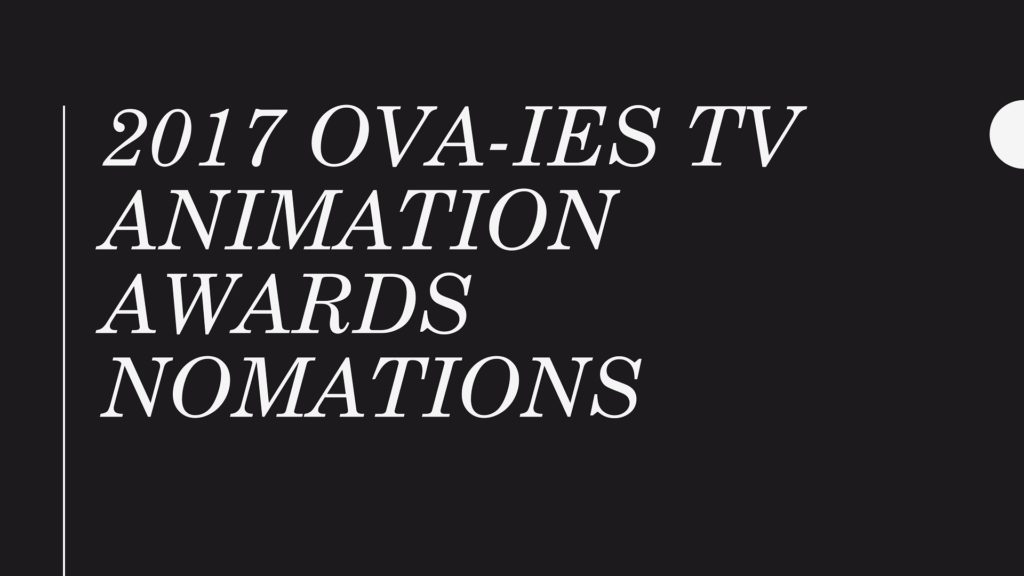 Here are the nominees for the 2017 OVA-ies Awards, celebrating the best in television animation from the year. Vote for your favorites in 5 categories. Winners are chosen 50% by an open vote, 50% from internal “expert” committees. Nominees were chosen internally by our patrons, co-hosts, hosts, and writers, and you can see the nominations below! Winners will be revealed in a podcast towards the end of December.

BoJack Horseman, Rick and Morty, Steven Universe, Star vs. the Forces of Evil, and Voltron: Legendary Defender lead with 4 nominations each.

Voting closes at noon on Friday December 22nd. Google sign-in is required for voting. Voting is anonymous, the sign-in is just required to restrict voting to 1 per person.

Check out the nominations announcement: