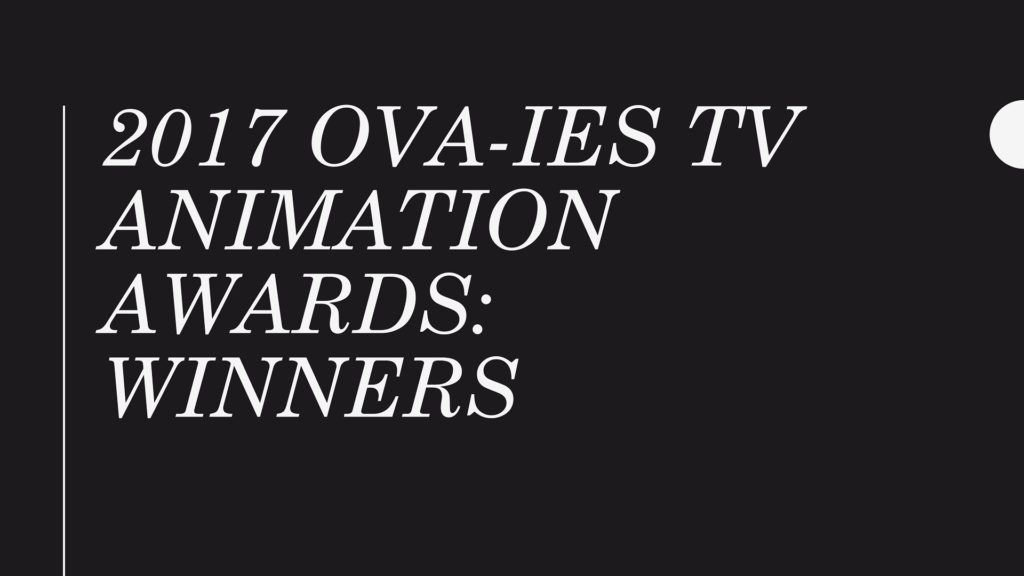 The results are in for our 2017 OVA-ies TV Animation Awards! After 1,420 votes cast and deliberations from our expert panels, the winners in five categories have been determined.

Listen to the attached podcast to hear Dylan and others announce the winners and analyze the results.

How the results were calculated: an average ranking was determined by averaging the placement in the Open Vote and what the Expert Panel ranked the order of the nominees. The specific percentage in the Open Vote did not factor in, only what place it finished (1st, 2nd, etc.) in the category’s vote. The Expert Panels were made up of people in our internal community who watch each show nominated in the specific category, and was factored into the final result to mitigate the popularity contest element.

Winner: “The Ricklantis Mixup”/”Tales from the Citadel”, Rick and Morty

Winner: Star Butterfly, Star vs. the Forces of Evil

John is a Data Analyst born and raised in Boston. When not podcasting with Overly Animated, he can usually be seen discussing politics, economics, Liverpool FC, or the Patriots to anybody that cares to listen. More by this author »