On May 4, 2016, Spongebob Squarepants aired a new episode guest starring Henry Winkler, Michael McKean, and David Lander. The latter two were on Laverne and Shirley but what caught my eye is the one and only, Fonz! Winkler played the cool cat himself for years on Happy Days, and him alone was enough to make me sit up and pay attention to Spongebob for the first time in years.That got me thinking about how often big names guest star in animated series, and how often they go unnoticed. So today I bring you my top ten favorite guest stars in animated series. I’ve decided to make recurring characters the cutoff. So if the star is in a few episodes here or there that’s fine, as long as they aren’t part of the main or supporting cast. There’s no hard and fast cutoff number, but hey, it is my list after all. 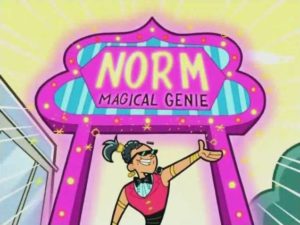 The first of several Odd Parents nods on this list, Norm the Genie is how I was first introduced to the dry, brilliant humor of Norm Macdonald. Not entirely villain, but more nuisance, the character felt like a fictionalized version of Macdonald himself, even bearing his name. On top of that the idea of a genie as a poor man’s fairy was priceless, and still his introduction makes me laugh to this day. Although his subsequent appearances weren’t quite as great as that first episode, his Mars suggestion to Crocker is probably my favorite running gag in an episode. 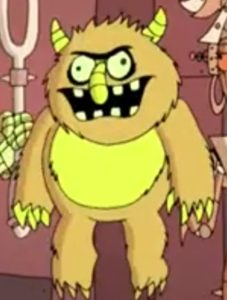 If you read my Hidden Gems articles then you know I adore Robotomy, Cartoon Network’s shortest running original series. In that article I mentioned that in just ten episodes the show racked up quite the list of guest stars, and of all of them here’ s my favorite. Gilbert Gottfried plays Tickle Me Psycho, a murderous take on the popular Elmo doll. An army of the toys amasses and plots to kill all the robots, leading to an all out war that ends with a fireworks show. Only Gottfried’s grating voice could fully capture the absurd nature of this character and plot. 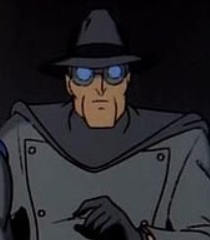 So here’s the set up, Batman has to solve a mystery involving Simon Trent, star of his favorite pulp crime TV show as a child, The Gray Ghost. The catch? Trent is played by Adam West, who is most famous for playing Batman on the 1960’s live action series. This meta humor payed off amazingly well, letting us see two of the most iconic Batman actors, Adam West and Kevin Conroy, side by side for the first time. The character was never brought back, but in this one episode we got to see a truly special pairing.

I love Spongebob! Not the whole show per say, but more the setup. I love the first few seasons, but after that the show starting going downhill. This is due in part to a switch in crew, but mostly they lost sight of what gave the show its magic. Yes this includes making the characters more simplified stereotypes and adding more gross out humor, but the show’s true greatest feature was Stephen Hillenburg’s style. See, Hillenburg, the creator of Spongebob, loved experimenting with the animation medium. He wanted to see what he could do with the format, and this show was his playground. After he stepped down as showrunner, the show lost some of that experimental nature, but this cameo reminded me why I fell in love with the show. In “Spongebob VS the Big One,” Nick hyped the appearance of Johnny Depp, but to me this cameo was much better. The Flying Dutchman gets sent to Davy Jones locker, and when he gets there we get a live action Davy Jones from The Monkees standing next to a locker of old gym socks. The mix of live action and animation harks back to David Hasselhoff in the first movie, and just feels like classic Spongebob. 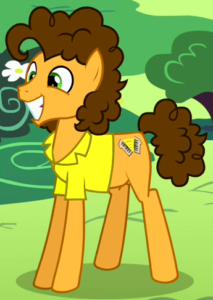 Yes, I’m a bit of a brony. Not like super fan status, but I can appreciate the show. Although I like a few other episodes, none of them took me back like this one. The basic plot is that Pinkie Pie has to face off against a rival party planner, Cheese Sandwich. On the surface that’s already a good plot, but the catch is Cheese Sandwich is played by the great Weird Al Yankovic. The character is very much inspired by Yankovic himself and is just goofy and over the top like he should be.