“The Lego Ninjago Movie”: The Longest Commercial You Will Ever See 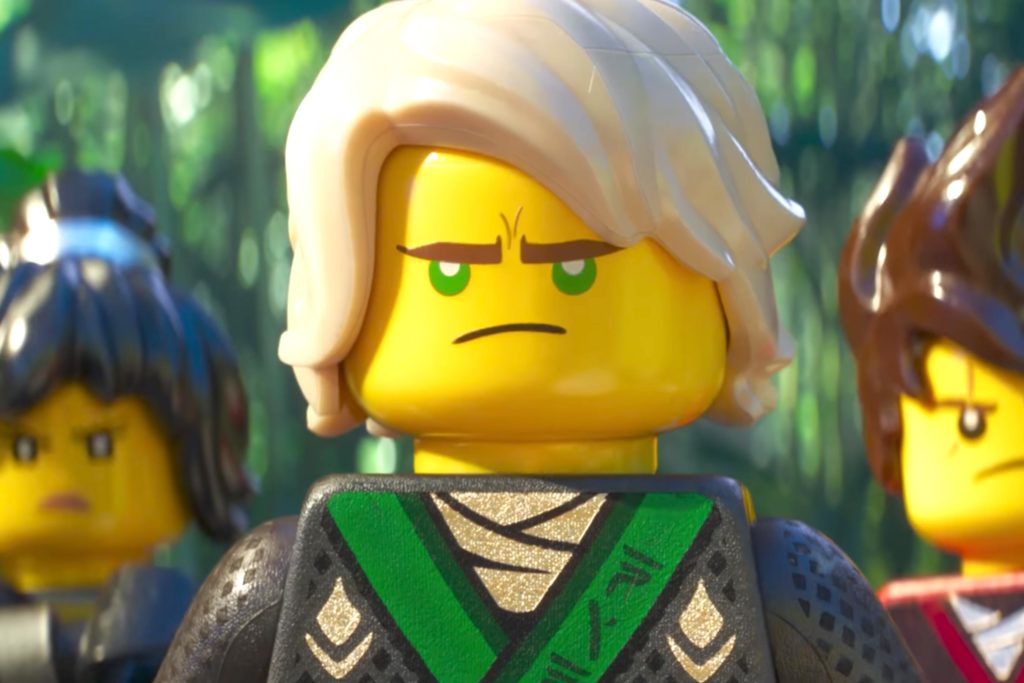 A nameless boy, bland enough to be a fill-in for all young boys in the audience, opens “The Lego Ninjago Movie” by entering an ambiguously Asian antique store. He meets Mr. Liu, played by Jackie Chan, and they bond over a Lego ninja figure that is conveniently in Mr. Liu’s possession. Without being prompted, Mr. Liu recounts the legend of Ninjago and his spoken tale quickly transitions into the familiar animated world of Legos.

For anyone with access to Google, warning alarms should already be going off. Ninjas are Japanese. Jackie Chan is not. It seems Hollywood can’t (or won’t) escape the clutches of orientalism. But hey, it’s only the first scene. The movie should be able to win the audience back with its strengths, right?

Animation is a tedious and expensive process. Months of tireless work may only result in minutes of footage. Although all films are collaborative in nature, animated films are particularly team-based ventures. Unlike live-action projects that have the world to use as a backdrop, animated films must create everything out of nothing.

From pagoda-skyscraper hybrids that only have seconds of screen time to sunlight and how it reflects on the flowing body of water surrounding a city, filmmakers must make the artificial come to life. Such a task is daunting, liberating and unfathomable to achieve alone, which is why end credits are filled with the names of writers, animators, storyboard artists, even baristas.

With so many creative minds on board, an animated film should rarely go wrong. But if that were true, we wouldn’t have “The Emoji Movie.” Although “The Lego Ninjago Movie” does not sink to such lows, the only positive aspect of the film is its animation. It continues the style of past Lego films, embracing the movements and visual details of Lego figures, but also adds stunning environments outside the world of plastic that surprisingly don’t clash with the characters’ signature yellow.

Like its predecessors, however, “The Lego Ninjago Movie” needs to justify its existence beyond the pecuniary motives of the Lego brand in order to succeed. Only through its plot and characters can the film prove itself as more than a byproduct of capitalism.

As a strange mesh of “Power Rangers,” “Star Wars,” “The Karate Kid” and feudal Japan, the movie focuses on the life of Lloyd Garmadon, who lives in the city Ninjago. His absent father, Lord Garmadon, constantly attacks the city in hopes to one day rule as its leader. City dwellers blame Lloyd for his father’s invasions, which usually leave parts of the city in ruin. Unknown to them, Lloyd is one of six members of the secret ninja force, a team of mecha-controlling ninjas who protect the city from Garmadon.

Lloyd is the Green Ninja. The other ninjas are unimportant. That is why “The Lego Ninjago Movie” fails. In the words of the film’s superior predecessor, “The Lego Movie,” Lloyd is portrayed as “the special.” Yet by the end of the film, a contradicting message is presented: Anyone, even the most ordinary, can save the day.

Although Lloyd hints at feeling inadequate, his feelings are drowned out and forgotten by the film as it centers the entire plot around Lloyd’s relationship with his father, makes Lloyd not only the leader of his team but also the only person capable of doing anything and showcases Lloyd’s dragon mecha as the most powerful and uniquely designed mecha of all. So, when Lloyd is celebrated for being ordinary, audiences can’t help but feel confused.

Imagine “Star Wars,” unchanged except for one additional scene at the end where Ben Kenobi’s force ghost tells Luke Skywalker that there is no Chosen One, that anyone could have saved the galaxy like he did. Given what we know of Luke and his story, such a scene makes no sense. “The Lego Ninjago Movie” relies heavily on these conflicting ideas.

Had Lloyd been a compelling protagonist and his relationship with his father been more than a predictable punchline, the film’s emphasis on Lloyd could have paid off. However, like all other aspects of the film (remember the orientalism?), he lacks complexity and authenticity. Both Lloyd and Lord Garmadon are uninspiring derivatives of archetypes that refuse to engage with any form of commentary.

Except for a lie, “The Lego Ninjago Movie” has nothing to say.

The film could have still been entertaining in spite of all these weaknesses, but even its action sequences are dull. Rather than showcasing each character’s mastery of combat and piloting, mecha duels feel like checklists of “things tie-in action figures can do.” Based on what we see, they can’t do much. The film even has a jingle that plays whenever anything remotely exciting happens, another reminder of the film’s true purpose.

The film ends back at the antique store with Mr. Liu and the nameless young boy. In a continuance of derivatives, Mr. Liu follows the path of Mr. Miyagi and offers to train the boy. In what, the film doesn’t say.

This superficiality cements what “The Lego Ninjago Movie” has been from the start: an expensive toy commercial full of promises but no substance.