Charlotte: a Teen Superhero Anime For the Ages

It’s been two years since I last watched an anime all the way through, and this was the perfect way for me to return. Charlotte is an anime made by Key in conjunction with P.A. Works: the same team-up that brought us Angel Beats. The show has been on my watchlist since it first aired in the Summer of 2015, but it took a listener of this podcast recommending it for me to finally watch. 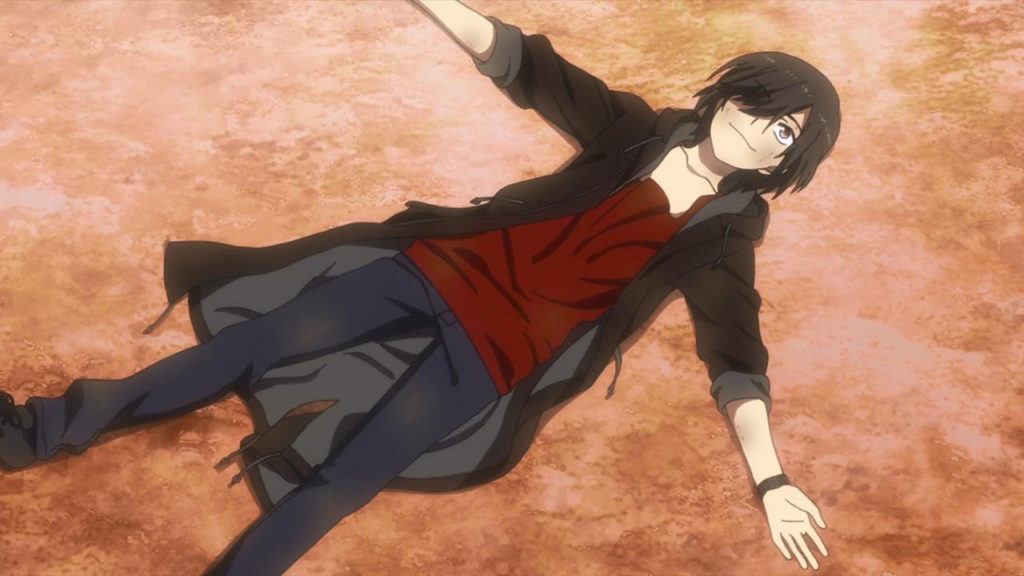 The show focuses on Yuu Otosaka, a high school student with the special ability to possess people for five seconds. After using it to look up skirts he decides the best way to use it is to cheat on tests. Eventually he gets caught and is forced to join a student council of other teenagers with special abilities. Together, they try to find those with powers and either get them to the school where they’ll be safe, or convince them to stop using their powers. Or at least that’s how it starts.

The first six episodes of the show follow this pretty standard adventure of the week format, but the end of episode six changes everything. The final moments of that episode deliver a massive gut punch that reshapes the show into something much more sophisticated. It goes from being a light, school romp, into a true superhero show, because that’s what Charlotte is at its heart: a superhero show. Our teen heroes have special abilities, but when they finish adolescence they lose those powers, making this show a perfect coming of age story.

This show shines in that story and its characters, particularly Yuu and Nao Tomori, president of the student council. Her story is tragic, and rather unique, but to get into it here would involve big spoilers. A lot of the great characters involve spoilers in fact, and even mentioning one of my favorite characters would be a spoiler. Just know that you will not regret spending time with these people.

The other piece I love is the animation and music. Music plays a very large role, but again, spoilers. To touch on the animation though, the way the eyes are drawn stands out. A lot of the abilities in this show involve eyes, and so it makes sense they paid extra detail to that, making the irises really pop with color. Looking at the eyes, even of those characters without eye based powers, was always a treat, and probably the most beautiful aspect of the show.

So give a Charlotte a try. The back half of the show will stun you, leave you crying, and give you one of the best couples I’ve seen in years. The first half is good as well, but if you don’t love it, at least continue through episode seven. I loved it, and I hope you do too. Thank you Joseph for suggesting this to me, it was certainly worth my time.