So indulge me for a moment if you would: for all that we cover animation we’ve never looked at short films, and that’s understandable. They aren’t as well publicized, and it can be hard to not only find short films, but wade through to the good ones. Now I’m sure many of you are thinking of short films, but how many of those are Disney? Sure Disney makes great animated shorts, but so do others. So today I wanted to challenge myself to list my five favorite animated short films not done by Disney. Honestly it was hard for me to think of five and I actually had to find a fifth. Hopefully you’ll be inspired to not only check out the shorts on this list, but explore and find your own favorites. 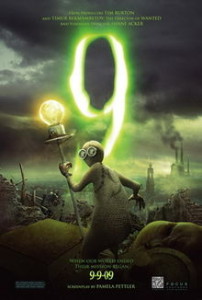 Now this was the only one where I couldn’t find a legal version on Youtube, but I know the short film is included as a special feature on the DVD of 9, the full film directed by Shane Acker based on the short. The plot is the same between the two, with small, puppet-like creatures imbued with the parts of someone’s soul trying to survive a post-apocalyptic world. The short is good, but I do prefer the full movie. The reason I put the short though is to show that this is the path that several animated movies take. They start as shorts and become full movies later, meaning looking at short films can be a preview to the movies of tomorrow. 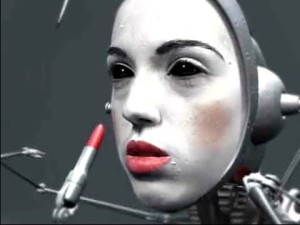 This one’s a bit rough around the edges. I couldn’t find much on it but I believe it’s a student project. On top of that it was done in the early 2000’s and as such it’s not the best CGI. I chose this short for two reasons though: its message and its style. It’s only a couple minutes long so I don’t want to spoil something literally everyone has time to watch, but the message it bears is very beautiful and speaks volumes to today’s society. As far as style the closest comparison I can make is Ex Machina. Both toy with the uncanny valley in their use of human faces mixed with visual effects.

Now we get into the more polished works. Zero was created by Zealous Creations, a studio I’m very fond of. This is the only entry on this list to feature full voice-over, and it shows. The short is sweet, like a fairy tale, and gives an enduring message of hope. Within its about 13 minute runtime it sets up an entire world where everyone’s worth is based on the number they are born with on their chest. The story asks, if worth is based your birth, what happens if you’re a zero? It’s a beautiful tale and a stunning example of what creativity can do. 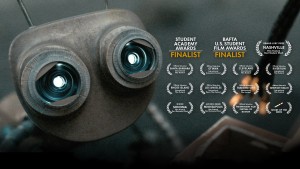 Now this one I’m a bit biased on as I’ve only seen it once so far. This is the one I found when I went digging for a fifth entry for this list, and boy was I impressed. A lot happens in just eight minutes, and the ending really makes you question how much we let small things hurt us in life. It’ll leave you slackjawed wondering why we do the things we do even when they’re pointless. Are we so focused on our goals that we let them kill us? All of this is told using an aesthetic similar to Wall-E, and that’s always a plus in my book. So although recency bias may play a role in this, I believe Wire Cutters is a great piece of animation. 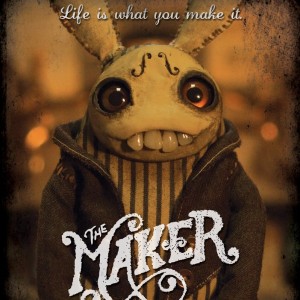 I can’t even count how many times I’ve seen this. This was done by Zealous Creations and in fact was only their second project, the first being Zero. Part of why I’m so in love with this film is the creator found the musician, Paul Halley, and wanted to bring his music to life. Around the same time he found an artist whose designs he liked, and he brought both together to create this five minute marvel. The handcrafted world is stunning, and the amount of detail that went into it is beyond belief. Even apart from that though, the film stands on its own as a great story, able to convey just the right amount of emotion and meaning while still leaving its world mysterious. Everything about this film just feels right, and although that’s not a very professional way of describing it, sometimes that’s the only way to say it. If you’re curious there is a behind the scenes video for this short which is where I got most of my information about its production; I highly encourage you check that out as well.

Again, these are just my personal favorites. There are so many short films I couldn’t even begin to make a list objectively ranking any because I know so little. So I encourage you to go digging, find projects that interest you. You never know what you may find.