The Unique Wish Fulfillment Fantasy of The Owl House

Spoilers for Season 1 of The Owl House.

It’s not hard to see the appeal of The Owl House. With a unique and creative art style, gorgeous animation, well-drawn (in more ways than one) characters brimming with personality, and top-notch writing, what’s not to love?

And that’s not even getting into its importance for representation in children’s animation. Its protagonist, Luz Noceda, is Dominican-American and recently confirmed to be bi by series creator Dana Terrace, which has been hinted at and will likely be explicitly represented in the show soon. And Amity Blight, another girl at the magic school Luz eventually attends, has been explicitly shown to be attracted to and romantically interested in Luz, and is a lesbian according to Dana’s recent AMA. 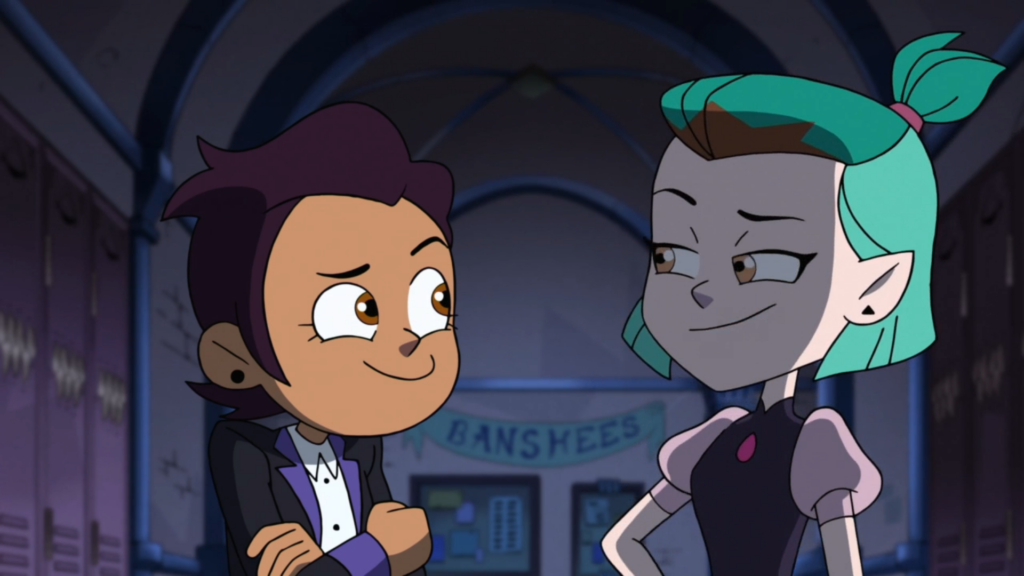 But there’s another appealing element to The Owl House. At first glance, The Owl House seems like well-trodden ground, albeit a particularly well-executed example. A girl who doesn’t fit in with her world is transported into a fantasy realm, the Boiling Isles, to learn magic: a pretty common wish-fulfillment fantasy. But the show’s fourth episode, “The Intruder”, reveals that a witch’s magic comes from a sac of bile affixed to the witch’s heart, something Luz lacks. Even her mentor, Eda, has no idea how Luz will ever learn magic.

But during that episode, Luz discovers a symbol within a spell that Eda had cast earlier creating a ball of light, and finds that by drawing the symbol, she can perform the now iconic spell too.

The fantasy of The Owl House isn’t just being transported into a world where magic exists, it’s living in a world in which doing magic is impossible, like ours, but you find a way to do it anyway.

This especially has an effect on Amity, a favorite character among the fans. Searching for “Lumity” will immediately show how important her character and her relationship with Luz is to the show’s viewers. In only a few appearances, Amity undergoes tremendous but convincing development from the bully she was presented as in her first appearance. 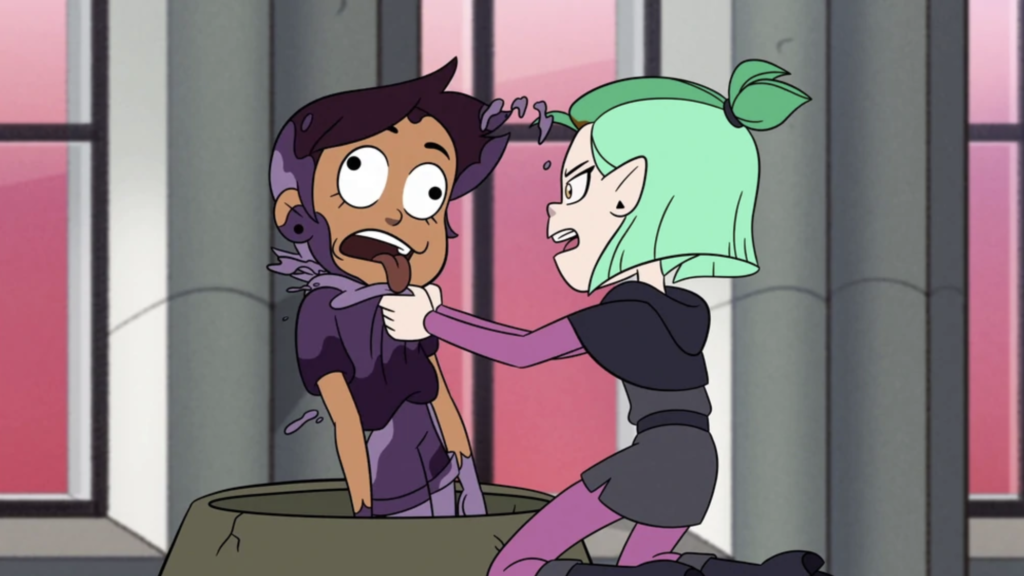 In the fifth episode, “Covention”, Amity is angered by even the suggestion that Luz, a human, is trying to learn magic, leading to a magical duel in which if Luz loses, she’ll be forced to stop studying to become a witch. Because Amity’s mentor cheats on her behalf, making it appear to the onlooking crowd that she has cheated, Amity runs out of the hall to be alone. And when Luz follows her to comfort her, Amity angrily demands that Luz admit she’s not a witch.

And Luz does admit it. But then she casts the light spell, to Amity’s amazement, and says, “But I’m training hard to be one. It doesn’t come naturally to me like it does for you, so I’ve had to improvise.”

This prompts Amity to undo the spell that would force Luz to stop training to be a witch, the first act of goodwill she performs in the show and the beginning of her compelling journey into a much kinder and happier person. And it all begins when Luz shows Amity something she thought impossible. The boundaries of what Amity thinks is possible were narrow, but Luz radically expands them just as much as being transported to the Boiling Isles did for her.

“Humans have no magical ability. But I doubt that’ll stop you,” Amity says after releasing Luz from her spell.

And indeed it doesn’t. It’s not easy for Luz. In fact, it’s not until the twelfth episode, “Adventures in the Elements”, that she learns to cast even her second spell. But Luz never gives up, and eventually she accomplishes incredible feats of magic and does other things also thought to be impossible by the inhabitants of the Boiling Isles. 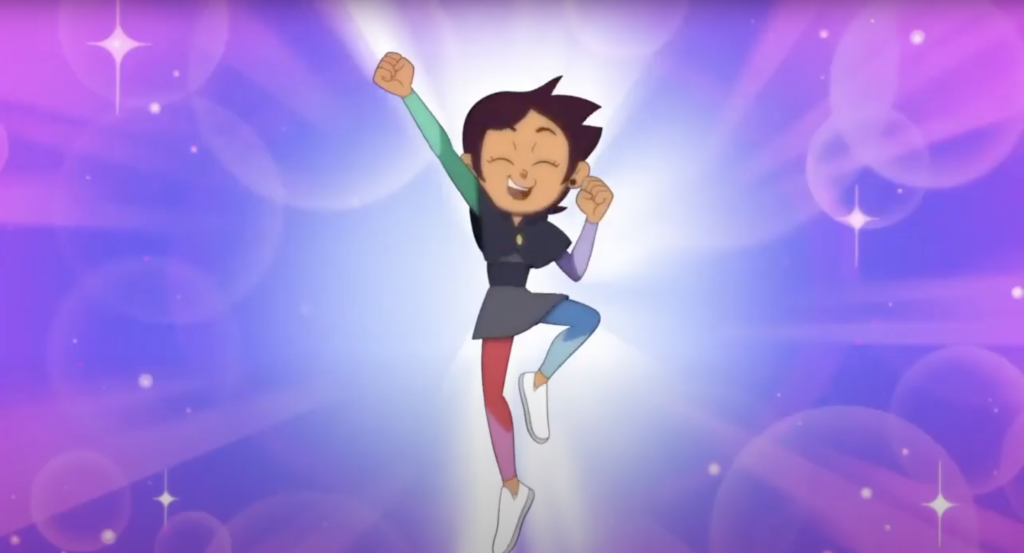 For example, at the magic school where Luz studies, students are expected to learn only one type of magic represented by the color of their uniform. But in “The First Day”, Luz not only convinces the principal to reverse this policy on behalf of students who had been relegated to learn nothing but also chooses to study every type of magic, earning her the only multicolor uniform of any student.

This drive culminates in the Season 1 finale, “Young Blood, Old Souls”, when Luz goes so far as to take on the authoritarian and seemingly invincible Emperor Bellows to rescue Eda from his custody. After being constantly told that defeating the Emperor is impossible, just as impossible as a human performing magic, Luz is able to surprise and outsmart him, and although she doesn’t defeat him, she is at least able to crack his mask, showing his vulnerability.

In that same episode, after the confrontation with the Emperor, it’s revealed that Eda has lost her ability to cast magic her normal way due to a curse. But Luz teaches her how to cast the light spell using her unique method, allowing magic to still be a part of her mentor’s life.

In real life, people can’t make a ball of light appear by drawing a symbol, but what is magic ultimately if not a method to change the world around us? And like Luz, with some hard work and an expansive belief in what’s possible, we can at least try to do that.

For example, that’s what the cast and crew of The Owl House has done by making the world a little more accepting of same-sex relationships, which is itself a small part of decades of difficult, dangerous activism for LGBTQ+ rights that has made tremendous strides, even if there’s a long way to go.

The message of The Owl House is that a better world is possible if we continue to work towards it even when the rest of the world is telling us it isn’t. 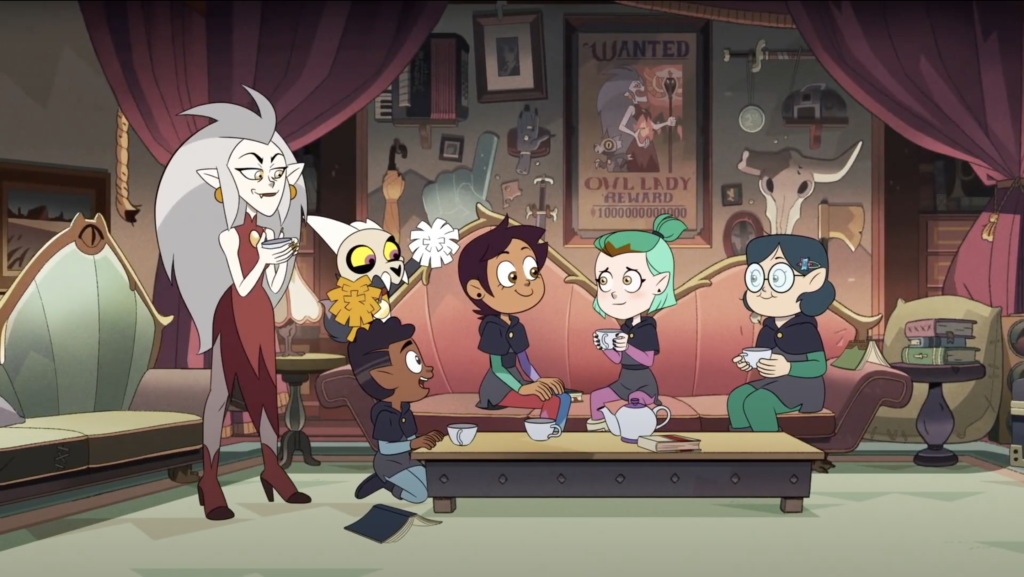 More by this author »