My Top 10 Western Animated Shows of the Decade

The 2010s were the best decade ever for animation, featuring an increasingly diverse array of excellent shows in different genres and aimed at different types of audiences. That diversity looks to be only increasing, which makes me very optimistic for the health of the medium moving forward. Here I look back on the decade, ranking in my view the ten best shows of the past ten years.

Some caveats first: I haven’t watched every show! This includes some big ones like Bob’s Burgers and Regular Show, so that might explain some omissions. This list only counts episodes of shows that aired from 2010-2019, so this hurt some shows and favors others that aired all their episodes during the decade. There were a lot of great shows that premiered this year like Infinity Train, gen:LOCK, Tuca & Bertie, and Undone that felt hard to include on this list with their limited number of episodes thus far, but absolutely project to be among the ranks of the shows here in time. And last, I only considered Western shows here: no anime just because I haven’t watched nearly as much of it!

And some honorable mentions: I was very tempted to include Mysticons on this list which would definitely have made my top ten personal favorites; She-Ra and the Princesses of Power has been very good but is missing its last 13 episodes which might have pushed it over the top; Archer was tremendous early on but then fell off and I stopped watching so I couldn’t really include it here; Craig of the Creek could easily be on this list as one of the most successful non-plot heavy shows of the decade and I hope we’re not nearly through its run; Over the Garden Wall would be the one one-season show to make this list if any, I think it’s really good but like it slightly less than most. 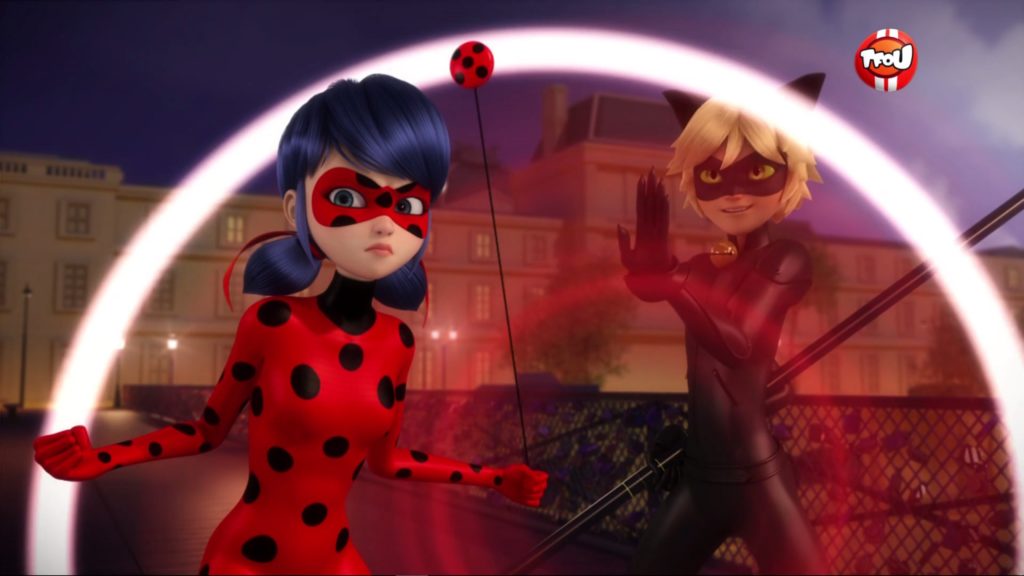 This spot could have easily belonged to any of my honorable mentions, but honestly Miraculous Ladybug really stands out looking back on the decade in a few different ways. First, the show is absolutely nuts at times. It’s not afraid to be really out there with its humor, which I love so much. At the same time, I believe Ladybug has established itself as the premiere teenage superhero property in the world. It explores the experiences of its two leads so well as kids having to deal with being superheroes and growing up. The many contrasting things the show has been able to do very successfully in its three seasons so far make it my pick for #10 here. 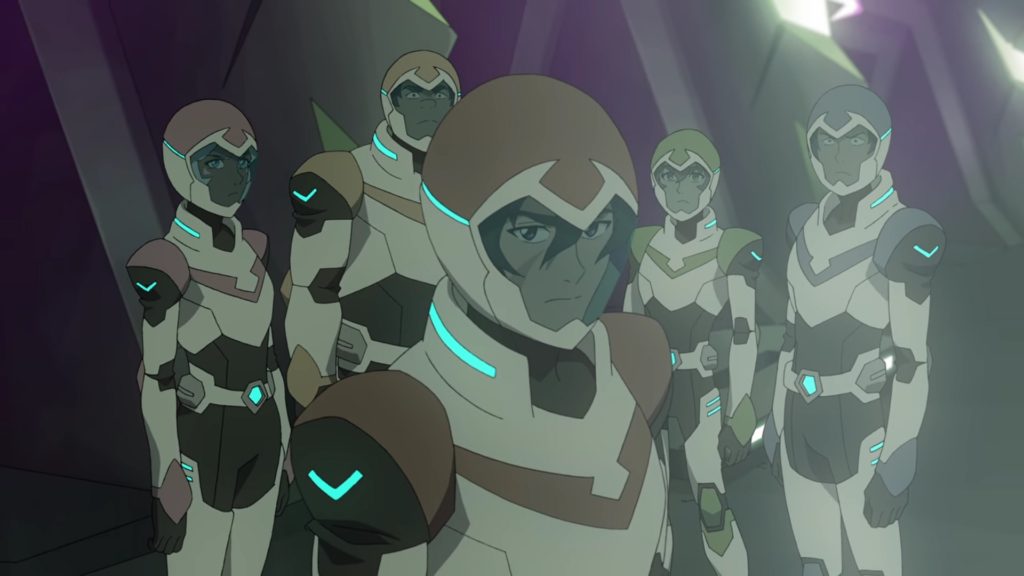 Let me be the first to call Voltron underrated looking back on it. Yes its first two seasons were only okay. And yes it had a frustrating final season. But when this show was good, boy was it good. Voltron Seasons 3 to 6 (Netflix abbreviated season designations make this seem like a longer period than it was) contain some of the best television of the decade. And even though I never connected with the show’s characters as much as I would have liked, Voltron’s production values were always incredibly high, and it had some amazing episodes with very high-level storytelling. 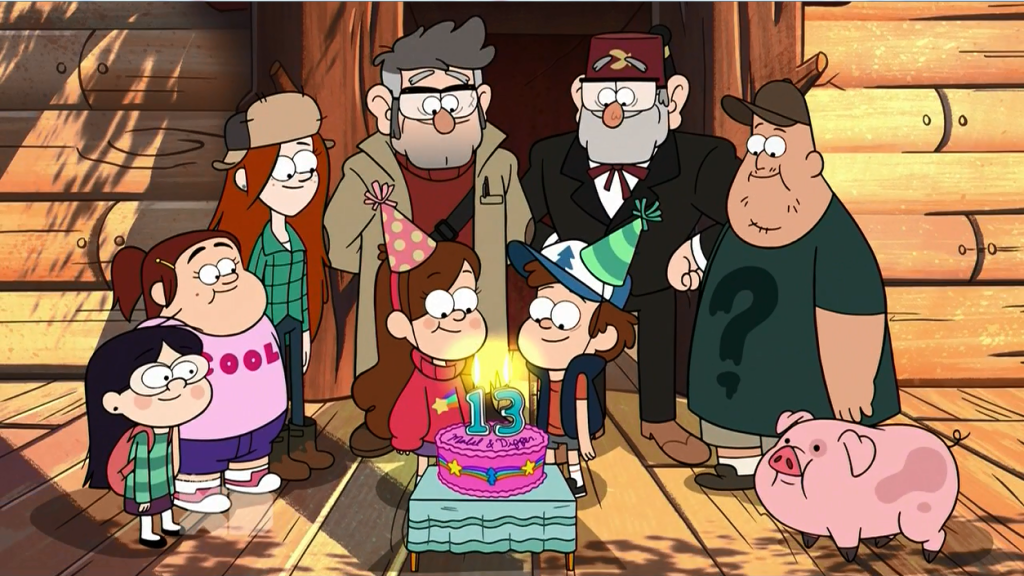 This might seem low to some! I loved Gravity Falls. It’s not higher because I think its short run and rush to shove all its plot into the second half of Season 2 hurt it, but it still accomplished so much in the episodes it did have. With wonderful characters and an enchanting world, Gravity Falls was really good right from episode one and continued to build its mysteries with high-quality episodes all the way up to its stellar series finale.

7) Star vs. the Forces of Evil 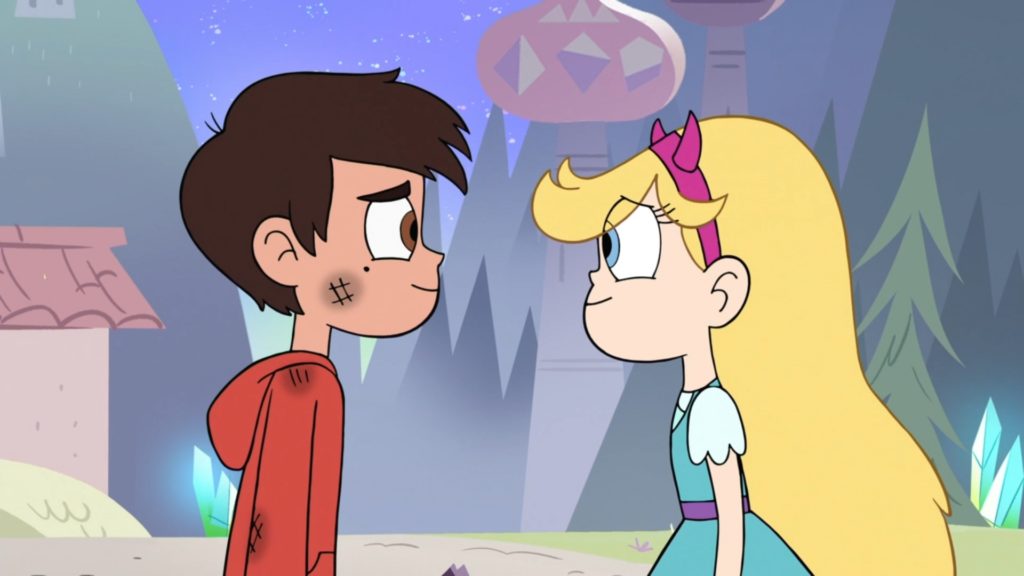 Star vs. the Forces of Evil features one of my favorite leads of all-time in Star Butterfly and one of my favorite character relationships (romantic or not) in Starco. Yes the show frustratingly drew out their romantic culmination and yes the show’s direction wasn’t always what I wanted it to be in the last two seasons, but Star was always incredibly fun, funny, and heartwarming. I’m not sure we’ll ever see a character like Star Butterfly again: the show’s dedication to her character and her unique yet realistic presentation are what will make this show stand-out forever. 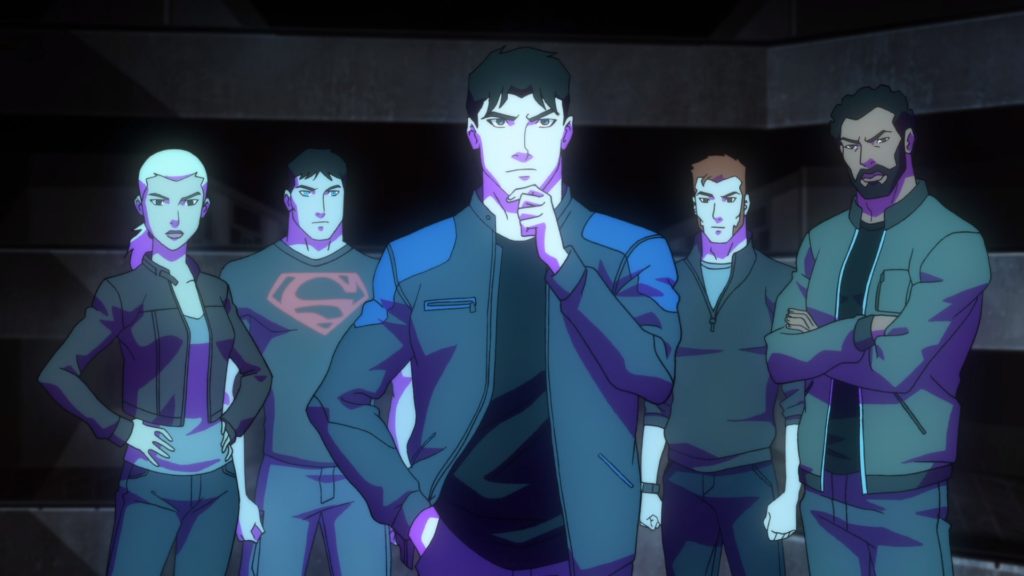 Young Justice is a show that spans the decade: from its fan-favorite, excellent first two seasons in 2011-2013 to its revival this year with its controversial yet brilliant (IMO) Outsiders season this year. Young Justice has way too many characters, moves way too fast, and tries to do way too many things (all of this especially in its season this year), yet it somehow has all always worked for me and is super charming. Many have tried giant superhero team-ups to varying degrees of success, but Young Justice is the greatest hero team-up property of all-time (don’t @ me MCU fans). 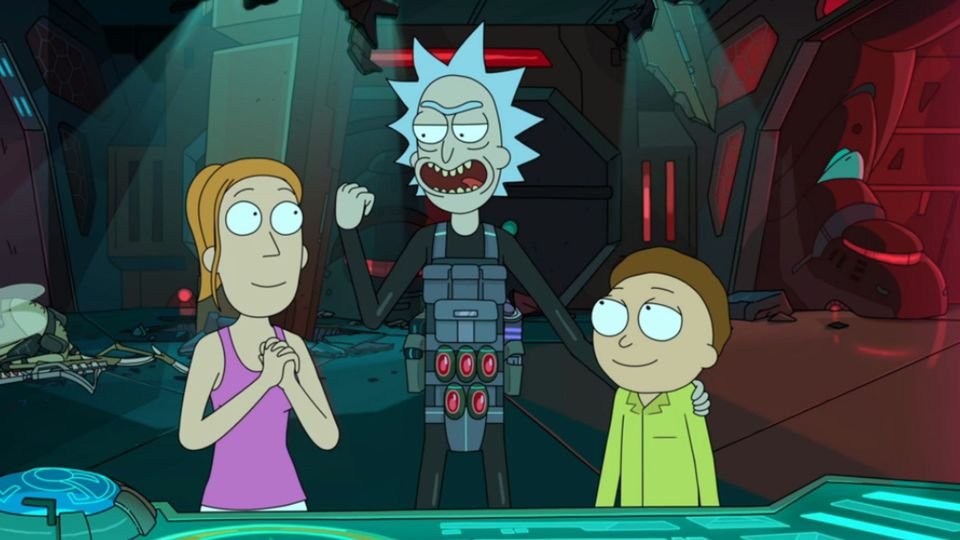 You son of a b****, I’m in… for putting Rick and Morty in my top five animated shows of the decade! Hahaha memes aside, Rick and Morty is one of the funniest shows ever and also incredibly smart, even if you don’t have a very high IQ. The show produced three very high-level seasons and we now enter the new Rick and Morty age of 70 more episodes to come. So far, so good! Season 4 has been just as great as previous ones and is hopefully a sign that this show will be very good for a long time. 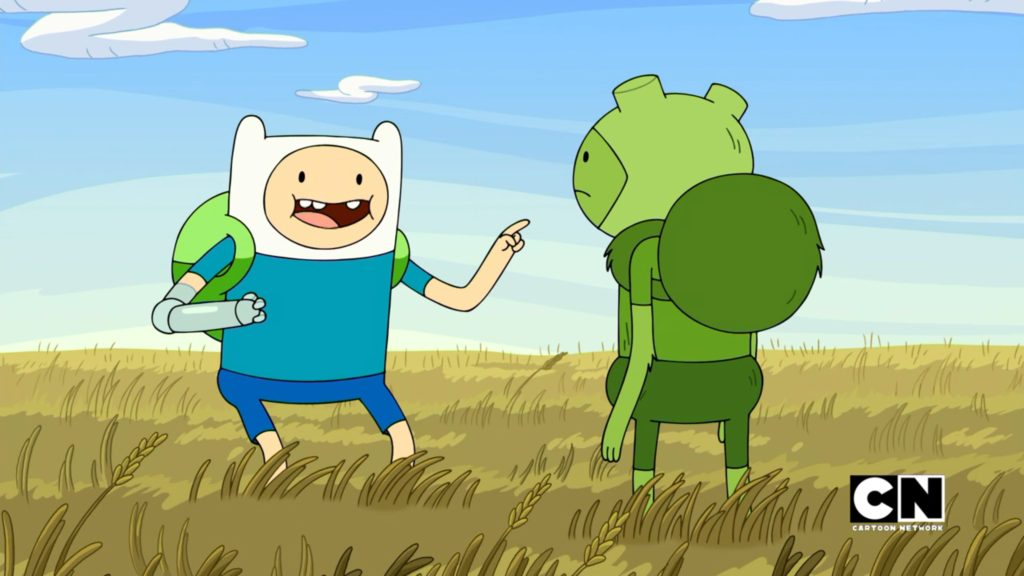 In some ways this is the show of the 2010s. Airing from 2010 until 2018 (with specials to come next year!), Adventure Time has been a defining show for modern animation, and even modern television in general. It had a very specific tone that’s hard to describe: sometimes quirky and zany, sometimes melancholy and poignant, that resonated with many, myself definitely included. There are some all-time great episodes early in the show’s run, and then the show kept going for a long time, but never fell off in quality too much. That’s something that I’ll always remember about Adventure Time: it was very good for a long time and kept finding new ways to tell interesting stories. 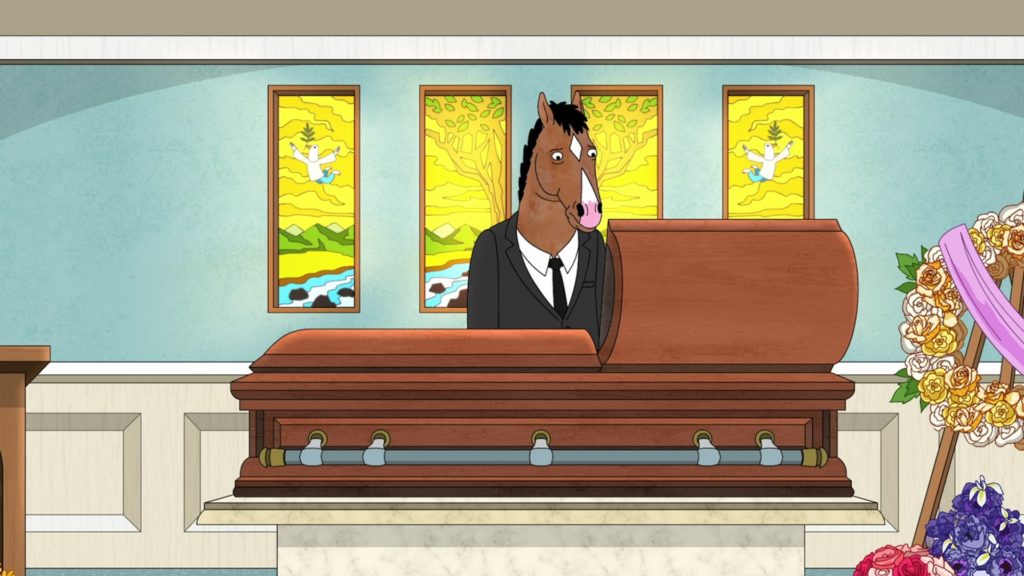 Ok, here are the big ones. I’m fine with taking any one of these last three as #1. We’re unfortunately missing its final eight episodes this decade, but BoJack is clearly one of the all-time greats. Throughout its run BoJack was consistently very funny and also very deep at the same time. The show’s blend of zany humor and psychological, often dark and depressing storytelling has made it resonate with so many. The show has always seemed so real, and communicates things about humans that I’ve never seen a show display so well, often through unique uses of animation as a medium. I can’t wait to see how all the BoJack characters end up and what the show’s ending has to say. 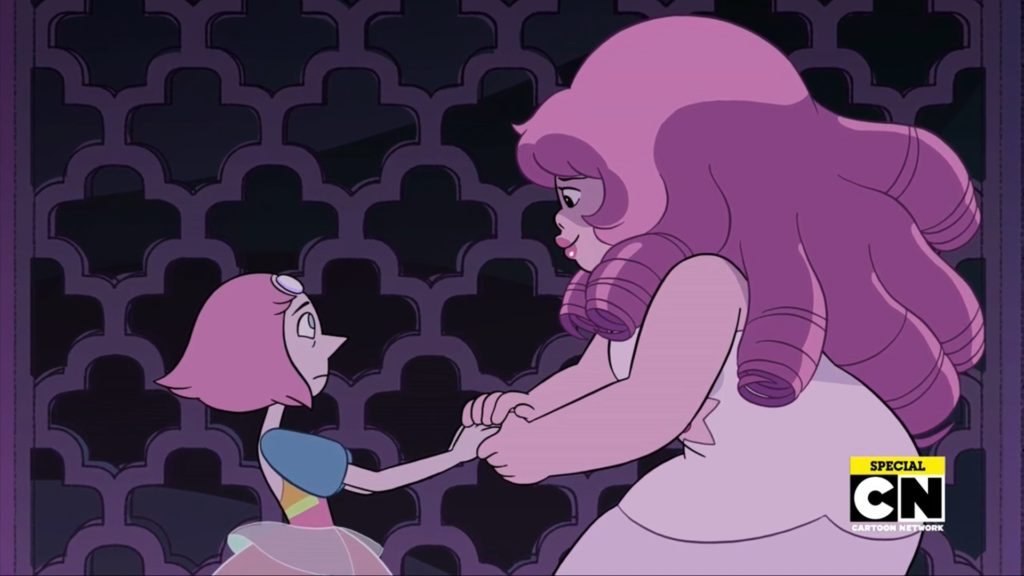 Steven Universe is one of the all-time greats. Its movie this year was one of the most perfect things I’ve ever seen. It has 25 or so episodes which are some of my favorites ever. The show’s unique emotional and thematic storytelling, often through song, has allowed for some of the greatest storytelling ever in animation. Last year the show featured groundbreaking queer representation that will hopefully allow the industry to grow progressively moving forward. Steven Universe has left its mark on all of television, and we can hope shows emulate elements of its storytelling in the future.

1) The Legend of Korra 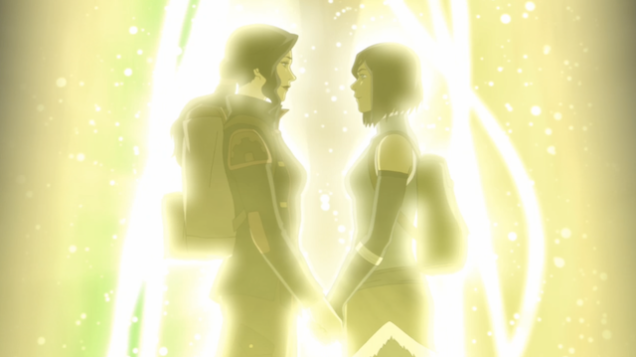 Maybe I’m biased here as Avatar and Korra are my favorite shows of all time, but I think Korra is one of the best shows ever. It features some of the best character arcs and serialized narratives that we’ve seen from animation. While Korra’s second season isn’t the greatest at times, its third season is one of the best television seasons of all-time featuring consistently high-level episodes. Korra herself goes through an amazing journey, one of the best arcs I’ve seen. The supporting cast, the world-building, the action scenes, and the stunning animation from Studio Mir are all stand-out. The show overall is probably the most complete package we’ve ever seen in Western animation.