Certainly bolstered by what might be the biggest twist in animation history, 2018 in animation has in many ways been the year of the twist. There have been several really great ones across multiple shows that each stood out to me for very different reasons. Here I’ll be highlighting five of my favorite ones and showing what makes them unique.

5) Live-action ending in “Colrath”, The Hollow 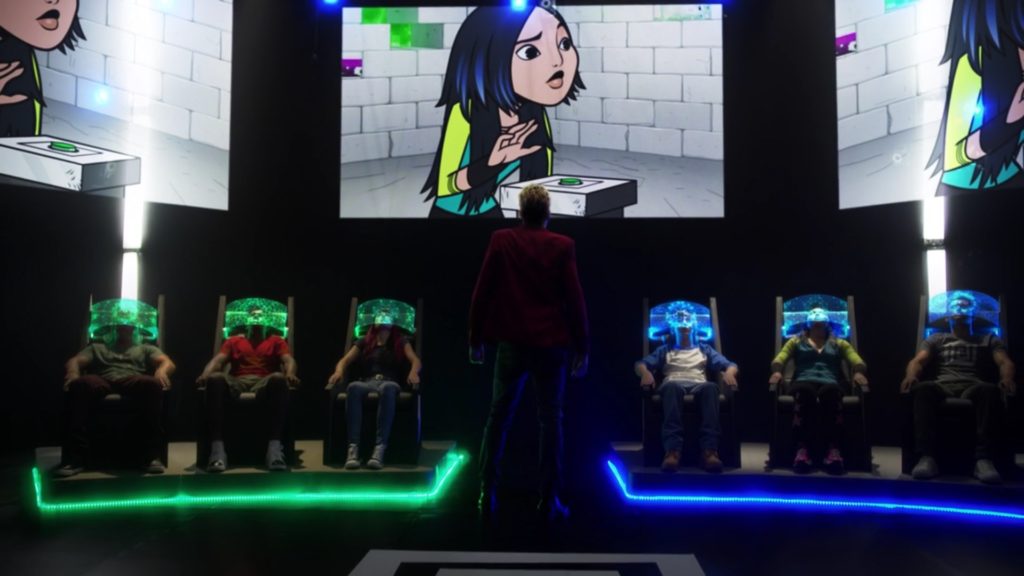 One of the most prominent twists of the year, this entry is different from most others on this list because the audience goes into the last episode of The Hollow expecting something. The whole show is a giant mystery that builds up to some reveal of what’s really going on. But what you aren’t expecting is a change in medium! The Hollow spends its last five minutes in live-action after being completely animated previously. And that’s what made this ending so impactful, it got around the audience thinking of every possibility on how the show would end by changing the playing field.

4) Vernal isn’t the spring maiden in “Vault of the Spring Maiden”, RWBY 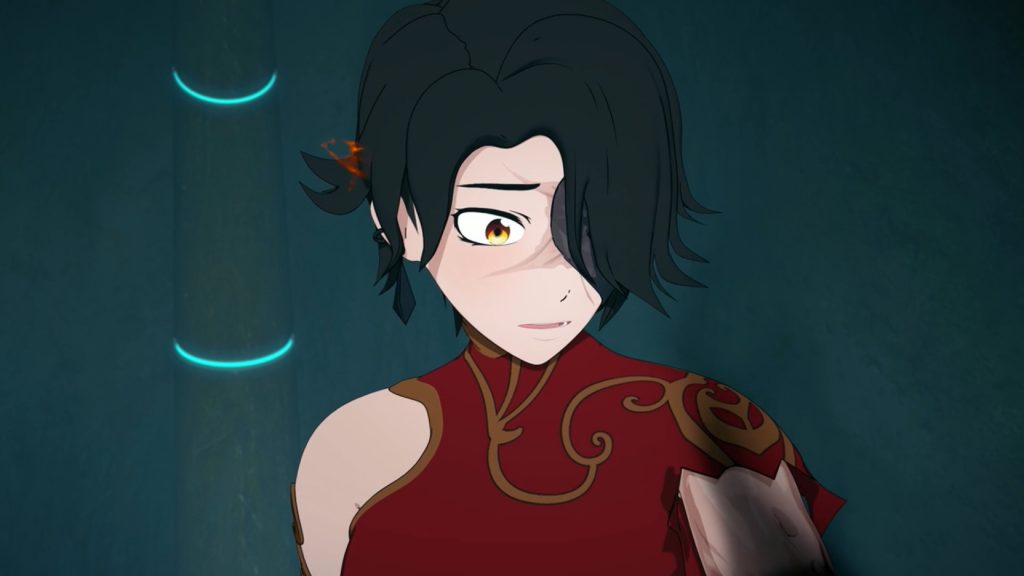 This was the ultimate subversion of audience expectations. RWBY set up Vernal in Volume 5 as the obvious bearer of the spring maiden powers. Her name means spring! It might seem too obvious but although RWBY has elevated itself tremendously this year, this twist played on the expectation of the show having a minimalist narrative. After episodes of thinking of Vernal as the maiden and not expecting anything more interesting, RWBY pulled the rug out from under its audience and it made for the most effective moment of the season.

3) Ava’s healed leg is an illusion in “Wonderstorm”, The Dragon Prince 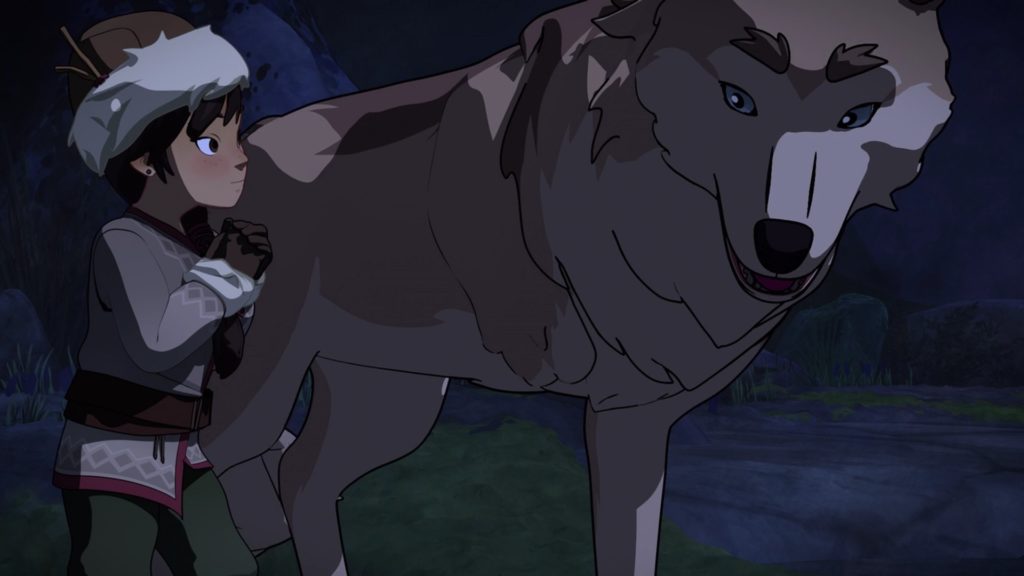 This one stands out for its compassion, a way I’m not sure I’ve ever seen before from a twist. It’s easily to believe the show’s diversion story of the dog Ava losing her leg, it being healed by some miracle force, and that saving her because it’s something morally questionable that many shows have done before. It’s so powerful when the episode subverts that to reveal that the new leg was an illusion just to make humans accept her. “She never needed that fourth leg to be happy. Everyone else did,” is the best line of The Dragon Prince’s first season. This is a twist of such unexpected tolerance and empathy.

2) Zarya is the twin in “Twin Stars Unite”, Mysticons

The culmination of 25 episodes of build up, this iconic Mysticons moment is the ultimate character twist. We learn that superhero teammates Arkayna and Zarya are actually long-lost sisters after having been told previously that Arkayna’s prophesy-designated sister was someone else. These are the best types of twists, ones that are the intersection of great narrative, impact on characters the audience is invested in, and make sense with the foundation of the characters involved. This twist was clearly planned from the start and the characters were built around the eventual reveal, leaving long-standing consequences to come for both character and plot. 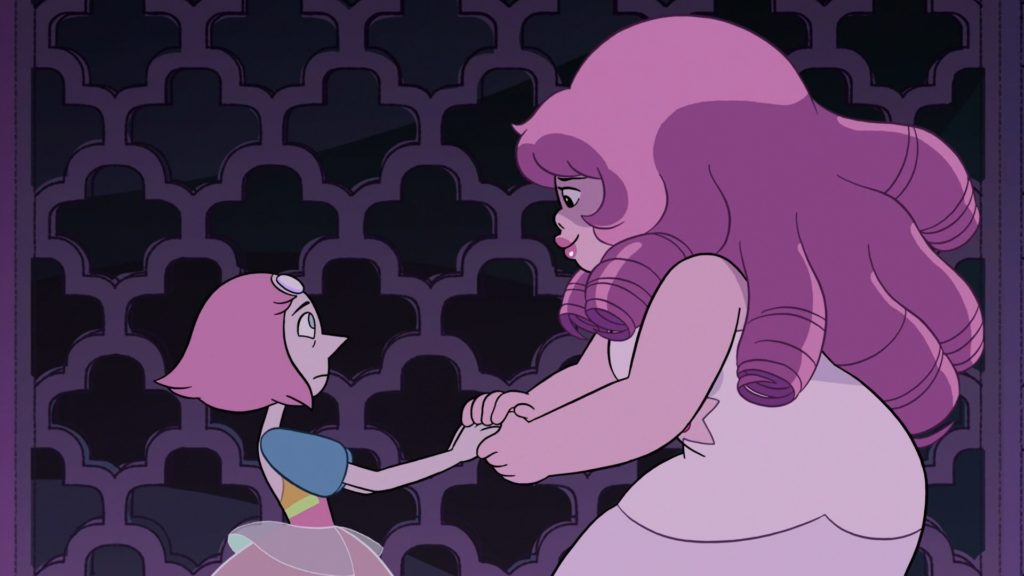 Years and years of buildup and mythology expansions were all leading to this culminating moment where everything clicks into place for Steven Universe. Rose is Pink Diamond. They hinted at it in the beginning, then did a series of smaller reveals to get the audience off the trail, and finally slowly primed the audience for it in a way where the twist ultimately made sense but was a shock given other recent developments. It’s one of the best twists I’ve ever seen and to boot is framed in “A Single Pale Rose” around emotional backstory for show’s best character, Pearl.