Gameboy Advance Video – Ya, That Was a Thing

I will always love the Gameboy Advance. It was my first videogame system, and I got it for Christmas when I was six. I was so happy to unwrap that thing, and I will never forget my first three games: Donkey Kong Country, Bionicle, and Backyard Football. I would get quite a few games over the years, but one kind of cartridge I would never get were those rare, white, Gameboy Advance Video cartridges. My mom thought they were a waste of money, and I mean, probably, ya, she was right. Even though I never had one, they remain a key memory to me of that bygone era. Today I want to look at what cartridges were released and whether they were even worth it. 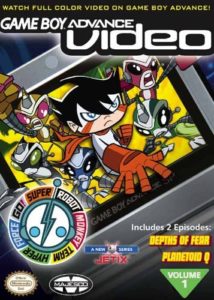 Let’s start with the movie cartridges. Yes, they actually put full movies on the GBA. Just like the TV show cartridges that we’ll look at later, though, they are compressed so heavily that not a single frame remains unmarred. Visual artifacts abound, and the resolution is only 240×160. That is the normal resolution for the GBA, but there is a big difference between Pokemon: FireRed, which is clearly sprite art, and Shrek, which was the first movie released. The only other movies released were Shrek 2 and Shark Tale. If that doesn’t take you back to the early 2000’s then nothing will. They even put the first Shrek and Shark Tale on one cartridge if you were willing to drop $30 for it. 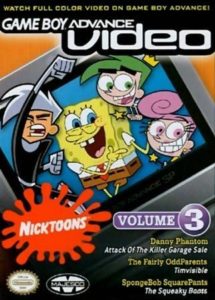 As for TV shows, once again, it’s the definition of early 2000’s. They made two cartridges of Sonic X, and if watching Sonic X on your Gameboy Advance doesn’t make you shout “GOTTA GO FAST,” then clearly we are from two completely different worlds. They also put the 2000’s Teenage Mutant Ninja Turtles on a cartridge, and several Cartoon Network and Nickelodeon shows got the GBA Video treatment. Codename: Kids Next Door, Dexter’s Lab, Cow and Chicken, Fairly Odd Parents, All Grown Up, Jimmy Neutron, and Danny Phantom all got a couple of episodes released, but most interesting is the one Yu-Gi-Oh! cartridge that was put out. It contains “Friends til the End,” the episode were Yugi duels against a brainwashed Joey. The only problem here is that it only contains parts 3 and 4. I thought maybe 1 and 2 were on another cartridge, but nope! That’s it! At least with a show like Pokemon they grabbed random episodes and nothing felt missing. You weren’t getting just the back half of a story! 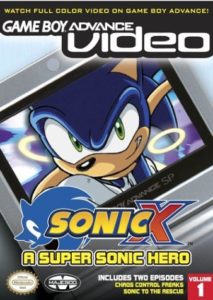 So how did all this happen? The cartridges were the result of an agreement between Majesco and 4Kids. That’s right, 4Kids gave us this odd little piece of history. They worked on actually putting the shows on the cartridges while Majesco made the cartridges. Cartoon Network, Nickelodeon, Dreamworks, and even Disney all worked with 4Kids on this project, creating this time capsule that has to be seen to be believed. By no means is Gameboy Advance Video the best way to watch anything, but the idea of being able to watch my shows on the go with a device I already had instead of a portable DVD player was enticing. It serves as a forerunner for watching shows on your tablet, and even Sony’s PSP tried the same thing. It may not have been the best, but it serves as a piece of animation history, and one that always makes me smile.