Who Should Voice White Diamond?

White Diamond: Queen of mystery. We haven’t heard her named on Steven Universe yet, but when it comes to theories, she certainly has more than her fair share. Her character is completely shrouded in mystery, and fans lap up every scrap of information we can get on her. As the resident White Diamond theory maker, I have taken it upon myself to begin speculating who may eventually voice the mysterious gem ruler. Some of these I have reasons for, others I just think would be cool, but without further ado, I give you my White Diamond voice theories. 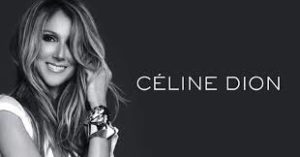 So far, most gems on the show have been voiced by singers. Both diamonds that we have seen so far have had singers voicing them, so it makes sense that the supposed head diamond would a singer as well. This idea is behind all my suggestions, and so I start with a regal suggestion in Celine Dion. If White Diamond is indeed the leader or highest of the diamonds, it makes sense that it would be a huge name. We also will probably only see her a couple of times, so similar to how Mark Hamill was the voice of Fire Lord Ozai, they can afford a major name here. Dion is a legend, and if she were to sing in the show, it would cement its soundtrack as the greatest animated show soundtrack of all time. 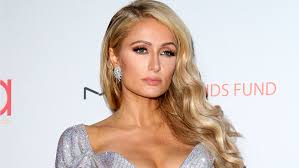 Please, please, please, please don’t kill me for this one. As much as I’d love to jump on the hate train, I actually love Hilton’s voice. Stars are Blind is one of my favorite songs, and so seeing her sing in the show would be very pleasant. Also, as we’ve seen with having AJ from Ally and AJ play Stevonnie, Rebecca Sugar is not against using 2000’s pop stars who have moved out of the spotlight. She only ever had one album in 2006, but it’s not bad by any stretch of the imagination. I think this could really help her image, and it would be a very unique choice that would throw off a lot of theorists. Consider this my dark horse pick. 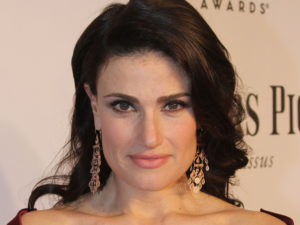 No! This is not just because I love Frozen with an unending passion that will never die. Menzel is a Broadway icon, and has been for quite some time. Sugar loves using Broadway singers as evidenced by DeeDee Magno Hall and Patti Lupone playing Pearl and Yellow Diamond respectively. She is arguably one of the most recognizable names in Broadway, and has appeal outside of Broadway now due to Frozen. She has already played one queen, let’s see her do it again. 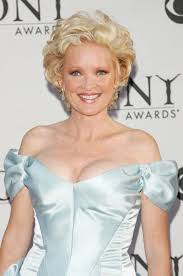 This theory actually has a little bit of backing. This comes from a Reddit person who also leaked that we were getting Topaz and Aquamarine, as well as that Lars would die. Apparently, after a show on Broadway, Patti Lupone said that her castmate Christine Ebersole would be playing White Diamond. As with Menzel, this does carry on the Broadway tradition that Sugar has established, and since she has been acting since 1972, it brings that kind of legacy I was looking for when making my choices. She’s not someone I would have picked, simply because I don’t know her, but since this has been rumored, I figured I’d bring it up, just in case. 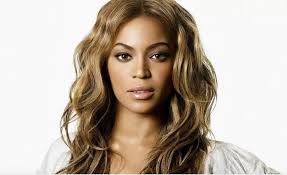 I mean of course. She’s the queen! She has to be in the conversation for White Diamond. She has been on fire the last couple of years and has had a great career for as long as I can remember. Her style of singing would also bring something different to the Diamonds, as we already have Broadway and Jazz/Irish, so her R&B/Pop flair would be brand new to the group of gem leaders. Also, I mean come on it’s Beyonce! It almost seems too obvious.

So those are my picks, let me know in the comments who you think should voice White Diamond when the day finally comes.