Gender, Evil, and Identity: A look at Bakugan’s Masquerade and Alice

Yes, I’m actually writing an article about Bakugan. In tournament anime aimed at kids it’s not uncommon to see characters have two entire personalities in one body. Whether this is portrayed as a different identity, a separate soul, or whatever anime magic they want to use, it’s a common trope. I had seen it used ad nauseam in Yu-Gi-Oh, so when it popped up in other anime it felt overdone. The one exception to that was Bakugan. It was a very Dr. Jekyll and Mr. Hyde setup, but the payoff was rather unique, which is why I want to talk about it.

To give a bit of background, Bakugan centers on a group of teenagers who find marble-like figurines and cards that fall from the sky. Instead of reporting this to authorities or anything sensible, they decide to make it a game. When they discover the figures contain literal gateways to another reality and gigantic monsters, they continue playing said game. Almost all the characters use Bakugan of one attribute. Dan has fire, Runo has light, Marucho has water, Shun has wind, and Julie has ground. The sixth main character, Alice, doesn’t battle much, and so the dark attribute is used by the primary antagonist, Masquerade. For almost forty episodes the gang has to fight Masquerade, until Dan offers him a place among them to fight the true villain, Hal-G. Instead of accepting, Masquerade drops his mask, revealing himself to be Alice.

This is where things get interesting. Alice, like her grandfather, was exposed to the evil silent core. The silent core gave each an evil personality that shared a body with them: her grandfather gained Hal-G, while Alice gained Masquerade. Alice had no idea that she shared a body with Masquerade, even though we were given clues throughout the season. Alice would disappear and reappear places without any memory of what happened, and Masquerade always seemed to know where the team would be. I want to break this down into three elements, how this revelation deals with gender, how it shows the concept of evil, and how Alice deals with this identity moving forward. 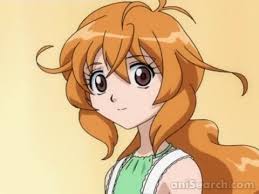 Beginning with gender, no one cares. Despite this being a show in the 2000’s, long before Legend of Korra or Steven Universe, the gender aspect of this is handled just fine. There are no jokes about Masquerade being a girl, no jokes about Alice being a guy, no characters crushing on anyone having it played for laughs and disgust. All the attention is instead focused on one of their friends secretly being their greatest enemy, and that’s where the focus should be. For as well as the show handles discussing this gender difference, the way it’s presented is somewhat flawed. Each character follows very stereotypical gender roles to a toxic degree. Alice never battles, despite knowing all the rules and being an amazing strategist. She is portrayed as not liking fighting, and being too shy and afraid of losing or being embarrassed. Not these are bad traits to have, but together with Alice always being in a dress and being very soft spoken, it’s a very stereotypical view of femininity. Runo is the tomboy of the show, Julie is the tough but pretty girl in love with Dan, and Alice is the girly girl. Not that fitting any of these stereotypes is bad, it’s simply that these are stereotypes. Alice being seen as the most traditionally feminine is made in stark contrast with Masquerade.

Masquerade is aggressive, manipulative, cocky, and for many episodes, considered evil. These are all the stereotypes of masculinity taken to a dangerous level, and as such, he is a villain. Neither is able to be part of the main team. Alice is shown as too feminine, while Masquerade is too masculine. While Alice’s grandfather simply was split between man and monster, Alice became split between two extremes of masculinity and femininity. While I don’t think the show is implying that masculinity is in its purest form evil, it is certainly an interpretation that a reasonable person could get from this, and that’s problematic. On the flip side, the interpretation that femininity in its purest form is helplessness is also problematic. The show portrays gender as a virtue in a similar manner to Aristotle’s Golden Mean. Aristotle believed that virtue was in the middle of the vices of excess and deficiency. For instance, the virtue of courage is between the vice of deficiency that is cowardice, and the vice of excess that is cockiness. So in this case, gender would be the virtue between the vice of deficiency that is femininity and the vice of excess that is masculinity. I’m not saying that this is true, but simply, this is one way of reading the Alice/Masquerade concept. The show never dives into how putting on a mask not only changes Alice’s personality to a different person that is male identifying, but immediately changes her hair to blonde, spikes it to immense proportions, and actually physically changes her body. I think the only answer we’ll find there is anime logic, so let’s move on to the show’s concept of evil. 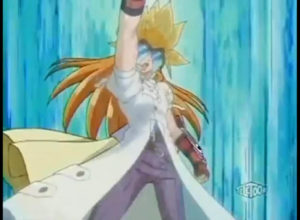 As I said, Masquerade is originally the show’s main antagonist, making him viewed as evil. He also uses dark attribute Bakugan, which are also viewed as being evil. This is why the gang is so shocked to see that Alice is Masquerade. They feel hurt and betrayed, especially at first when they don’t know what’s going on. When they find out that Alice herself was unaware of her dual identity, most of them accept it and treat Alice the same as before the reveal, except for Shun that is, but we’ll talk about him later. Masquerade was offered to join with Dan and the others to fight Hal-G, meaning that they must not have seen him as pure evil. As time went on, they saw him as in the wrong, but were willing to offer him redemption. This is how the reveal happens: instead of accepting this invitation of forgiveness and friendship, hypermasculine, cocky Masquerade instead flees. He takes off the mask, effectively vanishing, and, by giving Alice control, almost kills himself. It is only later, when Dan is in trouble, that Alice decides to put on the mask, become Masquerade, and help Dan, that he finds redemption. Masquerade never redeems himself, his redemption is forced by Alice’s refusal to carry an evil inside her. There is a third character in this story though, and that’s Hydranoid. 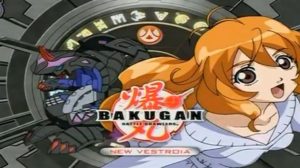 Hydranoid is Masquerade’s main Bakugan: his guardian. The two are close and share a strong bond. After Masquerade’s final appearance where he helps Dan, he tells Hydranoid to stay with Alice and be her guardian. Hydranoid becomes a friend of Alice, and although Alice doesn’t battle often, he becomes her main partner. Alice shows him kindness and friendship, and Hydranoid comes to see Alice, the other main characters, and their Bakugan, as friends and allies. He finds a more true and long lasting redemption than that of Masquerade, despite being a marble. 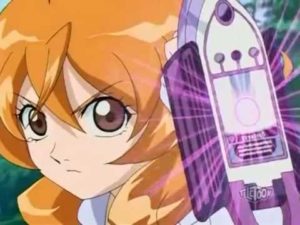 Finally, the show deals with Alice after Masquerade’s apparent death. It is implied that the identity of Masquerade is still buried within her, and Alice takes that to heart. She leaves the team after finding out she shares a body with him, despite most of the team begging her to stay. As I said, only Shun has an issue with her. Shun feels betrayed, and sees it as Alice’s fault Masquerade knew where they were at all times, and that Alice was no better than him. He was completely wrong in this thinking, as Alice had absolutely nothing to do with Masquerade’s actions, but that didn’t stop him from saying it, and her leaving. During the first season, Alice and Shun had a bit of a romance, though it didn’t go anywhere. I personally wish it had, as I wanted to see Shun come to terms with the fact that Alice wasn’t responsible, and accept that he mistreated her. I wanted to see Shun grow as a person from this, and although that didn’t happen, Alice did grow. When we see Alice in season two, three years have passed. Alice is older, wiser, and more accepting of battling. She isn’t as shy as she was when Masquerade controlled her, and at least in the show’s eyes, it seems she has found that balance between femininity and masculinity. She is a true friend, and strong person despite all she has gone through.

At this point in the show she’s only 17, meaning the whole Masquerade thing occurred when she was 14. She’s accepted what happened, and even though she knows she wasn’t responsible, acknowledges that it was her body that did this. What that means in terms of real world issues of identity disorders, I don’t know. It’s not my place to say as I don’t know enough, but I know that Alice dealt with the issues she faced in a way that helped her grow, mature, and become a stronger person. She could have completely crumbled, but instead grew strong. Although the show’s depiction of identity disorder is fictional and not how it actually works in real life, Alice’s bravery is still commendable, and something to admire. She faces the greatest struggle of any character in the show, and comes through it stronger than ever.

I’m still tired of this whole trope, but Bakugan shows that when it is done right, and with just an ounce of thought, it can become something great.