Nickelodeon and MTV are both known at least in large part for their amazing animated series. Everything from Avatar: the Last Airbender, Rugrats, and Danny Phantom, to Clone High, Daria, and Aeon Flux. Somewhere between the two channels, though, lies a link that has produced some very odd shows and content. Both of these channels are owned by parent company Viacom, who also owns BET, VH1, CMT, Comedy Central, Spike, LOGO, and all the channels that come along with those brands. Throughout the over twenty year history of the Nicktoons brand, it only makes sense that Viacom has moved shows from one channel to another.

Before diving into the shows whose production takes us outside Nickelodeon, let’s look at the ones that aired in syndication on other channels. Through my research, I could not find VH1, CMT, LOGO or even Comedy Central airing any Nicktoons. MTV aired the most, showing Rocko’s Modern Life, Ren and Stimpy, and Spongebob Squarepants even. While most of these syndicated runs happened well over a decade ago, Spongebob aired on the network in 2016. Spike also showed Ren and Stimpy (more on that later), but the most interesting syndication was on BET. They showed the only Nick Jr. show that I could find airing in syndication on a non-Nick network: Little Bill. In addition, they also showed the live-action Nickelodeon shows Romeo, Just Jordan, and True Jackson V.P., while MTV2 showed Kenan and Kel. So of those shows, Ren and Stimpy aired on the most, but why? 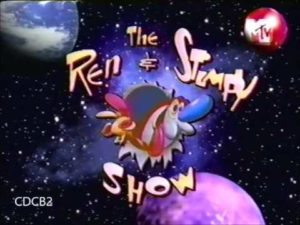 Before going further, I want to give a disclaimer. The next two sections will talk about episodes that have strong language, violence, and in one case, nudity. This article won’t show any of that, but if you want to watch the episodes mentioned, be aware of that.

Ren and Stimpy is a seriously messed up show. That is not just my opinion, that is what the standards and practices department of Nickelodeon seemed to think. Twenty-Two episodes of the show were censored on Nickelodeon according to the show’s wiki. Two of those episodes never even aired on the network, and another one wasn’t shown at all until 2003. John Kricfalusi loved pushing the limits of what he could do with the show, and quite a few times it seems, he pushed past the limit. Kricfalusi would leave the show after season two, in large part due to the episode “Man’s Best Friend,” which we’ll talk about soon.

Eventually the show would begin airing on MTV, where, due to the looser standards and practices, many of the censored episodes could air in their original format. “Sammy and Me” and “The Last Temptation” both aired for the first time on MTV, marking the first time a Nickelodeon show would debut episodes on MTV. Even then, “Man’s Best Friend” still did not air. In 2003, Spike TV would debut Ren and Stimpy’s Adult Party Cartoon, a TV-MA version of the show where John Kricfalusi returned to the program. The show produced six episodes of an ordered twelve, but only three aired. The other three would later release on DVD. Before the newly ordered episodes aired, however, the first episode to air under the Adult Party Cartoon was, you guessed it: “Man’s Best Friend.” Later, the episode would be released on the season one and two uncut DVD, which was put out by MTV, as opposed to Spike.

We all know about Ren and Stimpy though. There was no surprise seeing that in the title, but Kappa Mikey? That Nicktoons show that poked fun at American and Japanese culture that I wrote about? What does that have anything to do with MTV? Well, it turns out, it was supposed to be an MTV show in 2004. Unlike all the various rumors about shows being supposed to air in more adult forms, this one was actually true. I first heard about it a few months ago, and was skeptical. I want to give a big thanks to LSuperSonicQ for not only talking about this pilot on his channel, but actually contacting the series director. The director himself then uploaded the pilot to Youtube. It’s so rare that these rumors about an adult version of a show are true, but this one turned out to be right. It makes sense too. When you think about Kappa Mikey, the show has very meta and satirical nature that would have made it right at home on MTV. I love the version we got, but this pilot gave me just a taste of what it would have been like with a TV-14 rating, and it was fantastic. While with Ren and Stimpy, we have MTV airing what Nickelodeon refused, here we have Nickelodeon giving us the show MTV passed on. That leads us to the oddest circumstance. 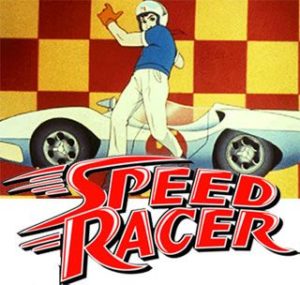 In 1993, MTV aired the original Speed Racer anime in the early morning. The show would later move to Cartoon Network, but it was MTV that brought it back into pop culture in the early 90’s. A few years later, the show Speed Racer X was made in Japan, but only 36 of a planned 52 were produced. In 2002, 13 of the episodes were dubbed and aired in America on, you guessed it, Nickelodeon. It gets weirder though, as in 2008 the first ever American made version of the franchise, Speed Racer: The Next Generation debuted on Nicktoons Network. It was the second original series for the channel. What was the first? Kappa Mikey.

In conclusion, the relationship between MTV and Nickelodeon is just, well, weird. From airing episodes too dark for Nick, to remaking a raunchy MTV show, to just both airing different versions of an anime, the two networks have been intertwined for decades. While nothing seems to have happened between the two for a while though, don’t be surprised if another pilot pops up somewhere.