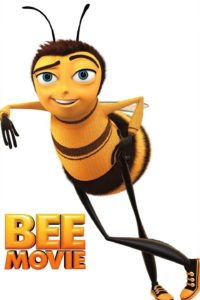 Context: Overly Animated writer/podcaster Sam Quattro decided, “All right. It’s Friday night. The world is ending. Gonna watch Bee Movie before we die.” I hadn’t seen the film in a long time, and given its upcoming tenth anniversary, it felt like a good time to revisit the wack-a-doodle Jerry Seinfeld vehicle, so I decided to watch along with her. What follows is our conversation during the film.

Sam: I don’t think I know anything about bees, so all of the funny bee things they’re throwing at me aren’t funny.

Alex: No, it’s very superficial stuff, so if you don’t find it funny, it’s just not funny.

Alex: I do love that Matthew Broderick has both this and The Lion King on his résumé.

Sam: He also had The Thief and the Cobbler, depending on what version you watch.

Sam: “That girl was hot.” “She’s my cousin! We’re all cousins!” Okay? So you’re all sleeping with your cousins?

Alex: “We all come from the same queen, hooray!” Also, ewwwwwwww.

Alex: Sigh, that “wear a gold tooth and start calling everybody ‘dawg’” doesn’t get any better ten years on, does it?

Alex: I’m really glad that Wiz Khalifa song wasn’t out yet with all the “Black and Yellow”s being thrown around here.

Sam: Their society is kind of Giver-esque, with the job choosing and Barry being the receiver of memory. 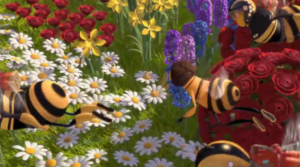 Sam: Also, OK they throw him out of the hive with no equipment to do anything? No protection? Why? He’s just out there in his dumb sweater.

Alex: I think the intent was to scare him out of the job.

Alex: They did get him to sign that waiver, though. Bee-torneys good at their buzzwords.

Alex: I know Patrick Warbuton gets panned for his performance here, but I think he rightfully goes over the top with his voice given the tone of the movie. He’s fun.

Sam: Oh my God, the human love interest WOULD be one of those “Bugs’ lives have value too, don’t kill them” types. I’m sort of one of those types, but I’m not going to fall in love with a bee.

Alex: Just the fact we have “human love interest” anywhere near this movie is where it falls apart.

Sam: I also like how she isn’t freaking out more that she’s talking to a bee. I’d run out of the house.

Sam: Bee Movie, sponsored by BUMBLE BEE TUNA. Also, she’s offering him coffee; how does he know what it is? 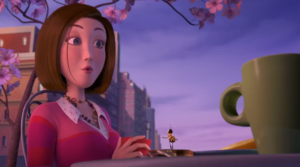 Sam: Why did she make him, a bee, a full cup of coffee? Which is bigger than him?

Alex: It’s like a Manhattanite wouldn’t know how to make a shot of espresso.

Alex: “How’d you get back?” “Poodle.” WHAT DOES THAT EVEN MEAN, JERRY?

Alex: I’m glad to see someone else witness this madness for the first time.

Sam: The only one who could understand her… was a bee.

Alex: That plane explosion during the fantasy sequence is one of the best gags in the movie.

Sam: Why is this guy not concerned about talking to a bee? Also, Jerry Seinfeld is a really bad voice actor.

Alex: Chris Rock is the best part of this movie. A shame he’s only in this for like 5 minutes, yeesh.

Alex: Everything is worse in this movie if you dig deeper.

Sam: Humans are profiting off of bee labor.

Alex: Oh boy, here’s the part where the movie gets even more stupid!

Sam: Beejesus. Oh, and these pop culture Larry King jokes are so stupid. How do bees know all of this?

Alex: They learned about Beejesus from the Biblebee.

Sam: So, there’s a bee God, and Beejesus died for their sins.

Alex: But instead of his body and blood, they partake of his pollen and honey.

Sam: This movie is so ugly.

Alex: The living things, primarily. I’m OK with the park and the backgrounds in general.

Alex: But he read a book in the last 24 hours, so he’s totally prepared.

Sam: How did they get a bear? 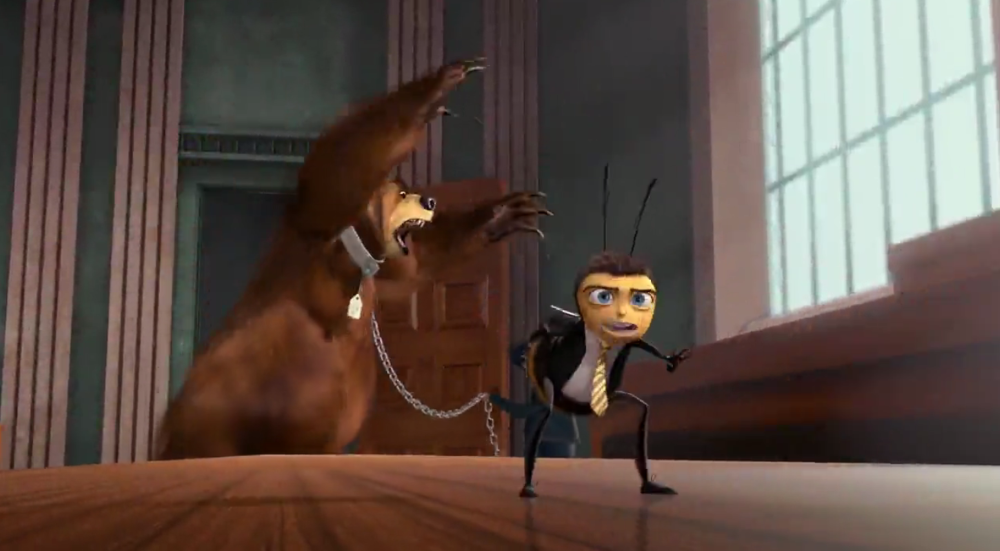 Alex: Fun trivia: That bear escaped from Over the Hedge.

Sam: OK, Barry in a doll table and chair is pretty funny.

Alex: This dude is way too experienced with that lighter.

Sam: He’s the best part of this movie.

Alex: Also, he’s right to get out of this relationship while he can. This lady is more crazy than he is.

Alex: I’m not sure if they’re going for an orgasm joke explaining what stinging felt like.

Sam: John Goodman going over the top with how he was hurt is pretty funny.

Alex: I don’t quite appreciate seeing his buttocks jiggle like that.

Sam: The bee-conomy is ruined. This is so stupid.

Alex: Don’t worry, it gets dumber! And this is somehow the stupidest part to me. The bees just took this as an excuse to be lazy. They could easily keep pollinating without having to bring back the nectar, I think.

Alex: Bee Movie, sponsored by THE TOURNAMENT OF ROSES and THE ROSE BOWL ON ABC.

Sam: Oh my God, they’re not doing this. THIS IS SO STUPID.

Alex: This thing is like three different mediocre movies strung into a bad one.

Sam: Really, it’s like they couldn’t make up their mind. 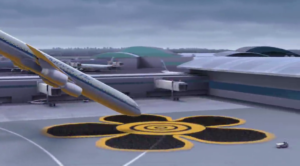 Sam: And then, everyone had really bad allergies for a while.

Alex: “I was already a blood sucking parasite. All I needed was a briefcase.” Thanks, Chris Rock. Like a legitimately OK joke.

Sam: Well, that was a huge waste of my life.

Alex: This movie was worse than I remembered it being.

Sam: It’s an incredibly unremarkable movie and the only reason why I think it’s a meme these days is because the woman and the bee are into each other. All these logical fallacies, bad voice acting from Jerry, ugly character models, terrible “jokes”, lazy pop culture references. and the plot really does feel like three movies got smashed into one, and not in a fun parodic way either. There were a few funny moments, but overall it really sucked. Did not even turn out to be as absurd or meta of a movie as much as I think I wanted it to be.

Alex: I mean, this is a totally loony concept. Bees suing the human race. You could make a really weird movie on that alone. But they also shoehorn in this love thing and add on a Save the World plot at the end, and it just comes out incomprehensible.

Sam: Maybe if some Adult Swim writers got ahold of it, it would have the potential to be better.

Alex: If Adult Swim had this, the first episode would have the colony stinging real-life Jerry Seinfeld to death.