Rick and Morty, What Have You Done?

That sweet, sweet 1998 Mulan promotional Schezwan teriyaki sauce: it’s all people are talking about this week, and considering what has gone on in the world, that’s impressive. People petitioning McDonald’s to bring back an almost twenty year old promotional sauce seems like a very niche idea, yet almost everyone has at least heard about it. All of this fuss is due purely to Rick and Morty.

On April 1, 2017, Cartoon Network had promised us an April Fool’s joke, and they let us down. Their great idea was to take old episodes of shows and slap some googly eyes on it: cute, but stupid. As the day wore on, it seemed that was all we were getting, until Adult Swim started. All of a sudden, Rick and Morty was on, but not just any episode, it was the long awaited premiere of season three. We knew we were getting a third season, but the release date had been kept under wraps. After the premiere, just as the hype was dying down, the episode began again, and then again, and then again. The episode ran eight times in a row, from eight to midnight, pranking everyone and announcing that Rick and Morty was back. Even though I was slightly ticked that Samurai Jack got delayed, it was still an awesome decision, and had a big impact on people, but the biggest impact, was that sauce. 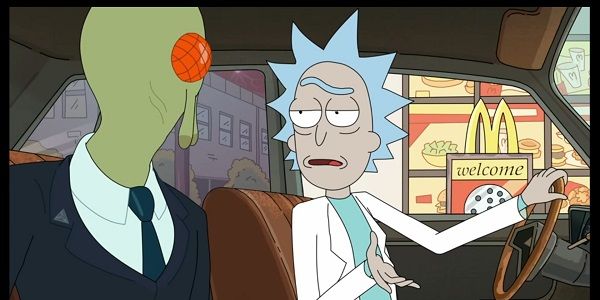 At the end of the episode, Rick goes on a big rant that includes him talking about wanting the sauce. Not only did Rick want that sauce, it was to be his series arc. Rick launched into a tirade about how this season would be their darkest, he ran the family and the government, and in nine seasons, he would finally get that sauce. The reaction was immediate: fans made memes, petitions, and DIY videos on how to make the sauce. As the quest for the sauce continued, the mainstream media picked up on it, with tons of articles being written about what the heck this sauce was, why it was gone, and why people suddenly wanted it back. All the attention was now off of the huge gap between Rick and Morty episodes, and now on McDonald’s for getting rid of a promotional sauce.

So what caused this to blow up to this level of popularity? The show has always made pop culture references and jokes ready for memes, but none of them reached this level this quickly. The two biggest factors are things I already discussed. First off, this was the highly anticipated season three premiere. Fans were hanging on every single word, and hence the last words became so memorable. The other aspect was that this episode ran eight times in a row. People who might have missed the premiere had another chance, and those who saw it, got to hear Rick’s speech over and over again. The conditions were a perfect storm to turn this gag into a huge ordeal. 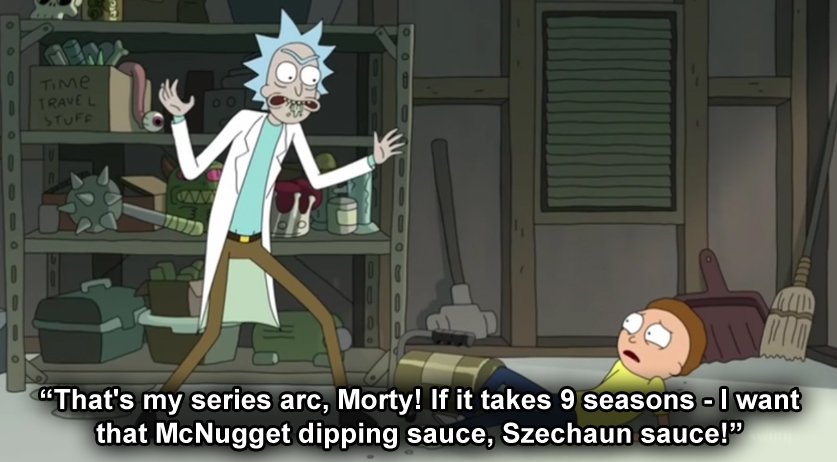 McDonald’s, as of yet, has not said anything about bringing back the sauce. It is available in other countries, such as China and India, but not yet in America. Will we get it? Probably not, but that’s not the point. The point is that Rick and Morty, because of a massive April Fool’s joke, managed to spark something, and make a twenty year old dipping sauce famous again.