Happy Valentine’s Day! Love has certainly been in the air recently in animated shows and movies and here I’ll be counting down the “top” (whatever that means) 10 couples, whether together now or in the future, in recent animation. 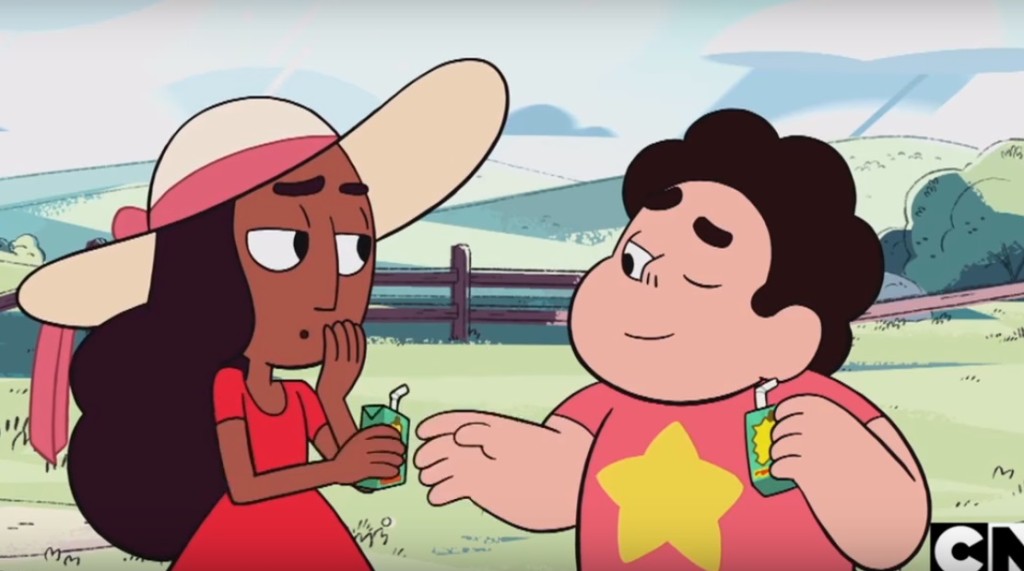 Although not the best friendship-first pairing of kids among animated shows (more on that one later), Steven and Connie is an endless source of joy in Steven Universe. They’re two young kids who obviously like each other beyond friends to a certain extent, but it’s not important to either of them yet and the show isn’t interested in exploring that. The dynamic of Steven and Connie is so refreshing because of how friendship-focused it is for two young people.

Definitely the most recent couple on this list, Susan & Frieda left a strong impression in the short amount of time we got to see them together during the “Islands” mini-series. We learned about Susan’s past and her childhood flame in the most impactful episode of the event, and we got an emotional reunion in the present. 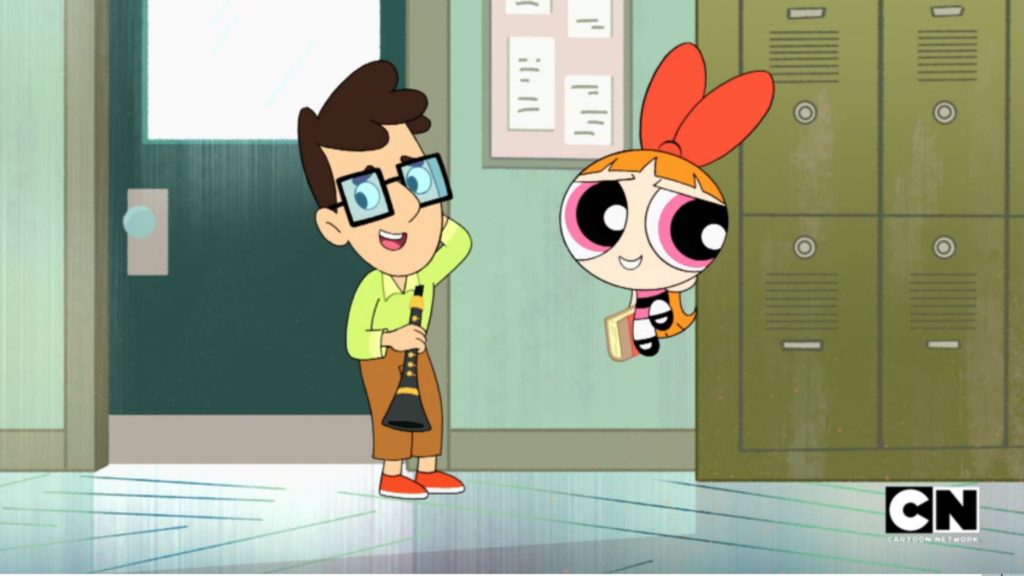 The most adorable, healthy puppy love you’ll see on TV comes from new Powerpuff Girls reboot. Here’s the climax of “Snow Month”, where Blossom is agonizing over how to respond to her crush Jared’s note asking if she likes him:

Blossom: “I thought the note you gave me was really sweet and while I think that you’re really great and some may even say I have a crush on you, I’ve given it much thought, and after consulting those closest to me, I’ve concluded that I’m just not ready for a relationship, is that okay?”

Jared: “Oh uh, I’m not ready for a relationship either. I just think you’re neat.” 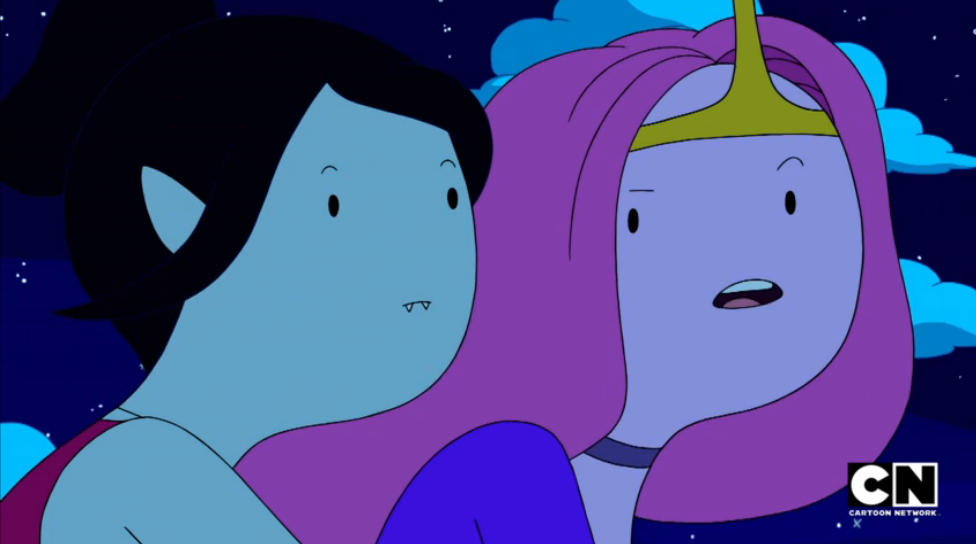 Bubbline hasn’t graced our televisions recently as much as we all would like, but Bubblegum and Marceline are still one of the preeminent animation pairings. Their episodes are always excellent, and their thousands of years old on and off romance definitely creates a unique dynamic that stands out among these other couples. 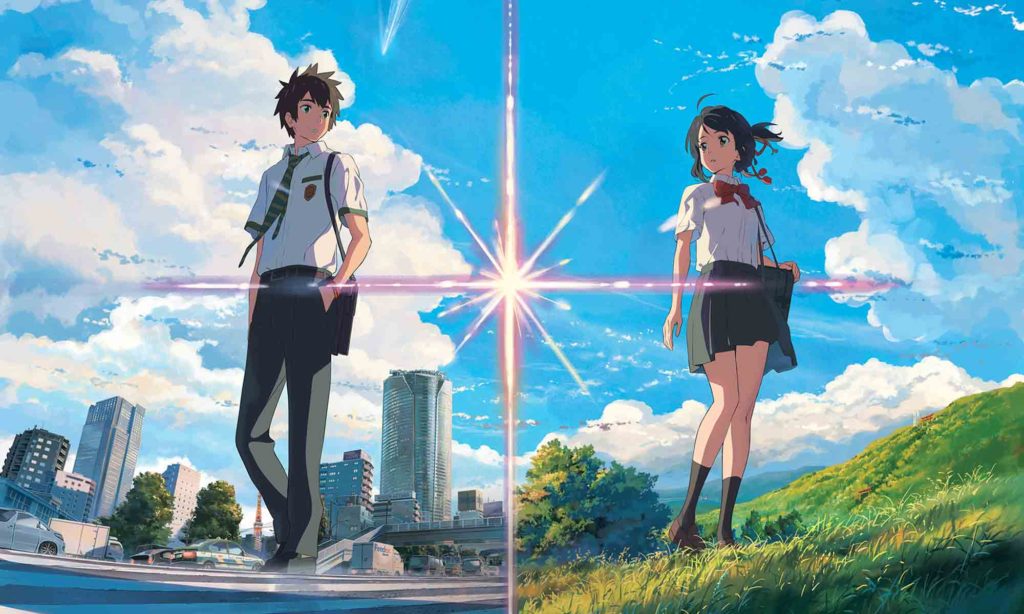 Your Name is an emotional journey of the growing intimacy between Taki and Mitsuha that results from them randomly swapping into each other’s bodies. After a while they know the other more intimately than anyone else because they’ve lived as that person. It’s such an appealing concept as the foundation for a romance and one that the movie executes in a way that gets you so emotionally invested in the two. 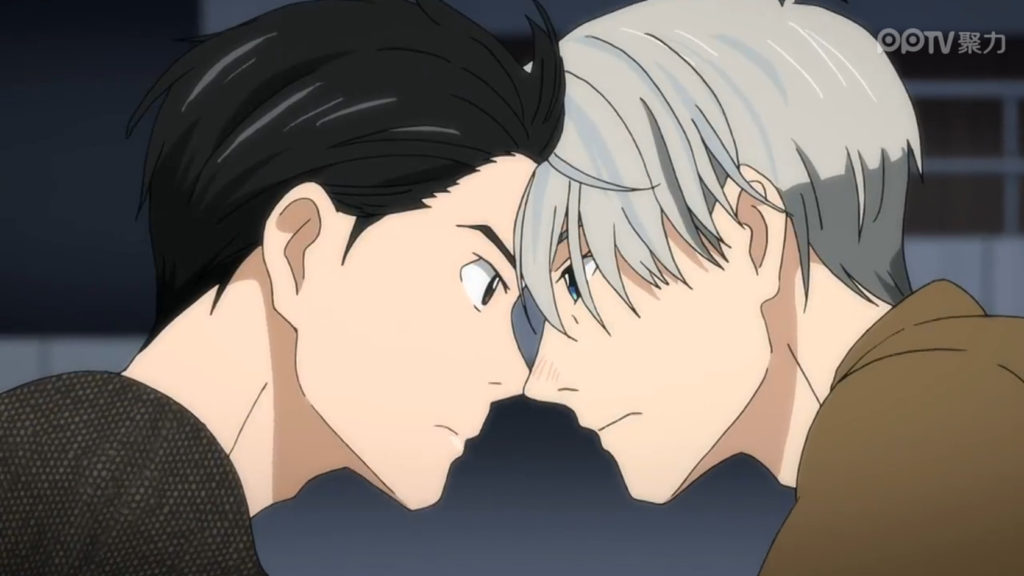 The preeminent male-male anime couple comes from a show that aired only a few months ago. Victor and Yuri’s romance was wonderful and memorable; it was a torrid escalation of passion that culminated in several of the best romance moments in recent memory. 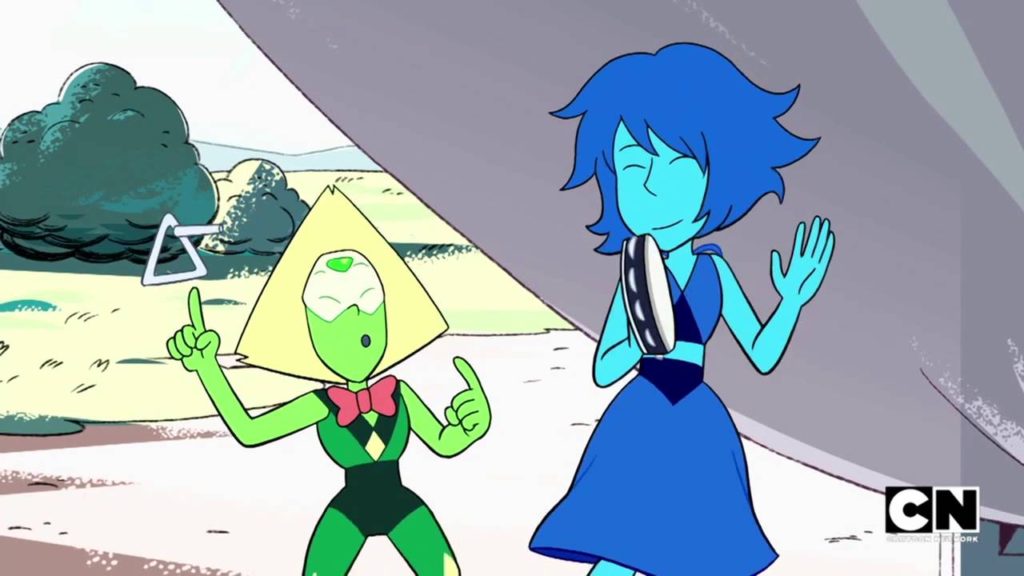 Lapis and Peridot is combination of two stand-out side characters with unique and opposing personalities. They make for some of the funniest episodes of Steven Universe, but it’s also really sweet to see the progression of the two aliens new to Earth, adapting to their surroundings, with only the company and comfort of each other. 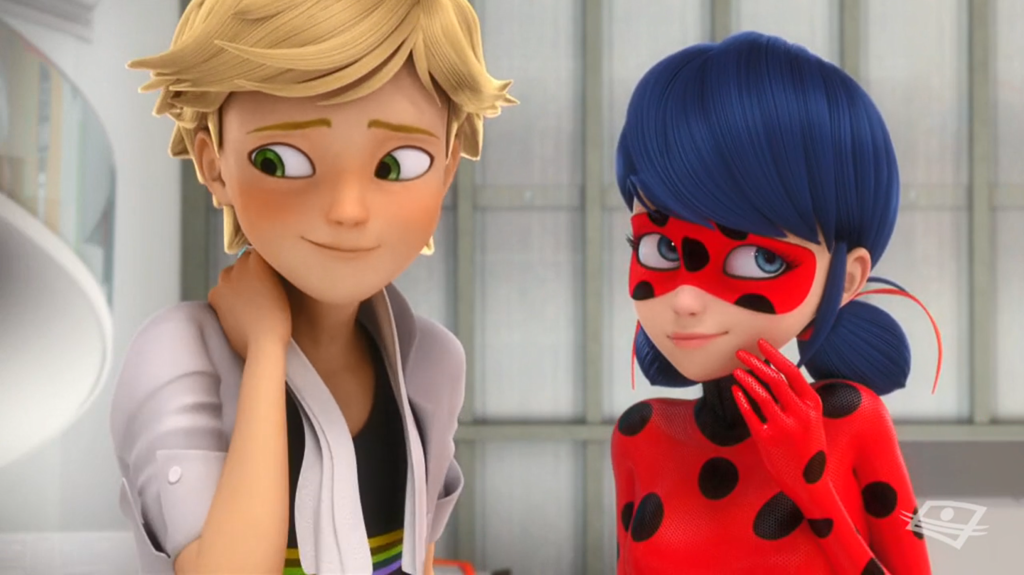 There’s a strong argument that Marinette and Adrien are the #1 couple in all of animation, since their entire show is based around them and their dynamic! The “they’re both superheroes but don’t know each others’ identities” allows for four unique couple dynamics and all are appealing and interesting. 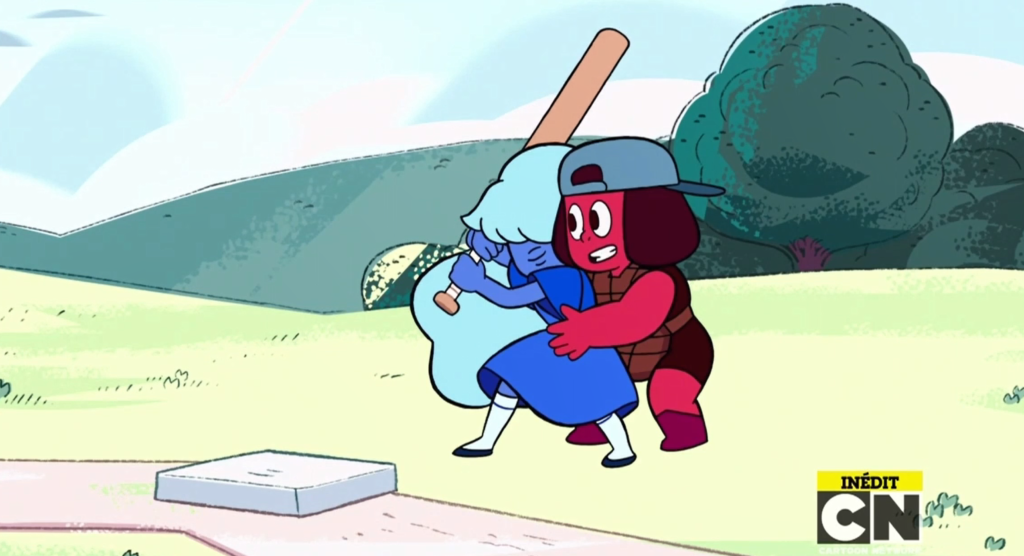 Ruby and Sapphire would definitely be #1 if they were on-screen more than a few times a year (Garnet is always there but that doesn’t really count). Regardless, they make the most out of their time always being the most adorable, whether it be being distracted playing baseball or in their fairy-tale origin story. I think Ruby and Sapphire are the best established couple on all of television.

Starco is just the perfect portrayal of two people with a romantic future. It’s rooted in Star and Marco’s adorable and appealing interactions. Their friendship is of course the foundation of any of their romantic feelings, and is the thing the two of them care the most about. It’s also the most important and best portrayed element of the show. But the show has made significant advancement towards portraying them romantically, and it’s doing it in such a great way. At first we focused on Marco and his potential feelings and then we suddenly pivoted into seeing the two through Star and her explicitly defined feelings. This pivot was at the perfect moment, coming as we focus on Star in a larger arc for her character of exploring her future in Muiny, while we also see the impact on Star of Marco exploring his feelings for Jackie. The result has been dramatic, emotional, and incredible for Star’s character and I can’t wait to see how the show handles the next step in the journey of Star & Marco.