The Moe-ization of Western Animation

If you’ve watched any anime over the past 10 years, any at all, you’ll know of a stark difference between it and Western animation… it’s way cuter! At some point during the 2000s, Japanese animation trended more heavily towards cute, moe character models, and towards plots that feature those characters doing everyday life things, rather than more typical action plots of the past. Well, this moe-ization has finally made its way outside of Japan and over the past few years has firmly supplanted itself in Western animation. 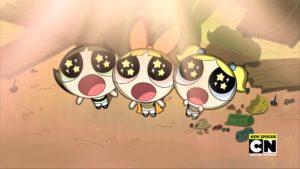 Is this a good or bad thing? I don’t know, and that’s not the point of this article. The point is to convince you that this is an actual trend that’s occurring outside of Japan. Let’s start with Cartoon Network, where this is the most obvious. CN’s go-to new show type is now apparently a chibi-stylized, slice-of-life reboot of one of their previous shows that used to be more action-oriented. Sounds exactly like what I described happened in the 2000s in Japan, only in a way more condensed and immediate fashion. Teen Titans Go!, the new Powerpuff Girls, and an upcoming Ben 10 reboot all follow this exact model. I can only speak in detail for the new PPG, which features more stylized, appealing character designs, in a show that is way more character-centric than the original. This makes for a much “lighter” and fun viewing experience, one seemingly geared more towards younger audiences (even though that’s not really the audience of many of these types of shows in Japan). The most notable thing about this is certainly how fast Cartoon Network’s programming has pivoted towards this style. We’ll see if this is a permanent new direction for the network, although one has to imagine not every single one of their new programs will go in this direction. 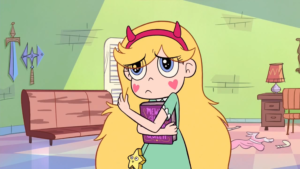 Outside of Cartoon Network, the trend isn’t as clear and distinctive. Over at Disney, I think Star vs. the Forces of Evil most embodies this, mostly from the character model of its main character. Star’s character model is so obviously designed to be maximum-cuteness, and the show’s mythology is even completely based around that original design. From the hearts on her cheeks to her Butterfly last name, character design came first and the mythology was built around it. Star’s world is also very bright and colorful to match her model. 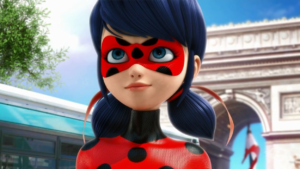 Cute-character-modeling first also can be seen overseas in France’s Miraculous Ladybug. In Ladybug, Marinette and Adrien’s character models are intended to be maximally appealing, and so are their superhero persona models. Ladybug started with a design for Marinette in her superhero form, as a cute girl in a Ladybug suit (because moe), and then the show’s mythology came next. Much like Star, Ladybug’s world grew completely out of this character-modeling, in this case in the form of sleekness and appeal.

All three of these shows have found success in their storytelling because they understand what they’re doing. PPG is completely character-first, Star is highly energetic, and Ladybug is flashy and surface-level (in a good way). All three have based the fundamentals of their shows around the premise of cuteness, in three different forms. All three have pulled it off. Moe has legs in the West: it can be applied in different ways to different, successful effects. One way that hasn’t been applied from any of these? Plot-oriented narrative, which is also mostly true in Japan (there are big exceptions though like Puella Magi Madoka Magica). If this trend continues in the West, we many find shows like Avatar: The Last Airbender a thing of the past. That is, unless the industry finds creative ways to adapt this moe-ization in the future.