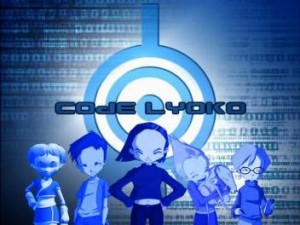 When we think about great cartoons from the mid-2000’s many people turn straight to Avatar: The Last Airbender. While that is a truly incredible show there was another show over on Cartoon Network that was doing something amazing. I’ve praised this show previously in my top ten most expansive animated worlds but I figured it was time I dedicated a full article to Code Lyoko. Code Lyoko began in 2003 and ran until 2007, so for about half of its run Avatar: The Last Airbender was also on which meant steep competition for best animated series.

The show followed five teenagers who went inside a virtual world called Lyoko to fight an evil artificial intelligence. It followed a unique animation style of having its real world be done in an anime-esque style while its virtual world segments were CGI. At times, especially in its first season, Code Lyoko was far from perfect. That first season followed a monster of the week formula that wore thin after a few episodes, but is still worth watching if you find yourself liking the show. The two-part season one finale is were things really started picking up, and from there on the show was a powerhouse. It began building up several mysteries and had a wide cast of supporting characters, all of whom got a chance to be fleshed out.

The best comparison I can make on individual episode pacing is Power Rangers. Each episode starts with something happening with the artificial intelligence X.A.N.A and soon the teenagers, the Lyoko Warriors, become alerted. They enter Lyoko, thereby transforming, fight the threat, and then go back home. Even though every episode more or less follows this formula the show is still able to create variation and keep things feeling fresh throughout the four seasons. I don’t want to spoil anything about the show but it does keep you on your toes and tackle some big stuff. Nothing groundbreaking but some of X.A.N.A’s attacks can be pretty disturbing.

In addition Code Lyoko was treated very similarly to The Legend of Korra. Both shows were beloved, but like Korra, the last episodes were only aired online. Unlike Korra though which did eventually air on Nicktoons, Code Lyoko never finished airing on Cartoon Network. So take the time to go ahead and check out this little gem; I think you’ll find it worth your time.