There are some articles I hoped I would never have to write, and this is one of them. Today, Stephen Hillenburg, creator of Spongebob Squarepants, has passed away. As I’m writing this I’m still trying to come to terms with not just how much this man accomplished, but how much he impacted my life. Everyone who knows me knows that I treat season two of Spongebob like a religion. I can quote literally every episode of that season, and it is my go-to in times of need. Whether I was sick in bed, sad, or worse, those episodes could always turn my day around. There was a time where I had at least the first half-hour of the movie memorized line for line, and even today, the show holds a special place in my heart. And to think that all of this came from a marine biologist. 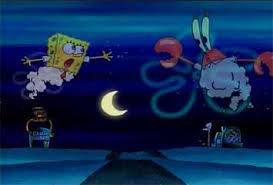 That’s right, Hillenburg was a marine biologist at the beginning of his career. That was actually when he first had the idea for his famous sponge. He was a teacher, and wanted to make an educational comic about a sponge in a tidal pool. He left that career and followed his dreams, something I think we can all look up to, and ended up working on Rocko’s Modern Life. Hillenburg would go on to state that he loved working there, but had some ideas he wanted to do, but never got the chance to on the show. So that’s what made early Spongebob so freaking magical. The show was his playground to experiment with everything he wasn’t allowed to do. The live action background in the perfume department is a great example of this. Everything the show did felt unique, and it was genuinely wonderful.

Hillenburg got to see his passion project grow, become a worldwide phenomenon, get two movies, get a million memes, and even got the Windsor McCay lifetime achievement award. This man was the first director I ever heard of, made my childhood better with every 11 minutes he put in front of me, forever shaped my sense of humor, and I genuinely believe helped make me who I am.