I’m going to get nasty letters for this one. Look, I get it, it’s not the original Teen Titans. I wanted to dislike Teen Titans Go! for keeping me from a new season of the original, and for years I did just that. That being said, I’ve come to the realization that the creators of the show did nothing to keep the original from us. The more of the show I see, the more I actually find myself enjoying it, and today I want to actually celebrate that. The show definitely shines with its fourth wall breaks, but I found some episodes that never use meta humor that were still hilarious. So if you haven’t thrown your screen across the room yet, or written angry comments, let’s get started. 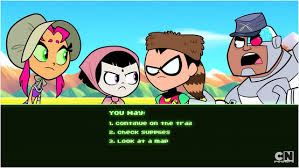 This one is pretty straightforward: it’s a parody of Oregon Trail.  They deal with dysentery, Robin only offers y and n as his answer options. Not much to say, it is what it says it is. 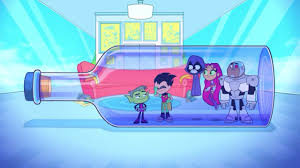 A bottle episode is when the characters all sit in one place and reminisce. In this episode, they all sit in an actual bottle. These two entries were short, but these episodes are just simple executions of simple ideas. The rest of the episodes are a bit more involved. 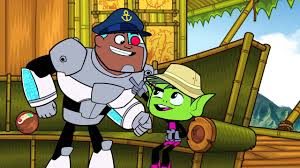 More parody! The five-part “Island Adventures” was an attempt by the villain Control Freak to shake up the show for better ratings. This episode is a send up of Gilligan’s Island, and it just makes me smile. I love references to sitcoms that came before, and children’s television has a proud history of referencing the past. This episode isn’t the most creative on the list, nor is it the most original, but seeing Cyborg as the skipper just makes me happy, and sometimes that’s really all you need.

Yes, another “Island Adventures” episode, this one parodying Survivor. I love Survivor, and although other shows have done episodes parodying it before ala The Office, this is one of the most I’ve seen. From Robin splitting them into teams, to having a confession camera that is just him sitting uncomfortably close to people, to even having the gross eating challenge. They even have tribal council and try to vote the host off the show. It’s a well done tribute to one of my favorite shows.

6) “Hey You, Don’t Forget About Me in Your Memory”

I adore this episode. It’s got all your favorite school stereotypes. We have the nerd, the jock, the popular girl, it’s all here. This is one of my favorite kinds of episodes, where just like in “Oregon Trail,” Robin proposes an idea that everyone hates, and it works out for everyone except Robin. I find these so fun, and this is one of the best. It feels like an 80’s movie, and won’t be the last time the 80’s get mentioned on this list. 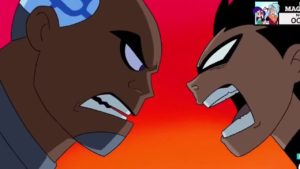 It’s an abridged episode. This whole thing is literally just an episode of the original show dubbed into a comedy about capes. It’s absurd, and the fact that a show like this that literally anchors Cartoon Network got away with this makes me so happy. Not much to explain here, just go watch it.

Another Robin teaches episode, this time about real estate investment and being a landlord. Full of very dry humor, and clearly designed more for those of us old enough to understand that the housing market, while potentially profitable, is fairly mundane. A bit of a parody of HGTV kinds of shows, but also stands well on its own as a fun mockery of the joys of house flipping. The absurdity of this episode helps it stand out, and I can rewatch it and still find myself laughing. 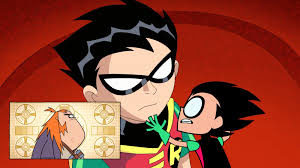 The one that started the running fourth wall breaks. Control Freak reveals to the titans they are in a show, and that he is the one that created the reboot. He shows them the original show, and after they lament that a season six never happened to “resolve the plots hanging from the cliff,” Robin cries out that Control Freak is a monster. This was the episode that told me that the show knew exactly what it was doing, and as much as they also loved the old show, they weren’t hired to make that kind of show this time. It’s a great episode, and made Control Freak my favorite villain on the show. 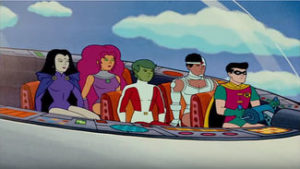 One and two could have easily been swapped for me, but you’ll see why I chose this order in a bit. This episode sees Control Freak saying cartoons were better in the good old days, and turns the show into a classic cartoon similar to Super Friends. The meta jokes in this episode are the best I think the show has to offer, with some amazing ones about the limited budget. Characters freak out over not being able to move except for turning their head, Beast Boy only gets one animal due to animation requirements, and even the fight is very lame. Eventually Control Freak comes to the conclusion that although they may be different, new cartoons can be good, and just because something is old, doesn’t make it great. Gee, I wonder who in the audience the writers were sending that message to? 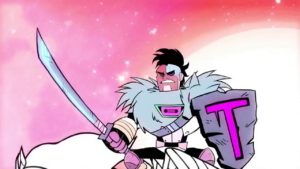 Holy crap I love this episode. The premise is simple, Cyborg can’t stop playing a song from the 80’s, and it gets him hype enough to save everyone in the end. It’s fantastic and a great throwback to how radical 80’s cartoons could be. The reason I chose this over “Classic Titans” is twofold. First: this is the episode that made me actually like the show. Second: this less directly references DC comics, and more just general 80’s culture. This episode stands on its own, without DC history, and is more of a unique thing the show created. The song “The Night Begins to Shine,” is legitimately awesome, and very catchy. All and all, this is just a great episode of television, and I think this one took many people by surprise.

So in conclusion, I just want to say I’m sorry. I’m sorry to everyone who works on Teen Titans Go! Sure, some of what I didn’t like about the show is still there, but I get those jokes aren’t meant for me. This show has actually grown a lot, as shown by most of my picks being from season three. Teen Titans was the first show I watched with stakes, where every episode meant something to me. Seeing it rebooted like this felt like going back to your hometown and seeing a little store you loved torn down. I shouldn’t have taken that out on your show though, and I shouldn’t have compared you so hard to the original. You were hired for a different purpose, and I believe you’re doing a good job at that. I look forward to seeing the movie, and hope you can forgive all of us who didn’t give you a chance: you proved us wrong.