Animation at the Emmys 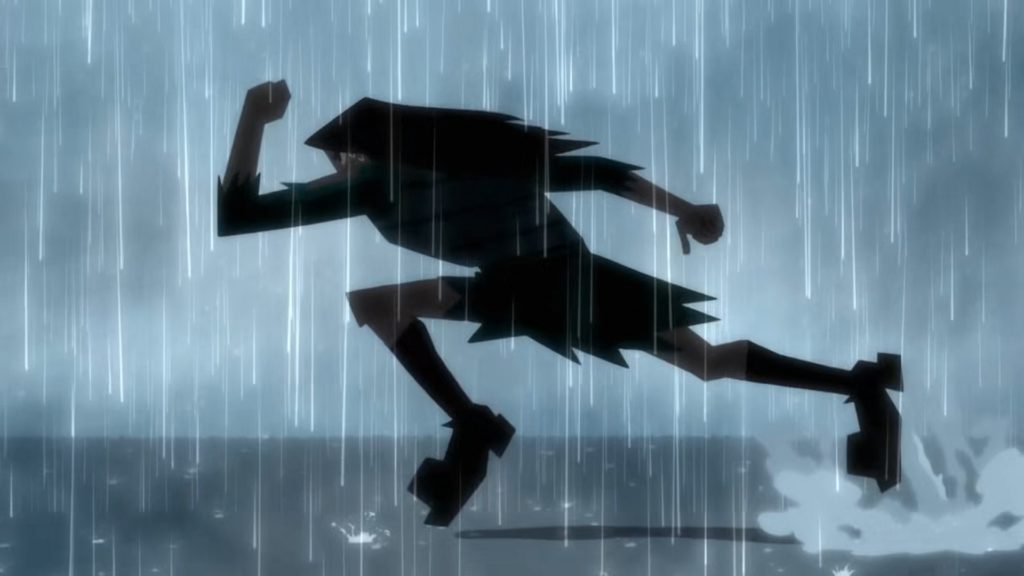 The big winner at the Emmys in the animation department was the team behind Samurai Jack, which won four out of five awards in the juried Outstanding Individual Achievement in Animation category. Bryan Andrews won for his storyboarding work on Episode XCIII (the second episode of the final season). Scott Wills, Craig Kellman and Lou Romano were also honored for their work on the series. The fifth award was given to Justin Nichols for his character animation on Wander Over Yonder.

As for the big-ticket animation categories, the big headline was Adventure Time‘s “Islands Part 4: Imaginary Resources” winning the Outstanding Short Form Animated Program award over Steven Universe‘s “Mr. Greg”, which was considered the most award-bait episode of the show to date. This marks Adventure Time‘s second win since 2010; the show has been nominated every year since 2010 but didn’t get its first win until “Jake the Brick” in 2015. As for Steven Universe, this is only its third straight nomination without a win. Meanwhile, in the Outstanding Animated Program category, Bob’s Burgers (for “Bob, Actually”) earned its second win in six consecutive nomination years. In the relatively new Outstanding Character Voice-Over Performance category, Seth MacFarlane won for the second consecutive year for his work on Family Guy. Overly Animated listeners may feel that Kristen Schaal was snubbed for her excellent work as Sarah Lynn on BoJack Horseman‘s “That’s Too Much, Man!”.

The Magic School Bus Rides Again, which as we’ve previously discussed will be released on September 29, got its first trailer. And with it comes good news that Lily Tomlin will indeed have at least a cameo reprising the Ms. Frizzle character she gave life to in the original 1990s television series. Furthermore, it was revealed that the new performer of the classic theme song is none other than EGOT winner Lin-Maunuel Miranda. [The Hollywood Reporter]

Cartoon Network decided to make a splash with their Powerpuff Girls reboot, advertising a new addition to the main cast in preparation for a five-part special beginning on Sunday, September 17 at 5:30 PM. The new Powerpuff Girl will be voiced by South African musician Toya Delazy, who actually performs the show’s theme song for Cartoon Network’s African affiliates. [Animation Magazine]

Famous movie director Guillermo del Toro, more known for surreal films such as Hellboy and The Shape of Water, has been trying to get a stop-motion animated adaptation of Pinocchio off the ground for a while, and in a recent interview with IndieWire, del Toro says that he is still on the project but is looking for financing. The project’s screenplay is also in place, thanks to contributions from Adventure Time and Over the Garden Wall alum Patrick McHale. If The Shape of Water gets good audience reaction, this might help del Toro’s chances of getting this financed, and perhaps that is why he’s dropping this information during press for The Shape of Water. [Flickering Myth]

Aardman Animations has put out their first trailer for Early Man, which is expected to come out some time in 2018. This is the latest offering by the claymation-centric studio, which has produced gems such as Chicken Run and Wallace & Gromit: The Curse of the Were-Rabbit in the past. Aardman Animations’ last feature was the Oscar-nominated Shaun the Sheep Movie.

This could probably be a Weird Animation of the Week candidate, but it is also news: Vampire Weekend frontman Ezra Koenig has written and produced an anime-styled show for Netflix titled Neo Yokio, with the protagonist voiced by the mercurial Jaden Smith. Susan Sarandon, Jude Law, Richard Ayoade, Steve Buscemi, Stephen Fry and Desus and Mero. The show’s synopsis is described as Jaden Smith’s character being part of a pink-haired demon slaying family who gets wrapped up in urban intrigue. The show will premiere in its crazy glory on Netflix on Friday, September 22. [Entertainment Weekly]

Long time voice actress Nancy Cartwright, most famous for voicing Bart and various other characters on The Simpsons, will appear in a limited theatrical release, the live action In Search of Fellini, which is based on Cartwright’s search for the Italian director Federico Fellini in the early 1980s. Cartwright hasn’t acted in a live action film since Roland Emmerich’s Godzilla in 1998. [Animation Magazine]

And finally, in this edition of Weird Animation of the Week, claymation animator Lee Hardcastle has posted a compilation video of the various Adult Swim bumpers he’s produced over the years putting Rick and Morty in various classic sci-fi film situations.