Total Drama is Coming Back!

Good morning campers! I don’t know how I missed it,  but it has been officially confirmed by multiple people that we are getting a new season of Total Drama! Christian Potenza, voice of Chris, was the first to confirm this, followed by Drew Nelson, voice of Duncan. So I wanted to quickly give a news update on what we know for sure, and then get into what I would like to see out of this new season. 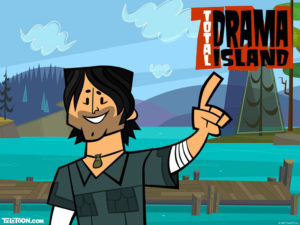 So in a short video on his YouTube channel, Christian Potenza announced the new season and gave us all the information that we currently know. For those who have been following Total Drama news in the past, you know that the show is very weird about its updates, as Potenza’s Youtube channel often gives the official news updates, even though he is just a voice actor, not an executive producer or anything of the sort. In the video, he confirmed that his character, Chris, would be back to host after being absent for the spin off season. He also said that the season would feature returning characters. Based on his tweet, we can assume that Drew Nelson will probably be playing somebody, but whether it is Duncan or a new character remains to be seen. So that’s all we know for sure, which leaves a lot to be speculated, and you better believe I’m going to over-analyze the crap out of it. 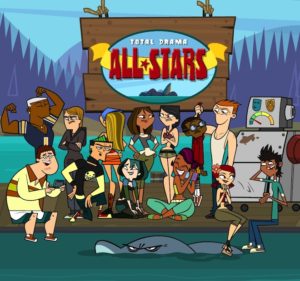 The first big question is how many episodes will the season have? Considering the spin off got 26, and the length of time from the last season to now, I have to think it’s going to be a full 26 episode season. For those who don’t know, the first three seasons were 26 episodes, while the next three were 13 (technically one was 13 and the next was 26 but two separate parts, but let’s be real it was three seasons). Then the spin off was 26, and that leads us to now. It’s been a long time since we got any new Total Drama, so a longer season seems likely.

The next big question is the cast. Potenza confirmed that we will see returning players, but that doesn’t necessarily mean all returning players. The show has taken themes from Survivor in the past, so chances are they could use one of those themes in this season. If they wanted a split of old and new 50/50 we could see Fans vs. Favorites, where well liked characters compete against super fans, or Blood vs Water, which would have each of the new characters be related to one of the old ones. Odds are though, the season will either be all returning players, or pull a World Tour, and give us one or two new ones. The size of the cast I expect to be around World Tour size, so about 18, but if this ends up being the last season, we could see closer to the original’s 22. 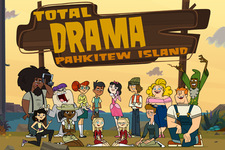 As many of you know, I like some of the lesser known characters, so for the sake of fairness, here are the obvious ones that I think will have to be in the cast. Alejandro, Heather, Gwen, Duncan, Courtney, Lindsay, Leshawna, and Owen all seem pretty obvious. Now of course, most of them were in All Stars, but that’s because the writers are obsessed with using them. Now for the fun picks, I think Cody needs another shot at the money. He was so close, and although third place may make it seem he won’t make it that far again, Heather did. Other boys that need to return are Brick, Shawn, Noah, Topher, and Scott. Some people may be tired of Scott, but I adore him, and he was one of the few bright spots of All Stars. Brick, Shawn, and Noah are all great characters who have not gotten enough love, even though Shawn won a season already. I would have said Geoff needs to return, but he at least won the spin off.

Moving on to the girls there are many more. Katie, Sadie, Jasmine, Sky, Sugar, Ella, Dawn, Izzy, Dakota (if she’s back to normal) and Anna Marie all need a second shot at the game (well, like sixth in Izzy’s case). They all were very fun to watch, and could use a chance at more character development. Specifically if Jasmine comes back, I’d love to see more of her and Shawn as they were the cutest couple in the show. So even if all these people come back, who should win? 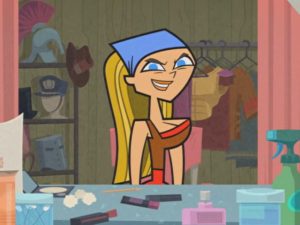 So as you know, in Total Drama, the final two both get an ending where they win, so really this is about who I want the final two to be. I have to go with an old rumor about how All Stars was going to go, and lock in Courtney and Lindsay, with Lindsay being the official winner. Ever since season four gave us a male final two, people have been waiting for the female final two, and it just never happened. Then All Stars ruined Lindsay and Courtney’s characters. This season needs to be a redemption for both of them, with Lindsay finally getting her due. She was a true threat in seasons one and two, but ever since has been getting the short end of the stick. Courtney has made it to the final five twice, and the final seven three times. Just as Geoff truly deserved his win last season, these two have earned it. So with our female final two, we should balance it out with a male antagonist, and who could that be? 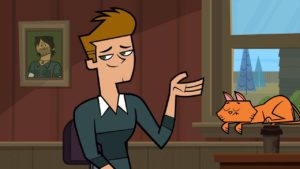 Topher! He was brought in to be a foil for Chris, and he has all the charm and sneakiness of our host. If he comes back to the game with the plan to win in order to show the executives that he deserves to be host, then it would be a good change from his last appearance, and make him a true threat. I think without Max, Scarlet, and maybe Sugar depending on what you think of her, Topher would have been the main antagonist. Plus, he’s just so smarmy, so seeing Lindsay and Courtney beat him at the final three would be so satisfying. I’m sick of seeing new characters introduced just to obviously be the villain (Alejandro, Mal, Scott to a lesser extent) instead of doing what Action did and using old secondary antagonists. This show has a deep enough cast that someone else can be the main villain instead of forcing a new character to awkwardly fit that role (I could write a whole article on why Mal is awful).

So, we know very little about what’s coming, and this is just how I would cast it. Let me know below what you want to see next season!