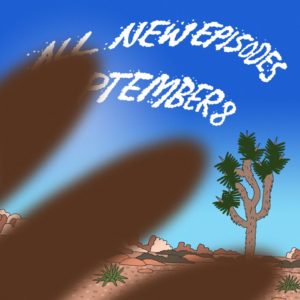 For those of you who follow the Netflix program BoJack Horseman, give the show’s Twitter account a follow, as it encapsulates the humor of the titular character pretty well. On the account, BoJack posted a badly taken picture (standard among 40-year-olds using the social medias) of a message saying “All New Episodes September 8”. This is a little later than people expected, as last season premiered in the middle of the summer, but regardless it’s exciting for BoJack fans to finally have a date to look forward to, as we all need a dose of crippling self-reflection to enter the autumn.

When Making Fun of Award Shows Doesn’t Pay Off

BoJack Horseman had gotten widespread critical acclaim for its third season, which revolved around satirizing the For Your Consideration campaigns that studios have to carry out to be considered for seemingly empty awards ceremonies. Regardless, animation enthusiasts hoped that BoJack would get some mainstream recognition from the Emmys, but during their Thursday announcements, four of the five shows in the Outstanding Animated Program category were the same nominees from last year’s batch (Archer, Bob’s Burgers, The Simpsons, South Park). Awards analysts expected that there’d only be one wild card spot in that group, but the nod went surprisingly to Disney Channel’s Elena and the Secret of Avalor, leaving BoJack Horseman and Adult Swim’s revival of Samurai Jack out in the dust. As a consolation prize, Kristen Schaal was nominated in the Outstanding Voice-Over Performance category for her work as Sarah Lynn in “That’s Too Much, Man!”

We got a lot of news on upcoming films from Disney’s D23 Expo over the weekend, with one of the wildest coming from the presentation fo Ralph Breaks the Internet, the sequel to the 2013 film Wreck-It Ralph. According to spectators, footage from the upcoming film revealed that a cavalcade of Disney princesses with their original voice actresses will appear in at least one scene interacting with each other, which is almost unheard of in Disney mainstream projects. Rapunzel, Moana, Ariel, Belle, Jasmine, and others in the same room will be a strange sight to see on the big screen, but it’s certainly a great headline for a sequel that hadn’t gotten much buzz in the past. Ralph Breaks the Internet will premiere in theaters November 2018. [Entertainment Weekly]

The Incredibles 2 also got some news updates from the Expo. According to Pixar chief creative officer John Lasseter, the sequel will at least begin immediately after the movie. (Although, that doesn’t mean much as it could just be an introductory fight against a joke character in the Underminer before moving on to the actual plot.) Director Brad Bird, who worked on the first film, also teased that Elastigirl would have a greater role in this installment, while Mr. Incredible “has to stay home facing his biggest challenge yet”. [IGN, Entertainment Weekly]