2017 has been quite a year so far, and that goes for the world of anime as well. January to March is what we call the Winter season. Here I will highlight some series I followed in this past Winter season, and then give you quick preview of the upcoming Spring season. I have talked about Little Witch Academia in detail before, so I will skip that, though it is a series you have to check out. Also it is a 2 count series, a series that began in January and will conclude in June, and with the Winter season ending in March I don’t think it qualifies. Maybe when get to the Spring recap though I will probably do a blog just on LWA and give it its much deserved attention. 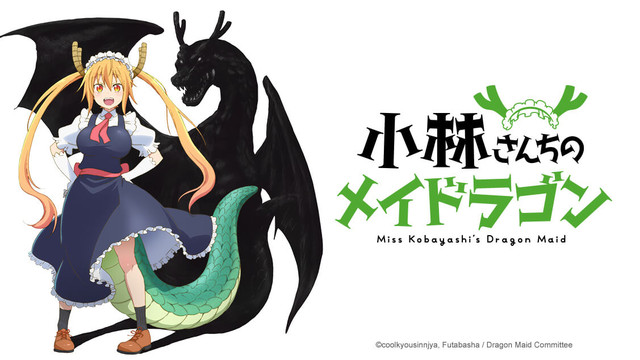 This was the anime a lot of people were talking about, and it was very good. It is based on a manga series of the same name. The series is about a woman named Kobayashi who finds a dragon. She helps the dragon who is from another world and transforms into a cute girl named Tohru. Tohru is so taken by Kobayashi’s kindness that she works as her house maid. And then from there other dragons like Tohru show up and hilarity ensues. We get other households with dragons in them. It becomes Modern Family with dragons. I love how they showcase the different kinds of families you can have.

For example Kobayashi, she is either a mother or a older sister figure to Tohru. Their relationship is so nice and pure. And with other characters also, though I won’t get into that for spoiler reasons, but check the show out.

I thought it was a good series, it had a lot heart and had some funny moments. While I don’t love it as much everyone else seems to, it is not my favorite of the winter season, it’s still a good series. The English subbed version is available on Crunchyroll, while the English dub is available on Funimation’s website. 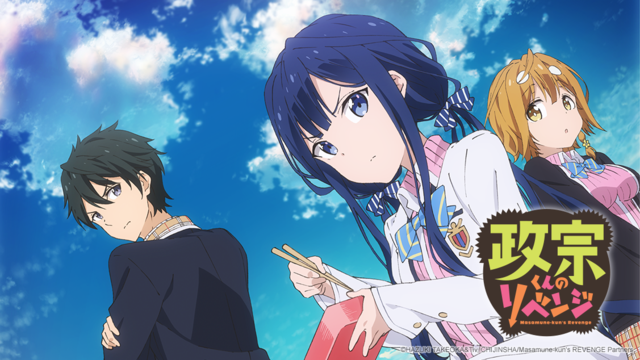 Like most anime, this is a series based on a manga. On the surface the lead characters are very unlikable people, but sometimes some of the most entertaining shows are based on unlikable protagonists. Take Seinfeld for example.

It is about a boy named Masamune who when he was younger was a fat rich kid who got picked on by bullies and was saved by a girl named Aki, a beautiful heiress. When young Masamune proclaims his love for Aki, he is rejected by her.

Years later now a teen, Masamune is a good looking buff man, and while very narcissistic, he is good at heart. Aki is the most popular girl in school who rejects every man that asks her out in the most humiliating way possible, thus gaining the title of Cruel Princess. Masamnune remembers her form their childhood, and plots to make her fall in love with him so he can reject her and make her feel what he felt when she rejected him years earlier.

In other words, Masamune has a good life, but is so obsessed with revenge, he just can’t enjoy it. He does not believe in the motto, the best revenge is living well.

Despite that, these characters are not as bad as they seem. Aki is adorable, and we find out more about these characters and why they are the way they are. And of course we meet some more wacky characters. I love these types of comedies. The show teaches a good lesson of not judging a book by its cover and weather or not revenge is good or bad.

Though the ending was unsatisfactory, it needs a second season. The series is available on Crunchyroll and the English dubbed version on Funimation.com. 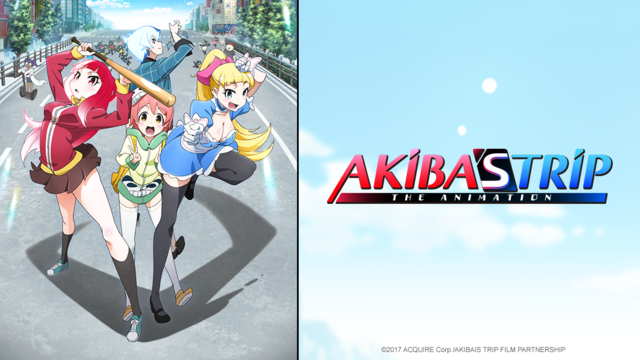 Now this is my favorite series of the Winter season. It is based on a video game franchise, though the story and characters are all original… how does that work?

The show is about a boy named Tamotsu, an otaku who one day visits the city of Akiba with his little sister Niwaka. There he is attacked by these creatures called bugged ones and is on the verge of death when a mysterious girl named Matome rescues him. As he is about to die, Niwaka kisses him and gives him powers which saves him and causes his hair to turn white. He now has powers to fight the bugged ones, but the catch is, he can’t leave Akiba, as a wall keeps him trapped in the town. So Tamotsu, Matome, and girl named Ariza become the team to protect Akiba form the bugged ones, with Niwaka providing moral support.

Each and every episode is a wacky parody of other anime and Japanese tropes. It is a hilarious series, my favorite such parody series since Good Luck Girl. I highly recommend this series, especially if you love Japanese media.  The series is available on Crunchyroll and the English dubbed version of Funimation.com. 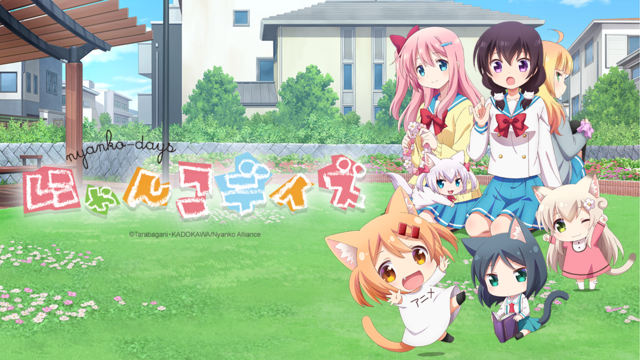 As for other shows, Blue Exorcist: Kyoto Sage is all right, though most people were disappointed with it. I really liked Nyanko Days, a cute little short with 2 minute episodes. It is a show in which humanoid cats exists and young girls own them… And yes humanoid cats that talk exist and it is not a big deal to anyone. It is a cute little show if you want to check that out. It is available on Crunchyroll… I think it is safe to say almost every anime I mention is on Crunchyroll.

Now what to look forward to in the Spring, what am I watching now. 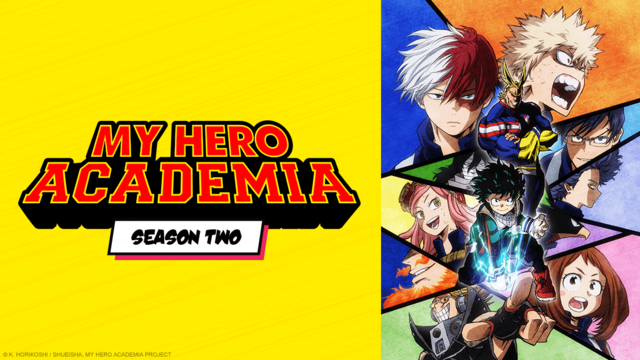 So far I am loving Season 2 of Boku No Hero Academia, which is based on a popular manga. I am a big fan of this seriesa and if you love super hero comics, you might like it. It is about a world in which people with super powers or quirks exist. Our main character Izuku Midoriya is boy that attends a super hero school called U.A. And this season we have a sports festival. It is available on Crunchyroll with the English dubbed version available on Funimation.com. 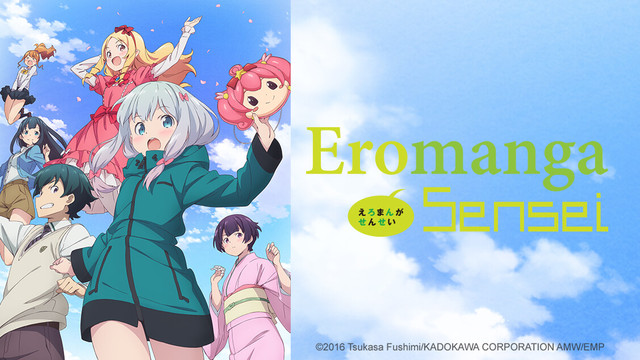 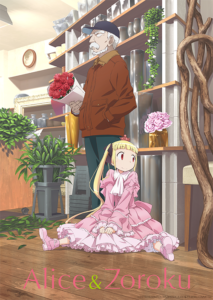 This is a show that really caught my eye. Let the official synopsis explain it because I can’t with my own words:

A group of young girls possesses a mysterious power which gives them the ability to materialize their thoughts. Detained and experimented upon, these youths are locked away in secret until one of them manages to escape. Her name is Sana—a girl with the power to ignore the very laws of physics. When this wilful powerhouse crosses paths with a stubborn old man named Zoroku, his carefully-ordered life will never be the same again!

Yes it has some Alice In Wonderland influence, and rarely do you get to see an old man be a main protagonist in a anime. I am loving Sane and Zoroku relationship; Zoroku is an awesome parental figure. To me this is like Punky Brewster the anime, except with magic and super natural stuff. You could also compare it to Annie or Heidi, but Punky Brewster is the one that comes to mind.

Okay, so that is it. I hope this is was informative and that you check some of these shows out and enjoy them!