“New Game!”, Your Typical Slice of Life Anime with an Office Twist 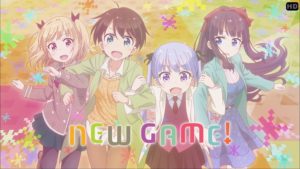 New Game! is a slice-of-life/comedy anime that aired in the Summer season of this year from Doga Kobo. In most respects this is another ‘all cute girls, high quality animation, not much doing plot-wise’ series that seems to make up half of all animes these days. I’m a pretty big fan of this genre and have seen many, many series like this. What drew me to New Game! and what makes the series unique is its work-place setting. 99% of this type of anime takes place in High School, usually involving some club or another: marching band, light music club, swimming, some weird other type of club. 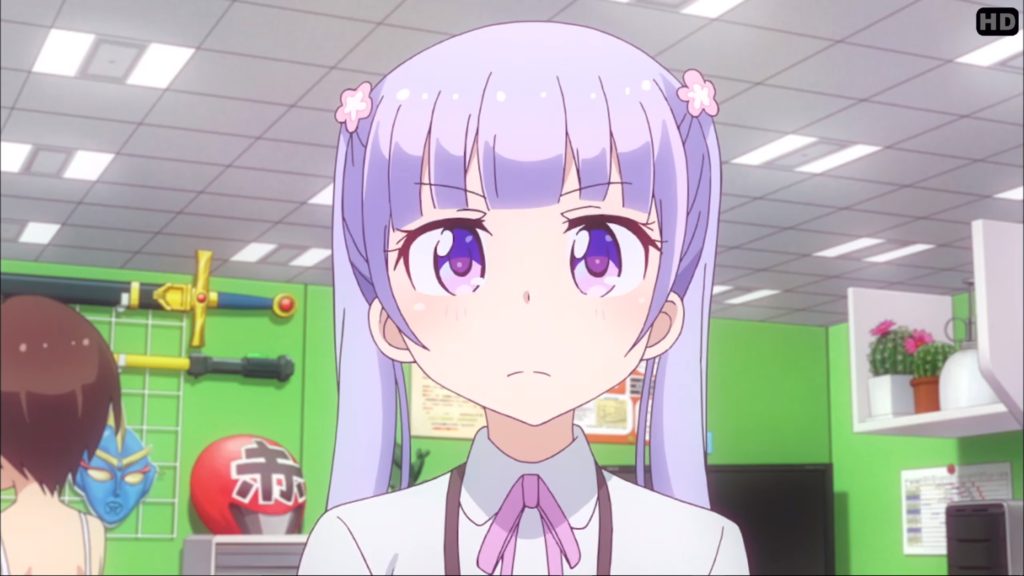 But New Game! actually takes place in an office. Aoba, fresh out of High School joins the character design team of Eagle Jump, the company that made her favorite video game growing up. At its core this is still a “group of young people work together to accomplish something they’re passionate about” that the normal high-school-club version of this genre is. But this series focuses on aspects that separate a workplace environment from the normal one such as deadlines, working late, paychecks, boss-employee friendships. This aspect of the show is very well done, especially early on in the series when Aoba is integrating into the company, and is the primary reason I think the series succeeds. Even with generic character archetypes and a slow-moving plot, New Game! feels fresh because of these unique office dynamics in play. 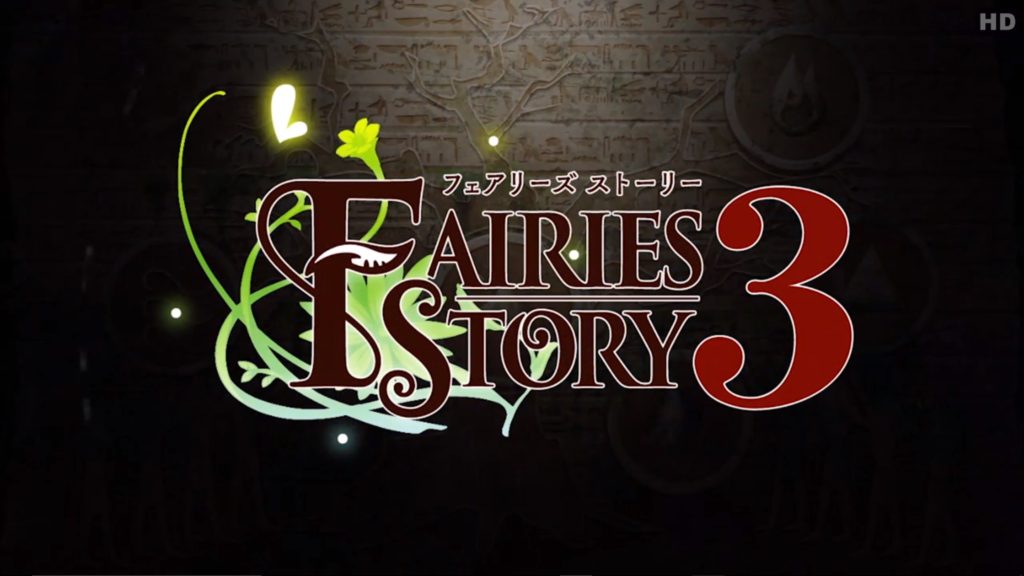 The other big highlight of New Game! ends up being experiencing the process of a videogame coming to life. This blindsided me a little bit, as the first half of the series clearly focuses more on Aoba’s first job, rather than viewing the process of the in-universe “Fairies Story 3” being created. But the series shifts gears nicely and ends up being a really interesting take on the creative process. The series does this very well as it incorporates the contributions Aoba makes to the game in the first half of the series into the rest of it. We see Aoba’s first major design, Sophia, given motion, integrated into the story, debugged, put into the trailer, and then discussed after the game releases. We don’t actually end up seeing many specific aspects of the game being created (the series clearly focuses more on the characters who are doing the creating), so seeing how this one aspect we are familiar with progresses is very satisfying. In particular the scene where a bug is found in that there’s a way for Sofia to not die and the story to therefore not progress is incredibly well executed and actually seeing that scene played in the game when before we’d only heard about it is great storytelling.

At its core New Game! is a character-focused series and for the most part its characters don’t rise too far above the generic archetypes they begin as. This is the main thing limiting the show from becoming a top tier example of the genre. Still though, the characters are serviceable and definitely likable. The highlight is definitely Aoba, the main character. I really love Aoba’s design; she’s very cute and still very much looks the young 18-first-job-out-of-high-school that defines her character. Aoba’s very determined of course and fairly social and personable, something that really works when she’s so much the center of all the character interactions in the show. Aoba’s coworkers Hifumi, Yun, and Hajime are mostly generic characters and I wish the show gave each more than the two episodes apiece to dive into more aspects of them. More successful is the portrayal of Ko and Rin and their relationship. Ko especially is the second most successful character portrayal as the show definitely takes the time to get into her mentor-mentee relationship with Aoba. Around halfway through, the series pivots and spends much more time with up-until-then very minor characters Umiko and Sakura. Both end up being fairly successful portrayals and they’re the two most colorful characters in the cast, but I think it ends up taking away from the rest of the supporting cast. 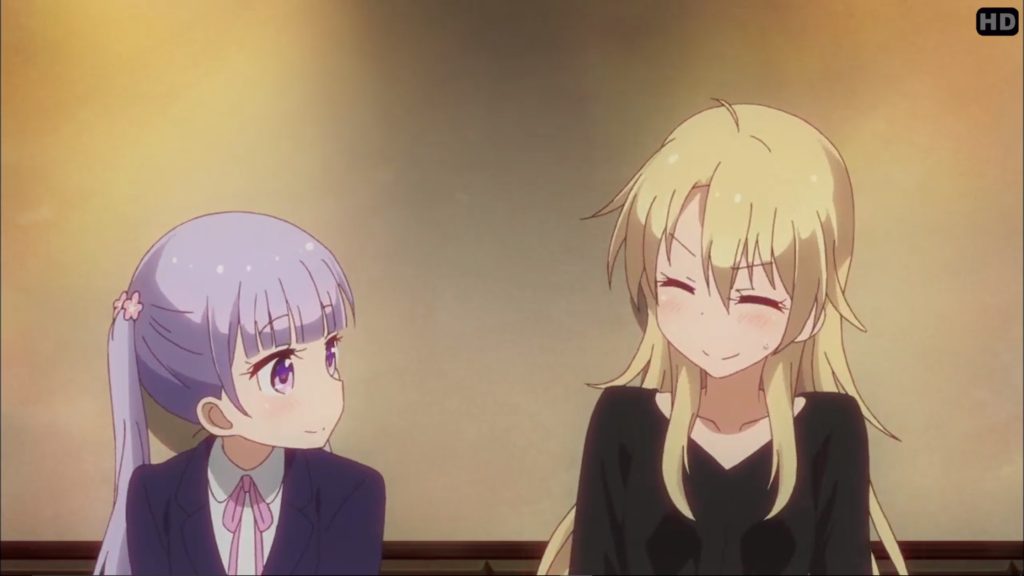 Much like other all-female slice of life animes, New Game! wants to get into exploring romantic relationships among its characters, but is limited by its unwillingness to explicitly portray them. Aoba & Hifumi, Yun & Hajime, and especially Rin & Ko all could have gone in this direction, but were hurt by the show’s unwillingness to go into romantic territory. This is absolutely not uncommon among animes, and New Game! is just another one that falls in this “yuri, but not actually yuri” category. Interestingly, the show clearly displays romantic feelings from Rin towards Ko, but never explores a manifestation of those feelings. This explicit portrayal of feelings makes Rin and Ko the most powerful relationship explored in the show. Yuruyrui is another series by studio Doga Kobo that portrayed clear romantic feelings between girls but never got into actual romantic relationships. That series had more successful character portrayals, and was more bold in portraying feelings amongst its cast. I think Doga Kobo would certainly be better served in the future by not feeling limited to avoiding explicit female-female romantic portrayals, but this is also more of an issue with Japanese culture at large. New Game! is not hindered too much by this limitation and this isn’t a story that would explore romantic relationships to too much of an extent anyway. 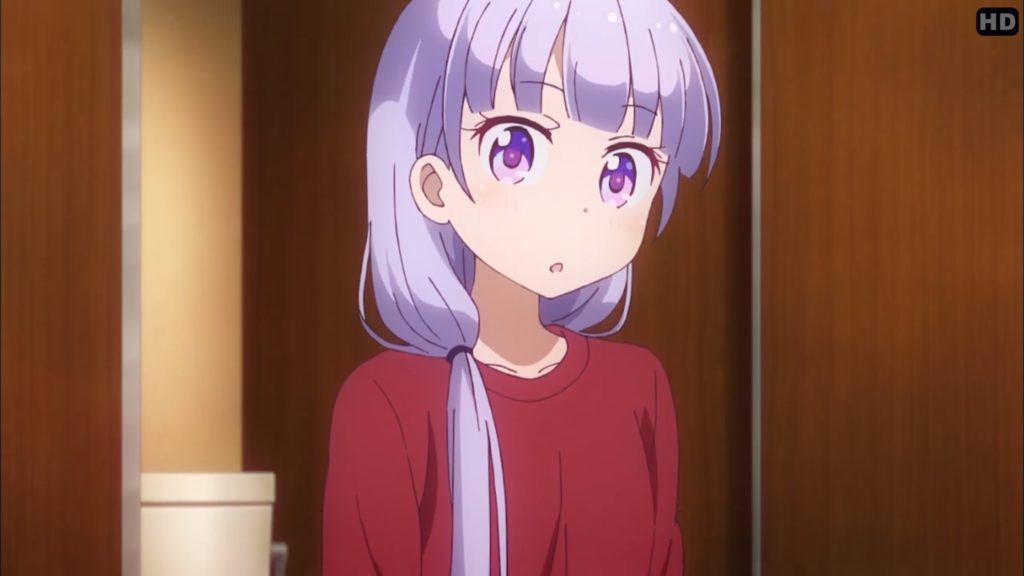 Overall, New Game! is certainly worth a watch for fans of the genre, and maybe even those who don’t watch much slice of life anime if the workplace game development premise interests you. It’s got a very likable cast, incredible animation, appealing character design, and a plot with more depth than is immediately apparent.

Series Grade: 8/10
The Overly Animated grading scale is out of 10 with a 5 being average and 10 best-ever.