I promised this months ago. I know my Tumblr followers have patiently awaited this day, and it’s finally here. I’m going to put myself through the pain of ranking my top ten animated movies. This is very, very subjective and based purely on my personal preference. You will disagree, literally all of you, and that’s good. Have your own list, like your own picks, and tell me below why you love what you love. As for me, I was asked what I love, and so here we go. Before getting into the top ten, my honorable mentions.

I went back and forth debating whether or not to put this on the list. It’s definitely a movie I love, and I can almost quote the entire thing by heart, but still, can I really put it on a list like this? I decided that yes, even though there are so many other movies that I could have picked, this movie is important to me. If I’m ever feeling down I know I can just pop this in and enjoy it. The soundtrack was fun, and it’s just a feel good movie. It’s no great shakes, but it is Stephen Hillenburg’s magnum opus. This movie was conceived as the finale of the show, and it works so well as such. It hits all the great tropes you’d want from it, and the story even alludes to Sinbad and we get David Hasselhoff. I’ve loved it since I was a child, and even watching it now it still holds up. 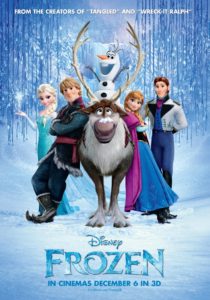 I’m surprised I’m ranking this so low, but as much as I love this movie, it’s just not my favorite. I don’t think I really need to explain why I love this movie, more so why it’s so low on this list. Had you asked me a year ago, or even three months ago, I would have said it was my number one, but I had Frozen fever. Yes, it does some cool subversion, but the story is still rather by the numbers. I think it has one of the best Disney soundtracks ever, but this isn’t about soundtracks; it’s about my favorite movies as a whole. 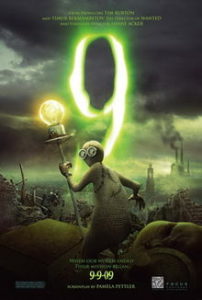 One of the higher rated movies on the list content wise, 9 is a true indie darling. It started as a short film, and director Shane Acker decided to make it a feature film; he wanted to prove a good animated movie didn’t have to be PG or lower. Tim Burton produced, and the pair put together an incredible morality tale about our humanity. It was dark, beautiful, and deep. With a great cast, led by Elijah Wood, this movie really shined, and has never gotten the attention it deserves. I don’t want to say too much about the plot, but it’s certainly worth a watch.

#7: The Girl Who Leapt Through Time 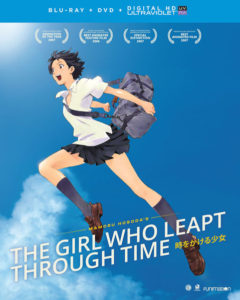 The only anime to make this list, this movie is just stunning. Without spoiling it, the movie centers on a young girl who gets the ability to go back in time. It’s from the director of Summer Wars and Wolf Children, and if you’ve seen either of those you know what to expect here. It’s an amazing coming of age story, and as you’ll see later on this list, I adore coming of age stories. I typically care more about a story making sense than a happy ending, but this movie had me begging for a Deus Ex Machina to swoop and make things okay. This film was clever enough though it managed to give a satisfying end without compromising its storytelling. If you haven’t seen this movie, even you don’t like anime, watch it. 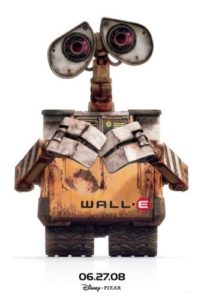 I love science fiction, and this movie is a great example. Yes, the ecological themes are great, but even without those this movie is stellar. I love how much they were able to say with so little, as the first half of the movie has almost no dialogue. Many people can’t seem to get past this, but I think it adds to the movie’s charm. I just recently rewatched this movie with director commentary, and seeing how long this was worked on is simply incredible. The movie came together so well, and between use of live action and its classic science fiction references, it manages to stand out, even to this day, among the Pixar giants.