I had the pleasure of getting to see Batman: The Killing Joke in theaters and boy was it worth it. I’m going to keep this as spoiler-free as possible, but if you haven’t read the book some minor spoilers might be inevitable. First off, the documentary featurettes they showed before and after the movie were great, and hopefully they are on the DVD, or at least the Blu-ray, release. Before the movie we got to see Mark Hamill talking about his career, from being cast as Luke Skywalker, to starting work on Batman: the Animated Series, all the way up now. It was nothing to write home about, but it was still good, and reminded me how special it was to see Hamill back as the Joker. After the movie they showed another special about the score for the film, and again nothing mindblowing, but still fun and interesting. As for the film itself, although the movie is 76 minutes, really only an hour or so is The Killing Joke. If you’ve read the graphic novel, you’ll recognize that famous opening shot of the rain puddle. That doesn’t come in until about a third of the way through the movie. Before that we get what amounts to a prologue, setting up more information about a character. It’s good stuff, but if you’ve read the book you may feel like it takes too long to actually get to the story. I get why they put it in, but maybe it could have been a bit shorter. An important thing to mention is how great this cast is. You’ve got Kevin Conroy as Batman, Mark Hamill as the Joker, and Tara Strong as Barbara Gordon. It’s a great crew, and with Bruce Timm behind the scenes, it all feels perfect. 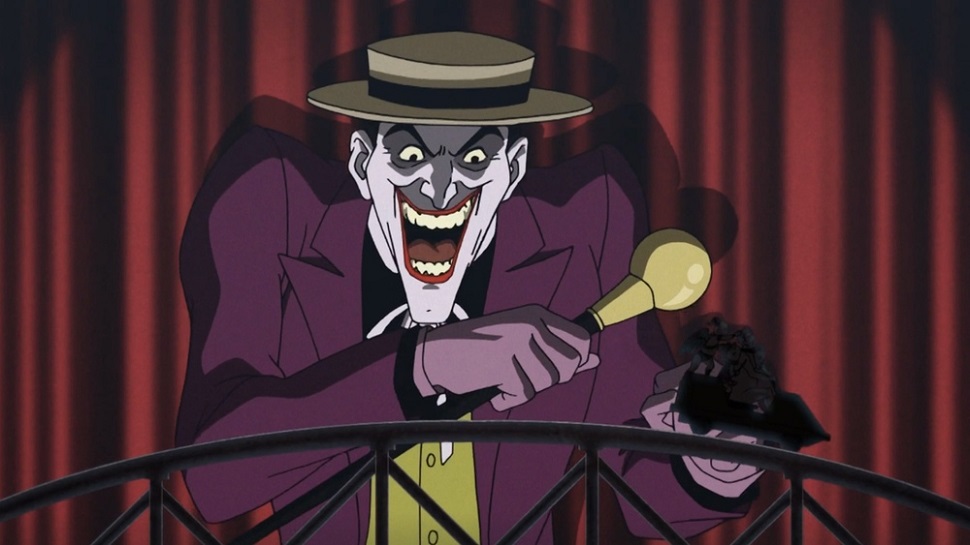 This is a dark movie. That statement should come as no surprise to those who have read the graphic novel, but it is definitely a heavy watch. They didn’t pull any punches, and due to just a couple of changes, it almost seems darker than the original. Many of the shots and dialogue are ripped straight from the book, but seeing as it’s viewed as one of the best comics ever written, that’s not a bad thing. This movie certainly earned its R rating, yet the movie doesn’t feel as grim as Batman v Superman. It’s hard to explain, but somehow this movie manages to maintain a lighter feel even though the material is harsher. Part of it could be the pacing, part could be it still feels like a comic book. This is without a doubt though, the best Batman movie we’re getting this year, even with Suicide Squad and Justice League Dark on the horizon. My biggest complaint with this movie though, is if you don’t like how ambiguous the book ending was, the movie somehow is more ambiguous. That being said if you like the book, you’ll probably like this movie.

If you haven’t read the graphic novel, I don’t think it’s needed, but if you have then you’ll appreciate the shots all the more so. This isn’t a perfect movie, but it is pretty good. If you’re okay with heavy themes and disturbing images, I highly recommend watching Batman: The Killing Joke.