Here we are, the last part of Robo-Retro. I began this as a way to get people excited for Voltron, but this series has become so much more to me. This has become my way to talk not just about some of my favorite shows, but the role of mechs in animation all the way up to today. Everything has been intertwining, and the franchise I’ve mentioned but haven’t yet talked about is Transformers. Unlike something like Robotech, the vast majority of people have at least heard of Transformers, if nothing else due to the horror that Michael Bay churns out (I swear if you’re going to call it Hong Kong at least edit out the Empire State Building!) The franchise however goes back much farther, and has quite the story. Like most things in Robo-Retro, it started with Japan. 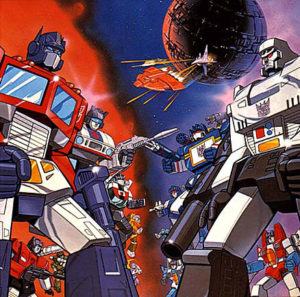 Back in the 1980’s, two completely separate toy lines released: microman and dioclone. Hasbro bought the rights to both separate toy lines, and then gave Jim Shooter and Dennis O’Neil the job of creating a story. What we got was Transformers, which was a TV show, comic book, and toy line beginning in 1984. It was Bob Budiansky though who came up with the specific character stories, and from the get go, the show started contradicting him. The show was quite successful though, warranting a full animated movie, where one the franchises biggest missteps was made. In order to help make way for the new waves of the toys, they killed off Optimus Prime. Nobody saw this coming, and children everywhere were left devastated. They did learn their lesson though, as Optimus was eventually brought back. The show went well, but eventually it ended.

The End of the Beginning 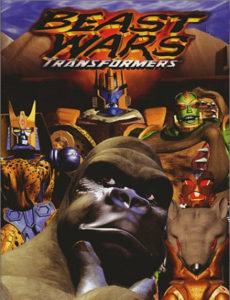 In the 90’s however, we got a new show, Beast Wars. It was a much more animal focused show, that actually continued the story from the gen one show, but added a lot more to the universe. Several other comic books took place in this universe, but on TV gen one was over. In its place, we were getting a new era. Japan in 2000 created a series called Robots in Disguise. It was a 39 episode anime that did eventually cross over into the American shows, but it’s actually been banned from United States TV. That’s quite a feat for a show originally aimed at kids. It was after that though, that we got my favorite aspect of the franchise. 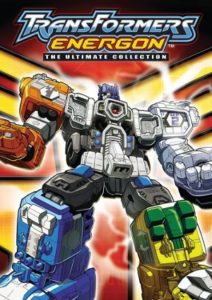 Known as the Unicron trilogy, Armada, Energon, and Cybertron were three 52 episode series that tied together, coming out across most of the first half of the 2000’s. These shows are all held in high regard, and after these solid shows, things get sketchy. 2007 gave us Transformers Animated, which isn’t as bad as it was treated by Cartoon Network. It was good, but is mostly the cult hit of the franchise. Transformers Prime came out next, and was the first full CGI series. The show introduced a main female character, which was quite impressive. It aired on the Hub, which behind the scenes was the set up for Transformers: Rescue Bots. When this show, aimed at preschoolers, came out, combined with the live action movies, the franchise seemed dead.

A Spark of Hope 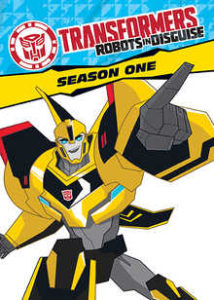 Now we have hope though. The newest series, simply entitled Transformers, is a return to form, specifically the style of Transformers Animated. In addition, the High Moon Studios games are actually quite good. so although the franchise has had a tough run, it seems to be on the upswing. Thank you for sticking with me guys; I’m glad to have finally shared this with all of you. I can’t wait to see what the next big Mech series is. Who knows, I may need to do a part five.