Giant robots are as much a part of our culture as anything. They’re everywhere in animation, from Sym-Bionic Titan to Steven Universe. In anticipation of Voltron; Legendary Defender, I’ll be looking back at some big milestones in the evolution of the giant robot trope. To start I wanted to take a look at probably the most known giant robot show ever, Super Sentai, or as it was adapted in America, Power Rangers. To settle the age old question as to whether Power Rangers or Voltron is the rip off, the answer is neither. Power Rangers didn’t start till about a decade after Voltron, however the show it’s based on precedes Voltron by about seven years. In fact the first time we saw a team of five costumed heroes transforming was in 1975 with Himitsu Sentai Gorenger.

Gorenger saw five members of the Earth Guard League, or EAGLE fight against the evil Black Cross Army, with the word Sentai meaning team. The show went until 1977, but during this time already animated shows had began combining teams with robots, such as Getter Robo. Sentai however was behind, and it took an American superhero to change that. Toei studios produced a live action Japanese Spider-man series, commonly referred to as Supaidaman as part of a deal with Marvel that saw some of their shows get comics, and also saw a Japanese answer to Captain America, Miss America, appear in the sentai season Battle Fever J. In Supaidaman, Spider-Man was given the giant robot Leopardon to combat crime with. Toei saw this, and saw the team shows they had been making, and decided it was only logical to combine the two. Beginning with Battle Fever J the sentai series became known as Super Sentai, and the idea would stick to this day. So although Super Sentai wasn’t the first to create the combining robot, its broad appeal and live action status quickly made it the most recognizable, and the only constant in the market. Every year a new Super Sentai series, with an all new team of heroes, villains, and robots, would appear like clockwork. If it weren’t for this establishment of rotating cast in a larger series, Voltron and other shows such as Robotech could never have happened. 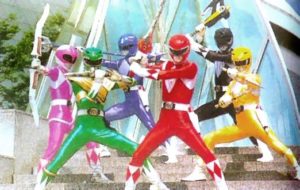 Another important aspect of Super Sentai is the nature of the show. From the get go the show was deemed too violent for American audiences. It featured quite a bit of death and blood, and the themes were rather dark. This was a show meant to be watched as a family, not just by kids. Super Sentai proved that a serious show can center on what we now consider a very childish concept. Super Sentai is only just now becoming officially available in America, due purely to fan willpower. At the time of writing only three seasons have been made available, all of which were at least partly adapted for America into Power Rangers.

Speaking of which now would be a great time to discuss that switch. Here’s where Power Rangers owes its existence entirely to anime, specifically Voltron and Robotech. You see, although Voltron and Robotech were influenced by Super Sentai, they in turn influenced Power Rangers. Both series were heavily adapted and changed from their original Japanese series to make them appropriate for American audiences and long enough for syndication. Years after Robotech ended it was Tony Oliver, who played the main character Rick Hunter in season one, who suggested they try doing the same type of adaptation to Super Sentai. The show he wanted was Chōjin Sentai Jetman, but producers told him it was much too dark to even attempt to adapt. As such they waited a year and picked up a dinosaur themed season, Kyōryū Sentai Zyuranger, or as you may know it, Mighty Morphin Power Rangers. If the name Tony Oliver sounds familiar it’s because fan favorite ranger, Tommy Oliver, was named after him. Next year, instead of adapting the next series, they simply took their sixth ranger and continued with the same Power Rangers. They did it one more time the following time, although we did get that year’s team in a miniseries. After that however we would get an American adaption of every series with so far only two further series being skipped. No other show adaption holds this kind of record, with only direct translations like Pokemon coming anywhere close in episode numbers. 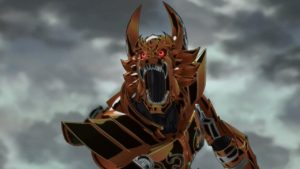 Because the tropes found in Super Sentai and Power Rangers are now so closely tied to animation, airing the show has always proved a challenge. In Japan not as much as they pair it with Kamen Rider, but in America we have nothing like it. Do you air it with cartoons, or with live action sitcoms? The decision is tough to call, but historically its always been treated more like a Saturday morning cartoon than a drama. The show though can turn much more dramatic than one would expect though. As one last story, and tie, we turn to Garo. Garo is a more adult aimed series inspired by Super Sentai. The reason I mention it however, is it was recently adapted into an anime, creating the final lasting tie between Super Sentai and animation.

So with Super Sentai taking its place among history, now we can turn to everything it inspired. In our next installment, we’ll be discussing Voltron, in part three we’ll look at Robotech, and finally in part four we’ll discuss Transformers and other derivatives that found themselves in the crossfire of the mecha boom of the 80’s.