The Interesting Case of Songs in Cartoons

Recently Dylan wrote a piece on this site about theme music for shows.  I read the piece and was inspired to explore the idea of music in cartoons deeper.  I realized this split into two sides: songs and scores.  As much as I would like to write about scores in cartoons I feel I would only really talk about Steven Universe in any depth.  So instead I’ll be looking at the songs in cartoons with lyrics, that aren’t used as the opening theme.  I’ve divided all cartoons into four categories: cartoons about bands with songs in every episode, cartoons not about bands with songs in every episode, cartoons with frequent songs but not in every episode, and finally cartoons that rarely have songs. 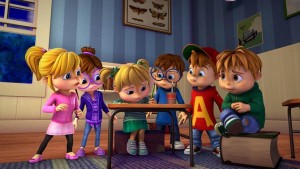 First let’s talk about cartoons about bands with songs in every episode.  This includes shows like Alvin and the Chipmunks and Grogband.  This category makes the most sense, as since the main characters are singers it makes sense they frequently sing.  Often times the songs are used as a loose connection to the plot of the episode and either are used in a montage scene or a concert scene at the end of the episode.  These shows are typically episodic rather than serial, and often air after school as opposed to Saturday morning. 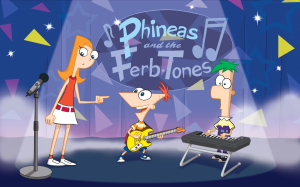 The next category on the list is cartoons without bands with songs in every episode, and this is probably the strangest category.  For some reason, although no one in the show is a musician, every episode a different song plays, typically during a montage.  Phineas and Ferb, some seasons of Scooby Doo, and many preschool shows fall into this category.  Most shows in this group air new episodes on Saturday morning and like the above category are episodic rather than serial.  Now there is some bleeding between these two categories in that many shows that don’t have bands but have songs in every episode usually do one or two episodes where the characters form or meet a band who play that episode’s song.  The songs can relate to the episode’s plot, but as What’s New Scooby Doo taught us they certainly don’t have to. 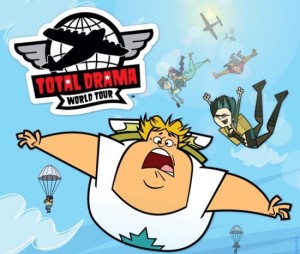 Some shows hang in a very weird limbo between the two categories, specifically I’m referring to Total Drama World Tour.  They sing because they have to for the reality show they’re on, but the songs aren’t usually used in traditional montages, more like music videos.  This is also the season of the show where this happens as all other seasons fall into the rarely have songs category.  Now clearly shows aren’t designed with my four categories in mind, but still it’s interesting to see shows that go outside the norm. 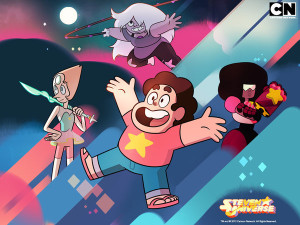 Now the third category, which is very popular on Cartoon Network right now, is cartoons with frequent songs.  This means that someone watching the show would be justified in expecting an episode to have a song.  It’s hard to quite draw the line between this and the fourth category but shows in this group include Regular Show, Adventure Time, and Steven Universe.  This listing shows the two ways cartoons in this category work.  Shows like Steven Universe and Adventure Time work their songs into the show, and the people are actually singing in the episode.  In cartoons like Regular Show and The Simpsons however the songs play in the background and are more for comedic effect.  What makes this category very special is the weight that the songs carry.  Episodes with songs become more remembered because the songs are things people go back and listen to over and over again.  Many of Steven Universe‘s most remembered episodes have songs, same with Adventure Time.  This is still a relatively young category and I expect to see it become even more prominent. 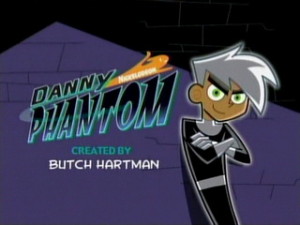 Finally we have those cartoons that rarely have songs. They may only have one or two songs, if any.  Cartoons like this include Danny Phantom and Fairly Odd Parents.  The one or two songs they do have though typically stand out (admit it, Ember was stuck in your head the moment I said Danny Phantom).  The vast majority of cartoons fall into this category, but still even if a show runs nine seasons and has one song people remember it, why?  People love music, they attach to it, it’s why we have theme songs.  Hopefully this categorization of cartoons will help show reviewers, creators, and people simply interesting in breaking down shows like me.  Let me know your thoughts and which category of shows interests you most.