An Ode to Theme Songs 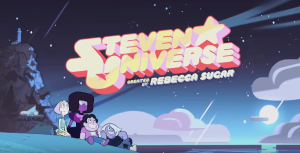 Oh, the dying art of a catchy theme song (or theme tune or theme music or signature song or whatever you want to call it). It seems like we’re seeing less and less theme songs on television nowadays, and when we do see them they’re short and inconsequential.

Animation is the one realm where theme songs have survived, to a certain extent. In Japan theme songs are a staple in anime and always have been. Their opening and closing themes can even be chart toppers and considered “actual music”. Accompanied by brilliant opening sequences, these themes are vital parts of each show. This has pervaded into American animation to a extent, with Steven Universe, Gravity Falls, Adventure Time, and RWBY featuring great, iconic themes.

Nowadays non-animated shows can have theme songs too, although it’s much rarer. Talk shows have retained themes and the new The Late Show with Stephen Colbert theme is just great. Weirdly, the most popular show on broadcast television right now features a constant theme when most others do not. Dan Schneider Nickelodeon shows always had great theme songs, and Dan even wrote a great piece several years about about his strong views on this.

Very rarely theme songs and their corresponding opening sequences can be used to enhance the storytelling of an episode, and oh man do I love it when that happens. Recently Gravity Falls’ Weirdmageddon episode featured a subversion of their normal theme from the villain’s perspective and it was perfect. The best part of the episode. When I saw it in the episode I was instantly reminded of Fairly Oddparent’s first TV movie which featured a monkey version of their normal theme song. It was one of my favorite things as a kid and it still holds up now (I watched it just now and “bananas bananas bananas” is still hilarious).

What is it about theme songs for shows that appeals to me so much? Maybe it’s their concrete stability in an ever changing world. When I sit down to watch my favorite show, at least I know the theme song will always be there to greet me. Maybe it’s the build-up it provides for the episode at-hand. The Gravity Falls theme never fails to get me excited for the upcoming episode.

Whatever it is, theme songs are a vital piece of many of my television experiences and I sincerely hope that the current trend of atrophy that they are experiencing is disrupted before they disappear completely.