A year ago after the Season 3 finale, I ranked the top 25 Star Butterfly outfits. Now after the series finale I thought it might be time to revisit that article. Maybe see if I changed my mind on some outfits and maybe rank a few new ones too. Season 4 didn’t really add that many new outfits so I included a few I disqualified from earlier seasons and ended up with 30. It turns out this is pretty much every outfit in the series minus some minor variations, but because I know some people will get pedantic I have titled this Top 30 just in case.

Outfits are ranked mostly in order of how well they fit with Star’s overall aesthetic and get bonus points for originality and general wow factor, but mostly they’re just ordered by how much I like them which, as per usual, is an objectively subjective ranking system. My thoughts from the previous article carry over to this one although I’ve rearranged some things based on sheer whims.

Special thanks once again to the Star Wikia for providing screenshots of every episode as well as a list of outfits. Spoilers for all of Star vs. the Forces of Evil! Now onto the list! 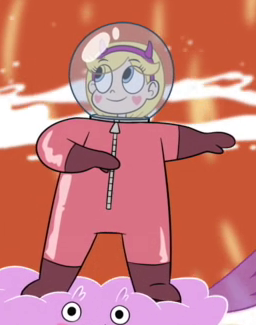 It’s a lava suit, not much else to say about this one. 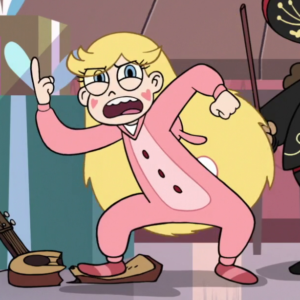 It really is just a kigurumi, you could just go out and buy this at a store right now. Even if you got the cheek marks with this, no one would have any idea that you were attempting some kind of Star Vs. cosplay. It’s cute but nothing about this says “Star Butterfly original” in any way. 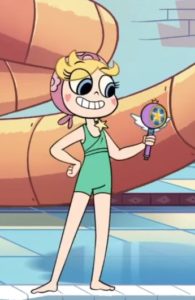 Again, this is a thing one could reasonably find at a clothing outlet. The star pin gives it the slight edge over the PJ’s.

To echo both my original thoughts, and the previous themes, this is an outfit one could easily find. I like the socks, the purple eye mask, and the overall color palette but otherwise, meh. 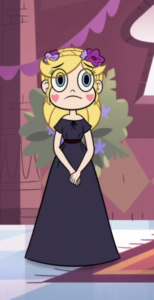 I kind of like this one a little better upon reflection. The dress is still a little plain, but the braid with the flowers as a stand-in for the headband is a nice touch and adds a little bit of that Star flavor to it. I don’t like it that much more than previously but I like it a little bit more. 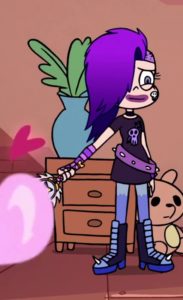 Makeup still doesn’t do it for me. I like the effort put into this one but it doesn’t really work for Star, and that’s sort of the point in-episode. Really just a mismatch of random stuff you could find at 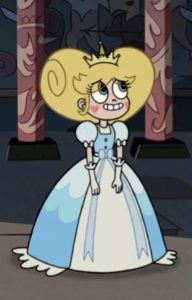 Still a bit too formal, still a bit too poofy, still don’t like that tiara. Still just seems a little too stiff for a good Star outfit. 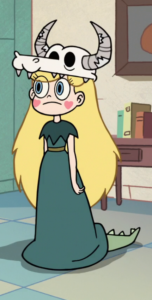 On second thought, Star absolutely pulls this look off better than Ludo. Face paint would still have helped though. 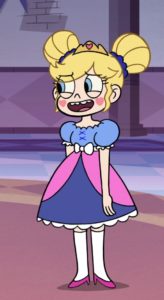 We’re moving along on the sliding scale of formal outfits. I prefer this hair style and tiara to the previous two. I don’t actually like the shoes very much, nor do I think that particular shade of pinks really works with the blues.

Still a good fusion of Star and punk but no longer my favorite. Not really a fan of the boots nor the popped collar this time around. 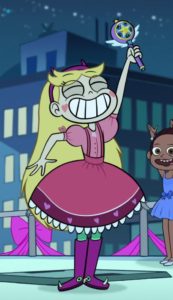 A nice part dress, definitely more in the vein of Star’s usual style. Still like the boots but overall not as much of a fan of this as before. 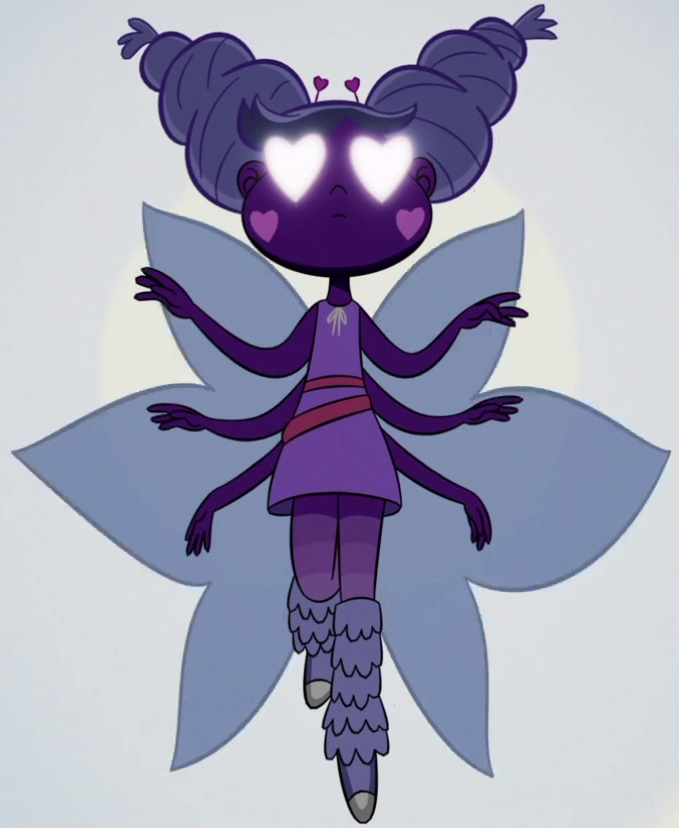 A variation of the Cloudy Dress, only seen when Star is in her unfinished Butterfly form. I like the purple color, not sure how I feel about the six arms. I guess it definitely gives off the impression of a butterfly. I also like the little hearts on the headband. 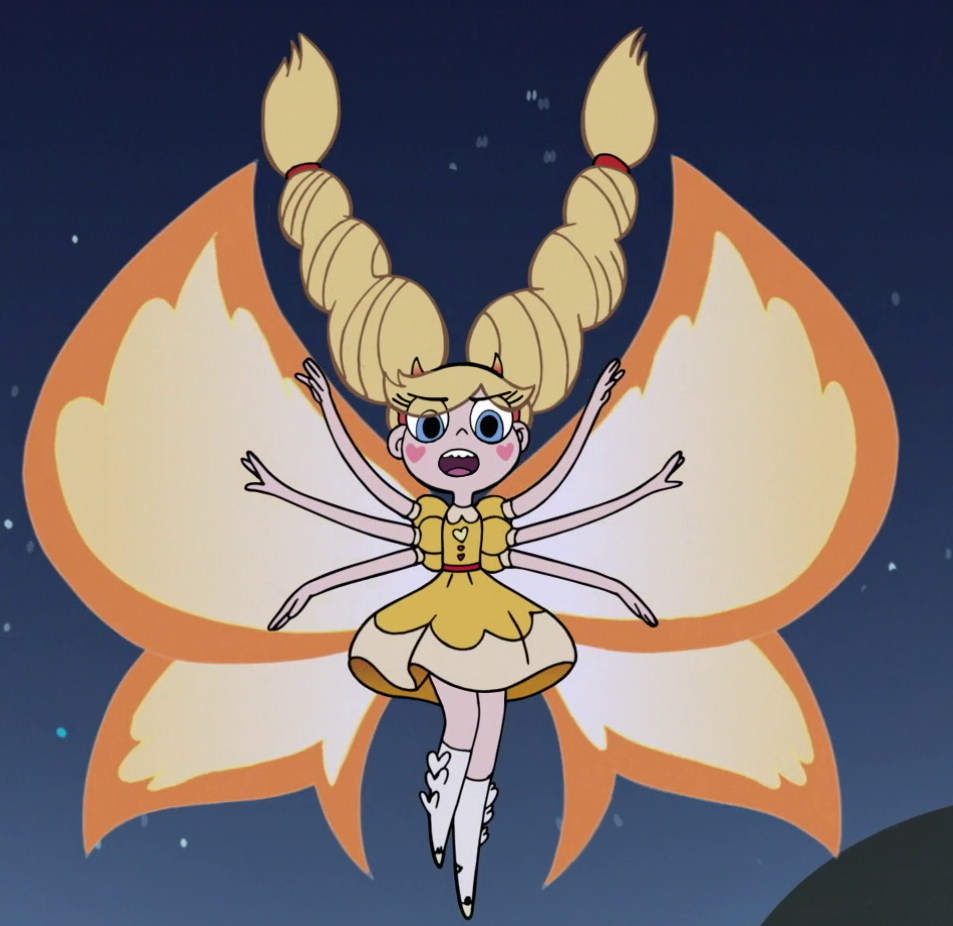 Actually an alternate version of the Green Spider Dress. Sort of an overall theme I have with these is, I like them, but I like the originals better. This one is more complete than the partial version from Mewberty (even though I kind of prefer the color scheme of that one) and therefore ranks higher. 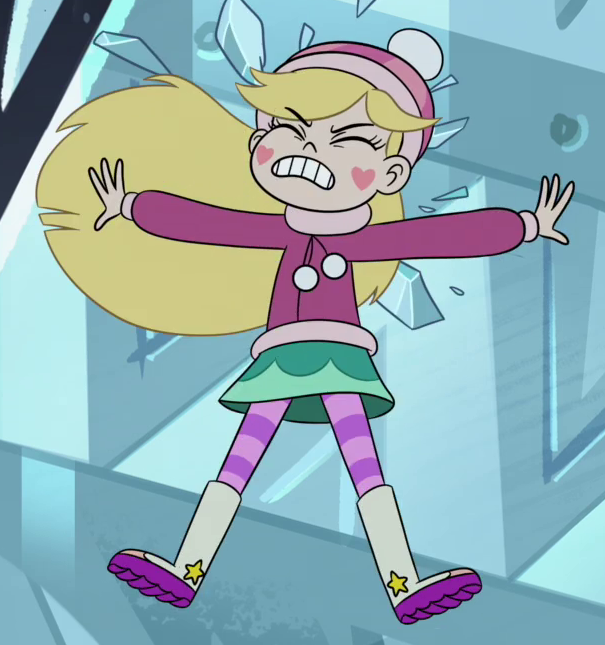 The other winter outfit, this one is yet another variation of the spider dress, not as much of a fan of this one as I am of the other Winter outfit. 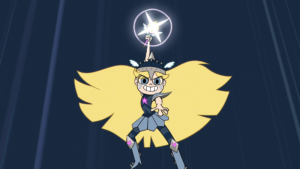 Maybe I’m just not feeling the battle forms as much this time around? Or perhaps I just don’t like the pointyness as much anymore. I don’t know, just seems like regular old battle armor but with some stars on it.

This one actually works more for me now, the whole color scheme and aesthetic work much better than the first “punk” outfit. The fact that the horns are different is what sells me on this one being the best.

What a turnabout of fortunes for the BM Ballgown. Perhaps the 1/3 season finale soured me on this a little, but also I’m finding myself more of a fan of the casual wear than the dressy stuff this time. It’s still a very good dress though.

It’s still very cute, very Flintstones. Kind of wish they had done something with the headband though. 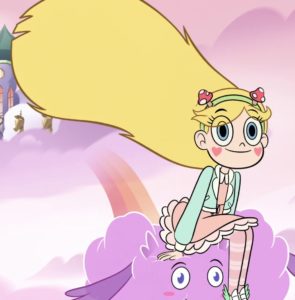 I actually started this whole “reconsider my previous rankings” thing after people (you know who you are) complained about this being ranked too low. Well, congrats, it’s higher now, both relatively and empirically. 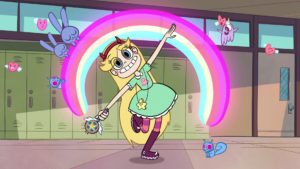 Ah the old classic, I’m more of a fan of the darker greens of the later outfits so this has somewhat lost favor.

8) Edgar Dress (Party with a Pony)

More of a fan of this shade of green, still not a fan of that shade of boots though. Lot of minute differences in top ten overall, they’re all more or less similar. 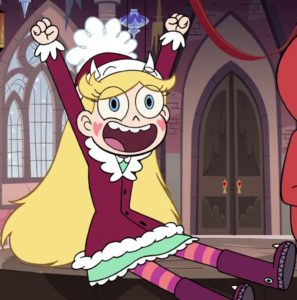 This one ranks higher than the previous winter coat primarily for two reasons: I like the color scheme better, and the horns being incorporated into the hat. I still prefer this to the original Octo dress due to how the coat and boots match.

Come on, it’s a pie dress, there’s pie filling boots, the skirt is designed like a pie, the hat has a little cherry. It’s the whole package. I’d prefer it a little more if the handbag were a different color but it fits with the stockings. 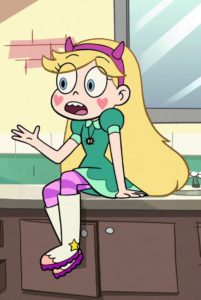 I still really like this shade of green and I definitely like that shade of purple. This dress is so good they’ve used in multiple other designs.

This one is still great, the colors work, the cloudy bag is great; like the previous dress this is so good it’s been reused for other designs. 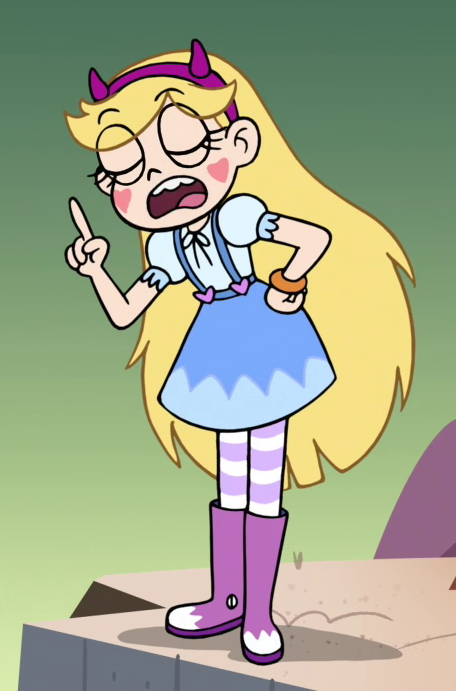 The only new casual outfit in Season 4, this one makes up for the lack of quantity of the season by being a very good outfit. Honestly if this were a shade darker it might even be my favorite. 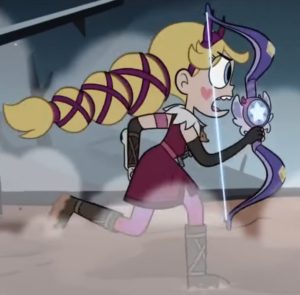 God this outfit is still so good and it infuriates me that there isn’t a good screen shot of the whole thing.

1) Narwhal Dress (Scent of a Hoodie) 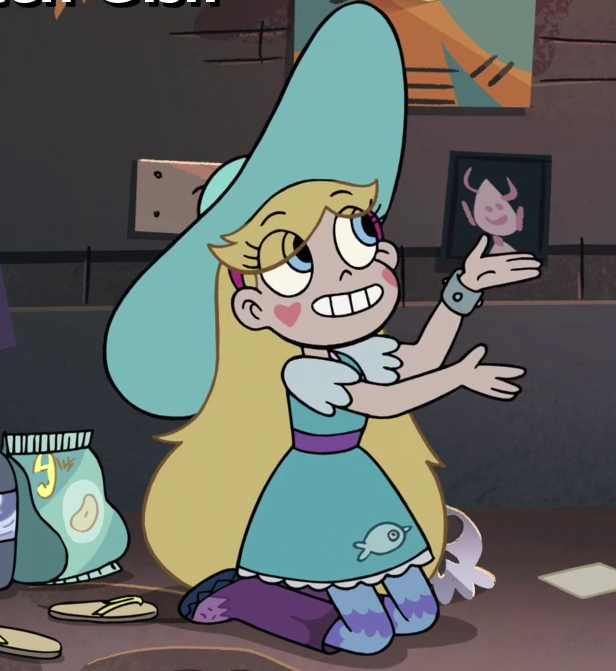 Everything you loved about the Narwhal dress previously, now with the added benefit of a great hat. Also chronologically the last outfit of the series and the Starco culmination outfit. Clearly the winner.