Andy Potter leads our heroes through their journey to save Mistral from a new threat in the second installment of our RWBY Dungeons & Dragons campaign, “The Scourge of Mistral”! In this installment our heroes venture to the town of Green Grove, nestled in the foothills of the Chungan mountain, and encounter a mysterious organization. 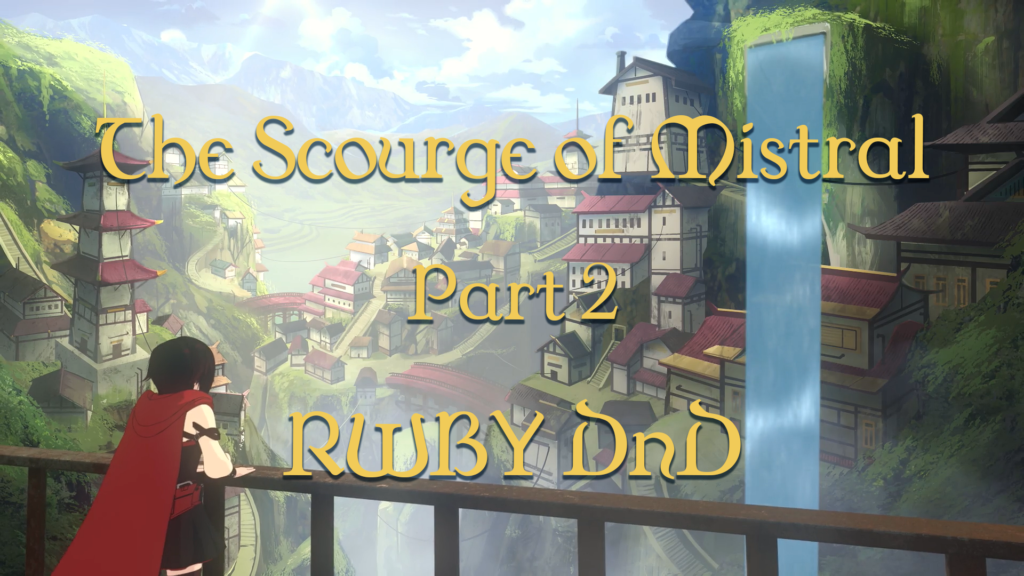