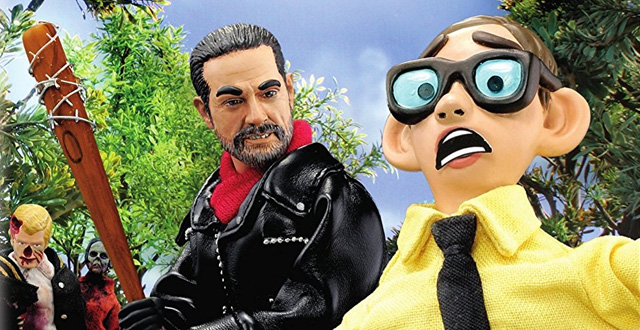 The DVD’s presentation is fairly basic, although solid. The box art, disc, and menus feature art from the special. The options menu just features a subtitle option. The menus each feature songs from throughout the special, which are definitely a highlight. The standout “Welcome to Terminus” and others including “Do the Neagan” will also be part of a digital EP release on March 23.

The big draw of this DVD release has to be the extensive Special Features included. I was pretty blown way by the amount of them and how many of them are worthwhile. The highlights are definitely the two commentary tracks with the crew, the behind the scenes look at the origins of the special, and the deleted scenes. Here’s a full listing of what’s included:

With a Blu-ray version available and excellent special features including commentary tracks and deleted scenes, “The Robot Chicken Walking Dead Special” DVD is a must-have for Robot Chicken fans, and definitely worth checking out as well for Walking Dead fans who may not be familiar with the series.