4 Years Was Worth It 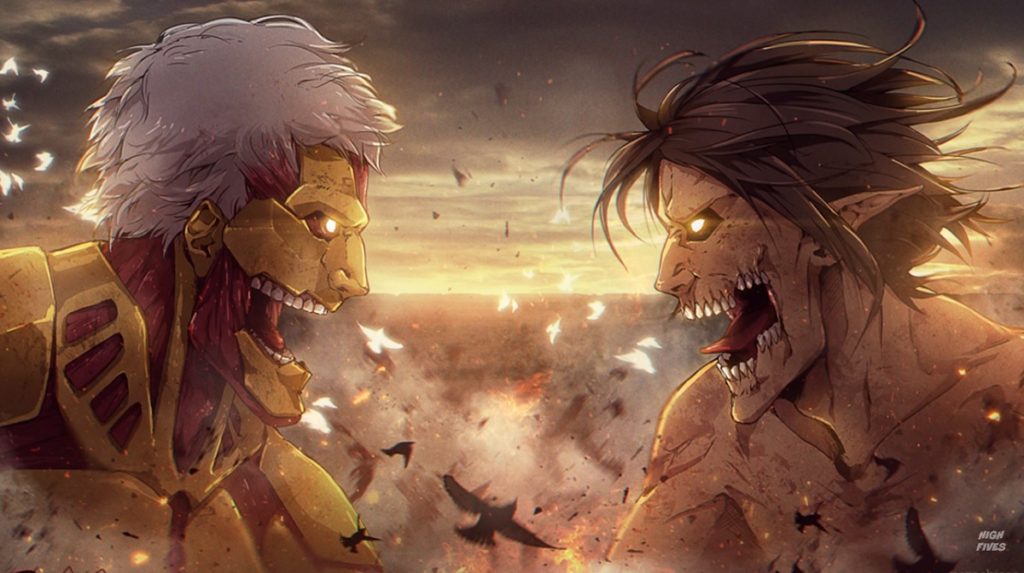 We waited four years and we were mad about it, but the newest Attack on Titan season makes me almost want to say that the wait was worth it. Almost.

I wouldn’t say that Season One was plot heavy. Action heavy, yes, but the plot was a slow burn. The world building was excellent but we had constant questions with little to no answers. After such an extensive hiatus I feel like most fans either picked up the manga to satisfy their curiosity or just lost interest because honestly no one can stay on the edge of their seat that long.

Season Two has a different feel though. It’s still action heavy, but a lot of things are being revealed. Questions are getting answered. Characters that were minor and unimportant in season one are now suddenly in the spotlight. The world is starting to make sense, finally. What are the titans? Who built the walls? What’s with the weird church people? What’s in Eren’s basement? Just kidding with that last one we still don’t know a thing about that. It’s all starting to come together. We don’t have the entire picture yet but I’m very satisfied with this season’s worth of plot development.

I know many people who have fallen off the Attack on Titan bandwagon, and I get it, we’re salty. It’s hard to get hype for a story you were left hanging on years ago, but I’d encourage you to at least watch the first of the Season Two episodes. You’ll get hooked again, I promise. Oh, and supposedly Season Three is coming out in 2018, so maybe the time of four year gaps is over.