Well, it looks like this latest hiatus in the Steven Universe airing schedule is going to end earlier than expected, as a new promo by Cartoon Network was released today advertising an event (presumably five episodes at least) slated to begin on Monday, May 8th. Fans went ballistic because of how much we were presented with, and while veterans know not to put all your eggs in a Cartoon Network hype video (“What we really are…” may ring some bells), there are some very pertinent pieces here that can help us to truly get hyped for the possible direction the show will take.

Life can get pretty intense, huh?

So the promo begins with a calm moment where Connie and Steven can just talk. In the exchange, they essentially recap the Zoo arc, with a focus on “alien abduction” and humans being put in zoos. Good thing we’re past that, right?

However, as we expected from some of the episode descriptions put out by online television guides such as Zap2it, it looks like we’re following the abduction angle on a slightly greater scale. It is outright said that Sadie is missing (and this will probably be the focus of “The Good Lars”, given the bond the show has developed for them in recent seasons), and Onion is also involved, as evidenced by a pretty funny Wanted poster turned into a Missing notice. But who took them? 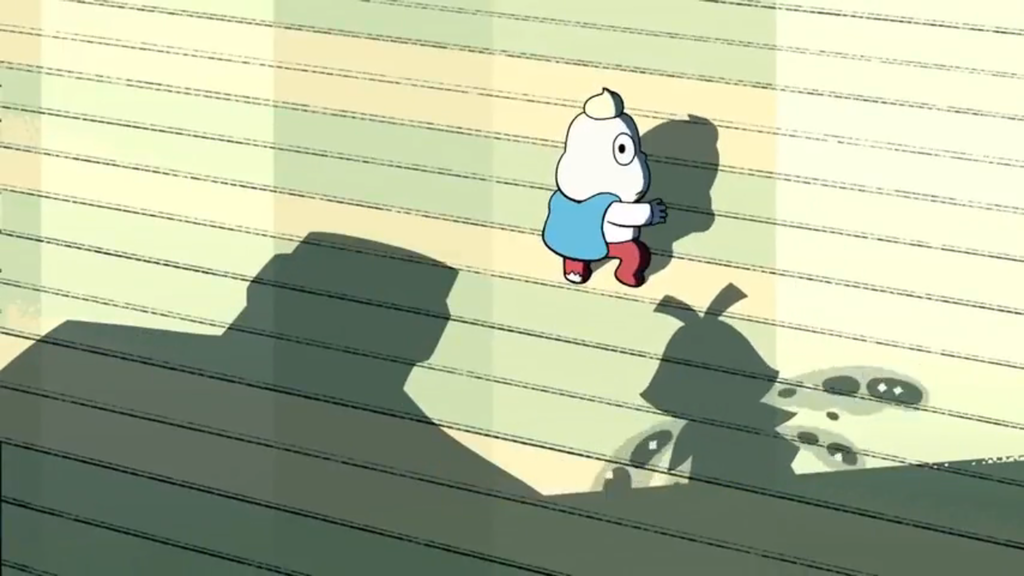 The biggest stars of this promo are these mysterious silhouettes behind Onion. The obvious theory is that these two are responsible for the kidnapping of Sadie, Onion and potentially others. But why target these people, or why target Beach City specifically? One can only imagine this is confirmation that Navy has gone back to inform the Diamonds of the Crystal Gems being in the general area of Rose Quartz’s base. However, we only know that Eyeball has information about Steven being Rose Quartz, so maybe this is meant to lure the Crystal Gems out more than it is meant for Steven, but as the promo lets us know, he’s the one who’ll be forced to make some decisions, it appears.

As to the identity of the gems themselves, there are already some leaks out and about from at least one individual who claims to know someone working in development of the upcoming Steven Universe video games. However, other theories that have been floated are the butterfly-looking gem being an era-1 Lapis, while the block-headed gem has been theorized to perhaps be the “real” Gem to come out of the hole in the Beta kindergarten we assumed to be Jasper’s. All in all, these are definitely two new gems we’ll be introduced to in a couple of weeks.

Steven, do you know what you’re doing?

Another big scene we have here is Pearl asking this of Steven before he gives her and Amethyst a thumbs up and enters what appears to be a bright yellow door. The door seems to me to be a classic piece of Homeworld technology, and some have guessed that this might be a craft of Yellow Diamond’s, perhaps even her own palanquin. It can’t be said for certain if Pearl is even saying that to Steven entering the door, as Pearl has Funland at her back, and a Diamond craft landing there seems somewhat out of place. All the same, it does seem that the odds are in favor of Steven at least making contact with a representative of the Diamonds, if not a Diamond herself. This may mark a shift in him avoiding Homeworld, as the Gems had taught him to do throughout many seasons. The other side of the coin is that he pretends to be a full human, continues to conceal his Gem identity, and simply attempts to break out the abducted. However, given the focus the show has given to Steven coping with his Gem identity, it would seem out of place that that is not considered in a confrontation with a Homeworld gem at least once in this arc.

Are you my dad?

Those are the most puzzling words of the entire promo, and no theory I’ve seen has really satisfied me. The common one seems to be that the baby-like voice is The Cluster, somehow sentient, addressing Steven. And in a sense, that would be true as Steven is the one who allowed them to unite their hive mind towards something positive and gave them a newfound purpose (in the short term, to not destroy the Earth). Also, while it hasn’t been confirmed, the assumption is that crushed Crystal Gems are members of the Cluster, so they would be more familiar with the concept of family than Homeworld (one example is Peridot expressing puzzlement at the term “dad” in “When It Rains”). Other more far-out theories include a Watermelon Steven gaining sentience, or time travel re-entering the Steven Universe universe and it being a descendant of Steven, probably by means of Connie.

In any case, that statement comes after Steven saying, “She wouldn’t have wanted this! But I do…” At the end of the day, it looks like the arc of Steven living in the shadow of Rose will finally come to a head, and in spectacular fashion. Good thing there’s still two weeks to pick apart a minute-long commercial.

Steven Universe will air its next episode on Cartoon Network on Monday, May 8th.