CW really has a knack for creating superhero shows. They’ve given us Smallville, Arrow, The Flash, Legends of Tomorrow, Supergirl, and Vixen. That last one may not be familiar to many of you, but it is the only animated series Greg Berlanti has worked on. Vixen is a short web series released on the streaming service CW Seed, with two seasons of six episodes each. The entire series so far only runs about an hour, so there is not much to catch up on. 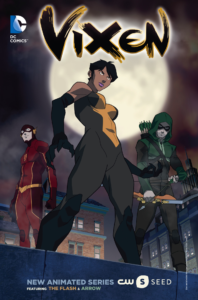 My first worry with the show was that it would rely too heavily on the other Berlanti shows for me to understand what was going on. I’ve seen bits and pieces of the various shows, and I was fine. I knew who the other superheroes were, I knew who Felicity was, I knew certain overarching plot points, and those were mostly explained. So although the show does take place in a shared universe, you can watch it on its own and understand the vast majority of it.

So it’s accessible, but is it good? I’d give it a fairly average yes. I enjoyed it, and I think it’s good, but it’s not groundbreaking. It is fresh though, as it gives us a bit more mature tone, and it is always nice to see a female superhero leading her own show. In fact, as this show aired about two months before Supergirl, it is the first female led show in the shared universe. The action is good most of the time, occasionally great. The story is a bit cliche, but as a superhero story feels unique. I really enjoyed the character’s lore, and thought it was fairly well explained. The animation is by no means offensive, but I’ve certainly seen better. The only big knock I’d give it is that the dialogue can really drag at times. 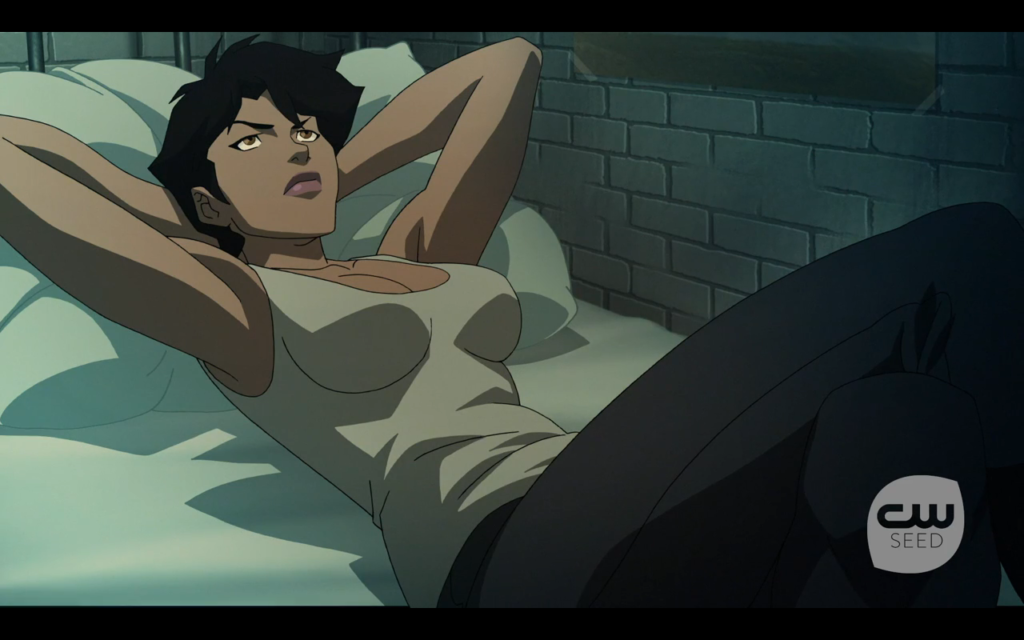 So it’s not bad, but what’s it about? Mari McCabe arrives in Detroit searching for answers about who her true parents were. Armed with only an old necklace, she tries to discover her past. She soon learns the necklace has the power of the spirit of every animal to ever walk the Earth. She soon comes face to face with her family, her heritage, and a bevy of other heroes. To say much beyond that is a spoiler, but it’s a fairly original superhero story with an interesting female lead, and if that sounds good to you, check this show out.

So the show is on CW Seed, which is a completely free streaming service, but there is a catch. The full show will stay there indefinitely, but they are releasing a movie. Vixen: The Movie comes out in early May, and will be both seasons plus about fifteen minutes of new content, meaning the full film should be about 75 minutes. Personally, I would suggest checking it out now, and if you like what you see, consider getting the movie. It seems highly likely we will get a third season, as the character has been doing very well. She appeared in an episode of Arrow, and her grandmother, also called Vixen, appeared in Legends of Tomorrow. I’d give the show a 6.5/10, and considering it only takes about an hour, and is free, I’d suggest giving it a try.