The entire point of the Robo-Retro series has been to tell a weaving story. The story began with the creation of Super Sentai in 1975 and for now is concluding with the launch of the rebooted Voltron series. As such, you’ve now seen the beginning and end, and so this article and the next will fill in the gaps I’ve left. From the very start of the series I’ve been talking about Robotech, and today I’m finally discussing it. Robotech helped bring Power Rangers to the west, and is often seen in parallel to Voltron, but it had probably the smoothest production. 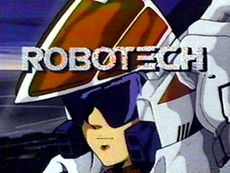 It it all started in 1982 with the creation of Super Dimension Fortress Macross, an epic space-opera that launched both the Super Dimension franchise and Macross franchise. In addition the show spawned the idea of anime idols, so either praise or hate it for that trope as you see fit. It told an incredible story and as such Harmony Gold wanted to bring it to America. Their original plan was to simply subtitle the show and send it straight to video, but then they decided to dub it. They wanted the show to air in syndication but that would require sixty-five episodes; Macross only had thirty-six. As such they turned to a different source, another dimension if you would. 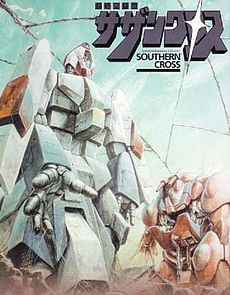 Being a sequel to Macross in name only and a couple passing references, Super Dimension Calvalry Southern Cross was the third show in the Super Dimension series. It was also the least successful, being cancelled after only twenty-three episodes. Harmony Gold was able to tweak those few references, and by also adding a few new ones to their newly created story that was not in Macross, they made the two flow seamlessly. They weren’t done yet though; they still hadn’t hit sixty-five, and so one more show had to be found. 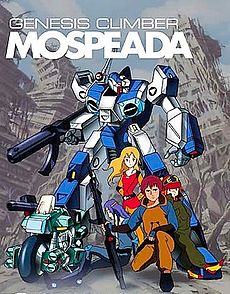 This time instead of searching for another sequel in name, they looked in theme. What they found was another transforming robot that had three stages, similar to the VF-1 from Macross, meaning the two would fit beautifully into one world. Genesis Climber MOSPEADA became the third and final component of Robotech, and the three shows were then cobbled together. Each show was seen as one season, war, or saga, and together told the Robotech epic. The first season saw the fight against the Zentraedi, whose leaders the Robotech Masters arrrived in the second season, only to be defeated opening the door for the Invid to attack. The story came together across three generations to build a coherent plot without any forgotten shows or misplaced footage, so take that Voltron. There were some issues though. The biggest one was the VF-1. It was an amazing transforming vehicle, but we never got a transforming toy in America. The figure had already been licensed out before Robotech was planned. So due to the biggest oops in animation history, the same figure was a Transformer toy, and in the Robotech show. The original Generation one Jetfire Transformer is from Robotech, and is now very valuable. So although Robotech didn’t have all the issues Voltron did, it seems no show was safe from production errors.

After the series ended though things began to fall apart. We got the movie which was met with mixed opinions, but after that just a barrage of planned and aborted pilots. We finally got two actually sequel movies with Shadow Chronicles and Love Live Alive, both based on older OVAs and released just a few years ago. Now we sit on a strange precipice with a live action movie in the works. We may soon see a revival of Robotech, but for now, we sit with a great piece of history, and an example of adaptation done right. Next time we’ll turn to Transformers, in our last installment of Robo-Retro.