When I first decided to do this series it seemed pretty straightforward. In fact I thought I could cover it all in one article because it was pretty simple. I assumed that Voltron was simply a translation of an older Japanese anime, and they just made a few edits to make it appropriate. I have never been quite so wrong. I knew Robotech would be complicated to explain from a production side, but it was only when looking at Voltron that I decided to split the Robo-Retro article from one part into multiple ones. The Voltron series has been around since the 1980’s, but it all started with a simple miscommunication.

I’m Not Lion, I Promise 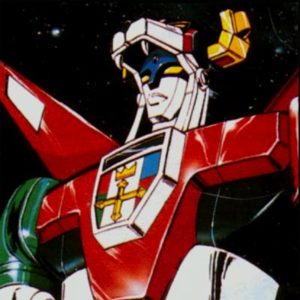 I couldn’t decide what order to tackle the absolutely insanity that is this show’s production, so hang with me as I try to make this as simple as possible. The best place to start is with what everyone views as Voltron, the lion one. The season known as “Lion Force Voltron” is a heavily edited version of the anime Beast King GoLion, but it wasn’t supposed to be. The original plan had been for that season to be an adaptation of Mirai Robo Daltanious, but when the producers requested the footage for “the ones with the lions” Toei Animation sent over Beast King GoLion by accident. It was a happy accident as World Event Productions, the people behind Voltron, liked GoLion more than Daltanious, and so the change was kept. Our entire perception of Voltron was almost very different, as Daltanious was only made of three robots, as opposed to five like GoLion. Most would view the fact that there was production issues from the beginning as a sign of more to come, and boy were there.

Wait…There Were Other Voltrons? 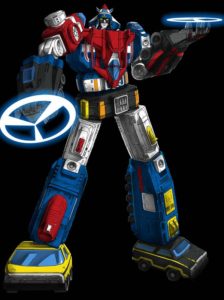 Eventually they ran out of footage of GoLion and so they needed another series, and as such they turned to Armored Fleet Dairugger XV. What’s the connection between GoLion and Dairugger? Robots. Both shows have robots, and that’s where the similarities start and stop. This became the season known as “Vehicle Voltron,” which featured fifteen pilots, as opposed to five. You’d be forgiven for having never heard of “Vehicle Voltron” though, as the season was never quite as popular, even when it first aired. Eventually footage ran out for Dairugger as well and so Lightspeed Electroid Albegas was tapped to become “Gladiator Voltron.” This one however never became adapted and instead more “Lion Force Voltron” was ordered, but with original animation, and it failed massively. So only two full seasons were ever made, but “Gladiator Voltron” toys were sold, as Voltron II. Don’t facepalm yet though as there is an explanation. “Lion Force Voltron” was also known as “Voltron of the Far Universe,” and “Vehicle Voltron” was known as “Voltron of the Near Universe.” This left “Gladiator Voltron” to be known as, you guessed it, “Voltron of the Middle Universe.” So I guess if you count by universe distance instead of season number then sure, Voltron II makes sense. 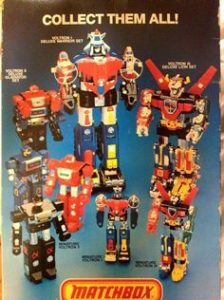 That’s just the mass confusion in the seasons, we haven’t even talked about the editing in the episodes yet. As with many shows brought from Japan, Voltron was heavily edited for American audiences. The biggest example of this is Sven, who was killed off early on in the show. In GoLion, much later they bring in Sven’s twin brother. In Voltron however, it’s still Sven! In fact several characters die in the original that live through all of Voltron. The biggest death that gets censored out though is Earth. That’s right, one episode of GoLion sees a desolate, post apocalyptic Earth destroyed. In Voltron however, it’s just a random alien planet. You’d think this was for censors on the networks, but Voltron aired in syndication. This meant the show could avoid a lot of regulations, just ask Robotech about that. Nevertheless, almost every single episode got censored. 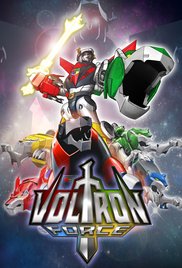 So after the show ended what happened to it? We got a TV Movie in 1986 that flopped, and then a CGI series that flopped in 1998. So what finally got Voltron back on the right path you might ask? Nicktoons, yes the channel, Nicktoons. Voltron Force was created as a sequel series that saw the original lion pilots teaching the next generation. Critically the show did rather well, but due to low ratings coming from, oh I don’t know, only airing on Nicktoons, the show was cancelled after one season leaving the series on a cliffhanger. So with two original seasons, a couple other projects, then a well received sequel series, what would be the correct thing to do next? Reboot of course. Don’t get me wrong, the Dreamworks led Netflix series, Voltron: The Legendary Defender, certainly looks great, but knowing how we got here it’s amazing the show is being made at all. Hopefully this will be the first Voltron series to go off without a hitch.

So there you have the mass insanity that is Voltron, a good show with a heck of a production story. Next up we’ll be looking at Robotech, and a lot of parallels between the two will become apparent.