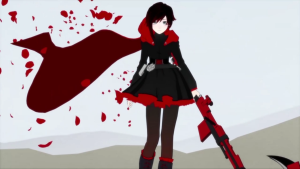 As I wait, eagerly anticipating the premiere of RWBY Volume 3 this weekend, I look back on the first two seasons and remember Volume 1 with an almost untouchable reverence. Those were the golden days, when pure exposition of an incredible new world and incredible characters wasn’t hampered by inconsistent narrative.

As it turns out, my fond memories glossed over the growing pains the show encountered as it took on a ludicrous amount of expository material in its less than two hours first season. How could the show possibly be successful in establishing all of its four main characters, multitude of side characters, villains, locations, and potential plots? RWBY’s Volume 1 was always destined to fail in some areas, simply because it tried to do too many things.

At its best, Volume 1 is absolutely stunning, and rewatching the first Chapter of the show and Chapters 5-8 in the Emerald Forest was a true delight. The Emerald Forest was a marvel of storytelling, successfully introducing us to all of teams RWBY and JNPR in the context of an action/adventure set piece. Ruby and Weiss’ interactions here in particular are so engaging and I can see what initially attached me to the two characters so much. The chapters in the forest end with what is probably my favorite action sequence of all time in animation, one that I think is still the best example of this show’s signature “anime/music video” style fights.

At its worst, Volume 1 is near unwatchable. It’s a shame, but the Jaune sequences in Chapters 11-14 are really bad. Before he was thrust into the spotlight, Jaune was already one of the less interesting characters in the show, taking too much time away from establishing our core four. But once he’s the main character of the show for an inexplicably long period of time, the show’s quality nosedives. Thankfully it quickly recovers for the season to end successfully in Chapters 15 and 16, with another great action sequence.

What comes out overall is a very positive season of animation, that features some of the best exposition I’ve seen, but not nearly enough of it for all the many elements of the show.

We will be covering Volume 3 of RWBY with regular weekly podcasts when it returns Sunday October 25th.