About a week ago, I was asking some friends if they knew of any pieces of media that deal with the menstrual cycle. Alex pointed me to a trailer for an upcoming Netflix original called Big Mouth. While there were some crude moments in that preview, I couldn’t argue with the draw of having another Nick Kroll show, as well as having John Mulaney, Jenny Slate, and Maya Rudolph as some of the vocal talents. I decided when it dropped, I’d check it out.

(Note: This trailer is NSFW)

The story about a group of kids (three boys, two girls, all cis by the by) going through the beginnings of puberty. This show is unimpressive at best and a complete mess at worst. It’s very Family Guy-esque in its humor and tone, and with that it’s definitely a huge step down in the era of more thoughtful adult animation such as Rick and Morty and Bojack Horseman. Really, the only thing it has going for it is that it’s on Netflix and is able to get away with showing graphic sexual situations, genitalia, as well as gratuitous cussing. 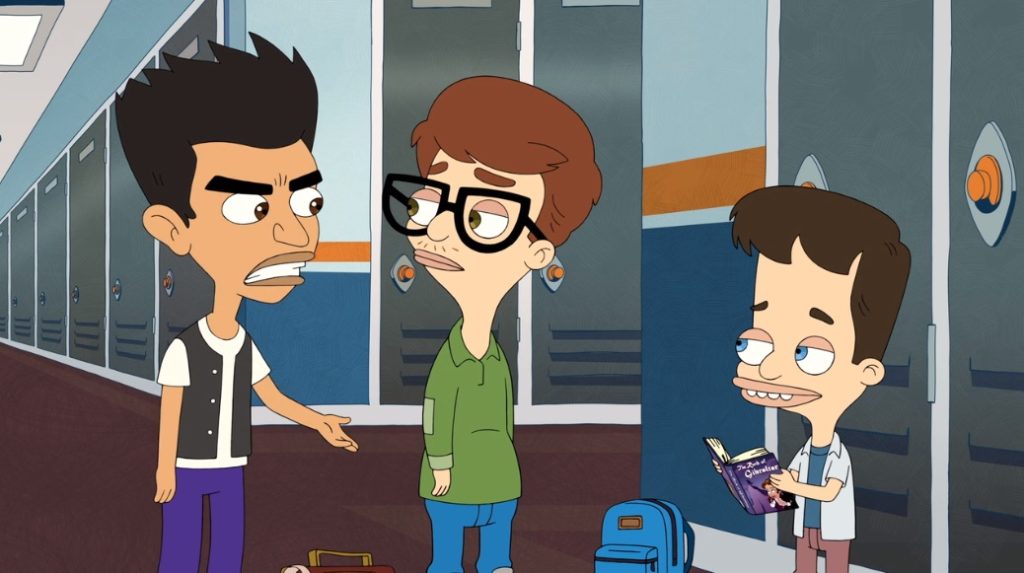 Big Mouth is just…not funny. Not in this day and age. It reeks of mid 2000s adult animation in terms of its no holds barred, gross out brand of comedy. Comedy is subjective of course, but this show brings absolutely nothing new to the table that I haven’t already endured except for being able to get away with talking genitals playing basketball on my computer screen. Maybe it falls flat for me because I’m a 23 year old lesbian and not a 14 year old edgy straight dude teen or a pushing 40 comedian? Forgive me if I’m a “prude”, but I was hoping that there would be something nuanced and more true to life with its subject matter of puberty, but there’s a main character called the Puberty Monster for crying out loud. He’s a sex crazed beast made to be an exaggeration of hormonal thoughts, but really? Some of the stuff that comes out of his mouth is so deranged, ugly, and terrible that I’m not sure what to think. Am I supposed to believe that the majority of cis guys going through puberty have such concerning thoughts rattling around in their brains? Oh, and there’s a separate puberty monster for the girls too. She’s not as bad, but she brings out all the cattiness and only really re-enforces a ton of negative stereotypes and views about women.

The show’s crummy opinion of women is a shock in 2017. How do we have scenes of a guy projectile vomiting when he learns his friend had gotten her period for the first time? How are there parts where guys’ heads explode at the thought of women being able to be sexually aroused too? Their toes are right on the party line of satire/seriousness here, and most of the time it felt like the negativity towards female puberty was being played painfully straight. 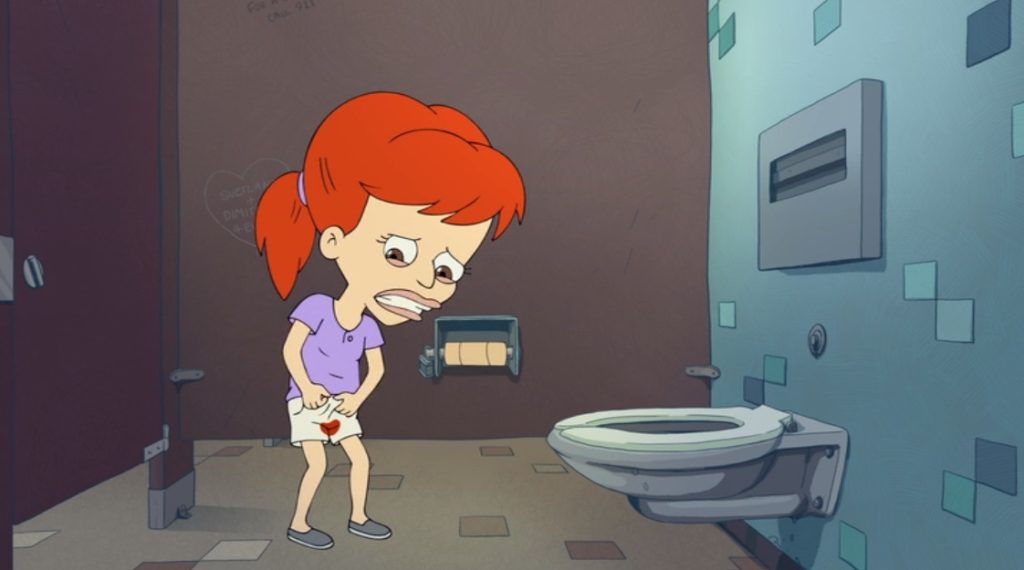 This bugged me to no end. I understand that the show tries to make male puberty seem absurd and nasty, tries to paint the boys as stupid and naive, but given the society we live in, I don’t think that you can have it both ways. You can’t say “ha ha boys are dumb, gross, and masturbate” and “ew girls bleed and are mean” at the same time and expect it to go over well with anyone but a cis-male, 18-49 audience. Mentalities like that just perpetuate male dominance and make people think that that’s okay, treating the female anatomy as utterly vile was fine when you were a kid and it’s fine now. It’s justifying people’s questionable opinions whether or not that was the show’s intent. It’s funny and #relatable when a kid has sex with his pillow and when a kid accidentally ejaculates in his pants, but when a girl is getting her period it’s framed as so disgusting that I felt uncomfortable. Do my cis-male friends feel that disgust? Should I feel more shame than I already do about having a period? News flash, the menstrual cycle happens. It has been happening to billions of beings since mammals became things. What is a natural part of life has always been painted as this unholy happening by the patriarchy, and it’s rather sad to see that view continued here, no matter who was at the expense of the joke. 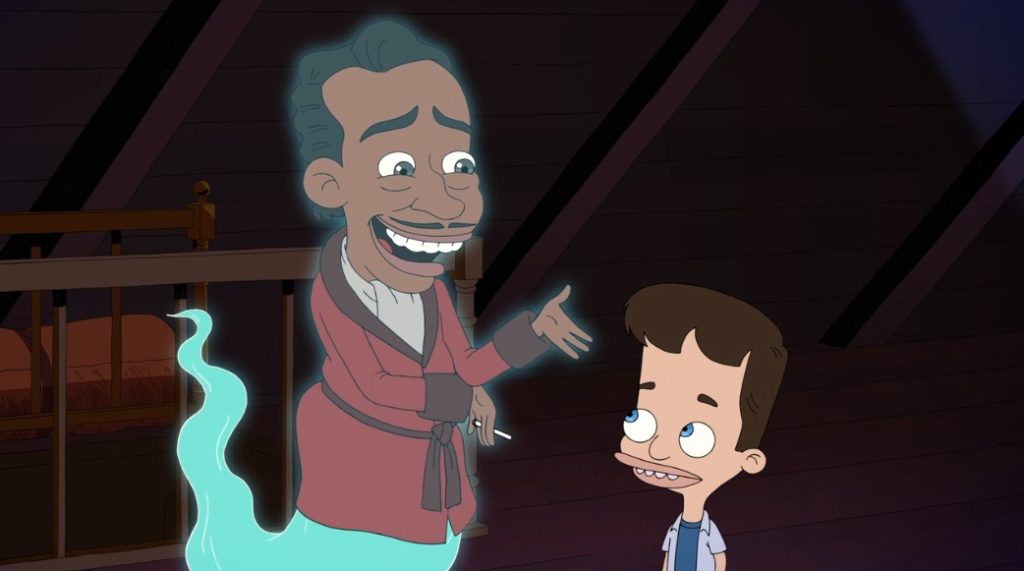 I had high hopes going into this. Unless you’re one of the first few seasons of Degrassi: The Next Generation or a very special episode, no one talks about puberty. We all go through the ups and downs of being subject to our own hormones, it’s one of the universal truths of being a human being. Having a show with the premise solely focused on those experiences is a great idea, but needless to say the execution here is unsuccessful and personally made me feel sourly unsettled. And while there were some good moments (an okay look at questioning your sexuality in ep. 3, looking at consent/pressure in ep. 8, a cheating/dealing with divorce plot line in the last couple of episodes), overall it was five hours of non-nostalgic cringe inducing narrative. The theme song, Changes by the recently passed Charles Bradley, was pretty good though.