The Problem of Portraying Mental Illness

Trigger Warnings for talk of suicide and general mental illness.

Mental illness is not an easy subject to tackle in any form. As always, we are an animation site. I’m not here to make any grand sweeping criticisms of my country’s mental health care or to reflect heavily on my own experiences (though knowing me I’ll likely do some reflecting). I’m here to look at a topic I care about in a medium I enjoy above others. 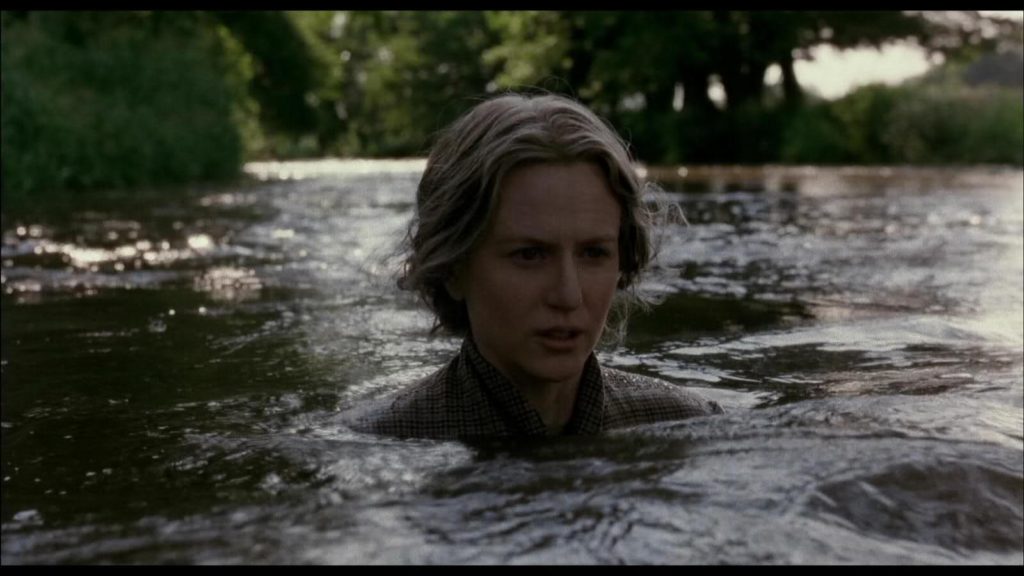 There is something to be said about the correlation between stigma and critical acclaim when it comes to stories about mental illness. In the real world, no one talks about it. It is shameful to have mental health problems even though 1 in 5 adults in America experience some form of mental illness in any given year. It’s not a “real” problem, it’s not a broken leg or a tumor, right? I can’t tell you how many times I’ve been told that I’m “faking” my mental problems or to “get over it.” But in fiction, stories about mental illness are praised. The show Crazy Ex-Girlfriend has a 98% rating on Rotten Tomatoes, films like A Beautiful Mind, The Hours, and Silver Linings Playbook among countless others have gotten various degrees of Oscar glory in the past 20 years. They are under-told stories that get brushed aside in real life. There’s a realness and validation in those works that we don’t get from anywhere else, knowing that you and your problems exist and it’s there on the screen despite what your parents/friends/bosses/doctors tell you. Those stories stick with people. 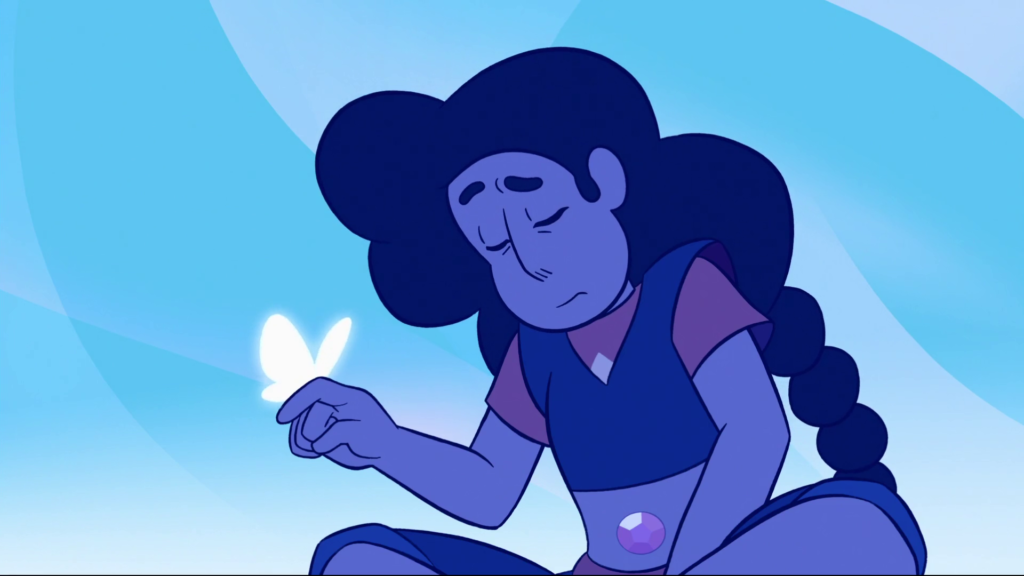 I can think of quite a few shows aimed at kids that deal with mental health problems: Steven Universe, Adventure Time, and Avatar: The Last Airbender for example. And there is… a complicated interplay between characterization and character development with this. In real life, life events can trigger mental problems or it can also be biological, developmental, chemical, genetic, or any combination there of; it all really depends on the person. But portrayals of mental illness in animation tend to show the life events part above any other, whether it’s informed via backstory or it happens in the plot. It’s a matter of description vs. progression. Let’s look at Zuko from Avatar (yes I know Azula is what we’d more think of as mentally ill, I’ll get to her). We first see him as an angry, intense young man with a mission. As the series unfolds we learn bits and pieces of his past, his traumas, and that changes how we see him, how other characters interact with him, and how he interacts with the world. Episodes like “The Storm” and “Zuko Alone” are like breakthroughs in therapy. We get to the root of what’s causing all of the anguish, outbursts, anger (characterization) and then subsequent episodes we’re confronting those issues and trying to cope with them, to move past them (character development). There is the expectation in animation that if a character is going through something before the start of the story or during it, by the end of the narrative they’ll be over it, “cured” by the plot. 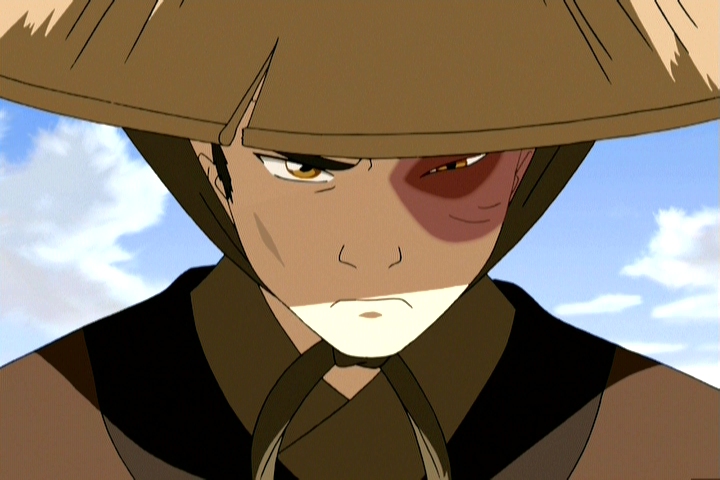 There’s no professional validation in these works. I’m not saying that in order to have a mental illness™ you need to get professionally evaluated and diagnosed, I’m saying that in the worlds of a lot shows there are characters who clearly have problems that would be very hard to deal with in the real world without some sort of specific help. Such as Aang losing his entire culture to genocide, Marceline having to become a vampire again after finally becoming mortal again after 1000 years, or Steven dealing with his mom’s never-ending mess. Those are deep running events that leave scars on the psyche. Sokka playing therapist in “Nightmares and Daydreams” doesn’t cut it and the power of friendship can’t heal all wounds as much as we would like to believe. It’s troublesome and it sends a bad message to an impressionable viewer. But there are some characters that live in a narrative that have more in-depth coping tools, a great example being Helga Pataki from Hey Arnold. 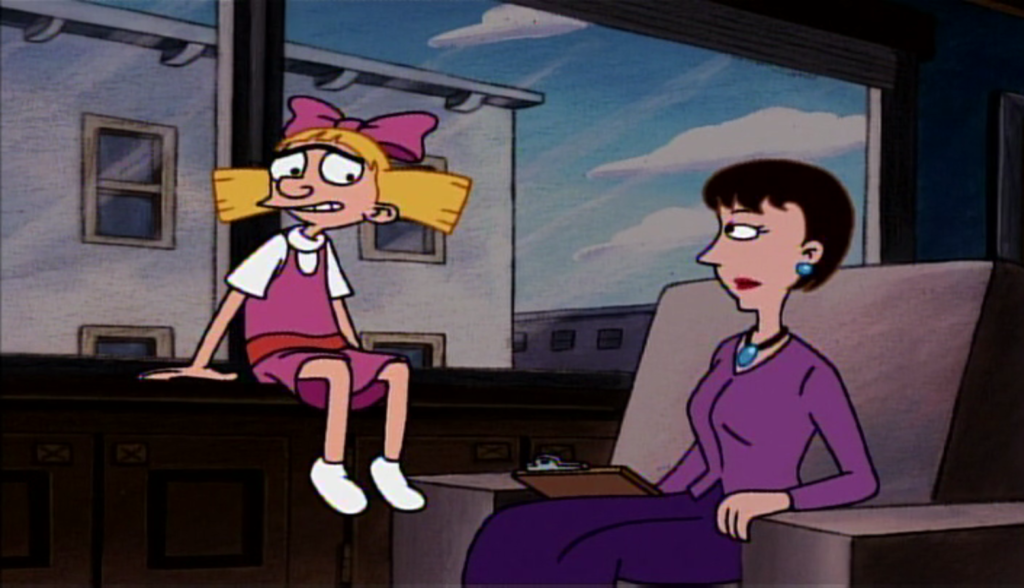 The main episode I wan to point out here is “Helga on the Couch”. The gist of it is a psychologist comes to the school to observe the kids, sees Helga acting out, invites her to therapy, and they just talk out Helga’s home life and obsession with Arnold. It’s so remarkable that a show for the TV-Y7 demographic showed us the inside of a therapist’s office, that it acknowledged that one of its characters has a neglectful/abusive family life, that she struggles, will continue to, and that it’s a process to feel better. This episode is 18 years old and it is… true to life, so much more so than any recent example has been. It’s the reality. Animation and realism obviously do not have to go hand in hand, but I think it’s important to show this stuff to kids. Having friends who support you is more convenient narratively and it’s a nice sentiment, but sometimes there’s deeper stuff going on that you need better equipped people to help you with. Sometimes you might benefit from trying medication or different methods of handling situations. These things don’t really make good plot moments when you’re facing alien threats and monsters, I guess. Hey Arnold was a character show based in reality, not a plot show, so it got away with a lot of deep and true stuff. 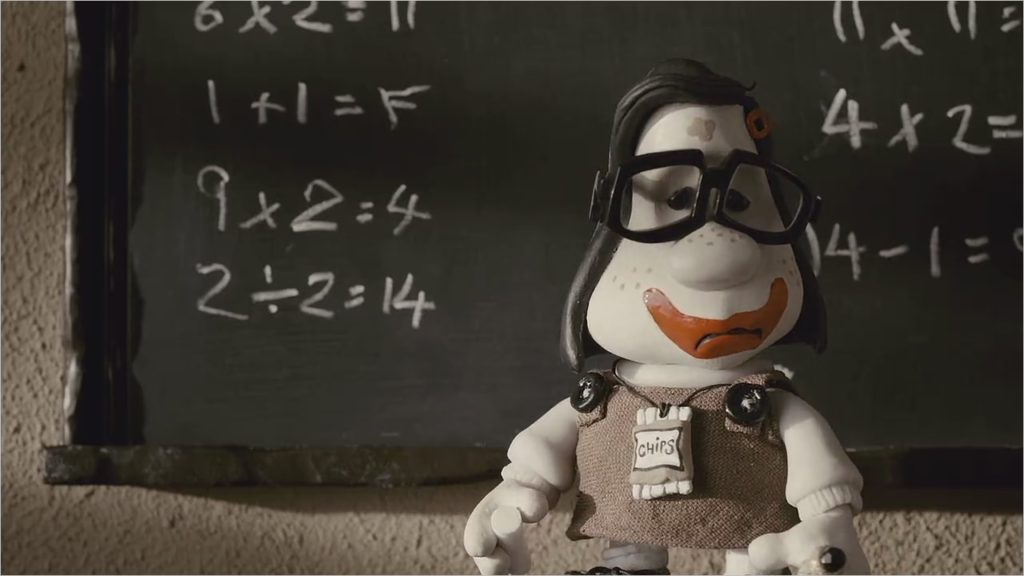 As you go up in audience age, the animated content tends to get more or less realistic with mental health topics. Daria, made for the MTV sect back in the day, deals with things like self-esteem, isolation, and anger and has a constant wannabe counselor character in the form of Mr. O’Neill. BoJack Horseman, a TV-MA Netflix original, looks at the effect child abuse in conjunction with fame has on its title character as well as talking about neglect, addiction, depression, and suicide. As Told By Ginger, which aired on the TEENick block way back when, looking at depression, grief, and hell, Macie’s parents are both therapists. Welcome to the NHK dealing with hallucinations, delusions, anxiety, and suicide. Mary and Max working with depression, anxiety, abuse, suicide, as well as Asperger’s. I’m sure Family Guy/The Simpsons/South Park have played some mental health issue straight for a second (though I’m not about to comb through 20+ years worth of episodes to find a small nugget). The “adult” animation approach to mental health is way more grounded in mistakes and struggles; not everything ends presumably perfectly.

The strange thing I find from all of this is that about the same number of kids suffer from mental illness as adults do, 1 in 5. So why isn’t there more openness with mental health issues in kid’s animation, and media in general, as there is with adult’s? I guess it comes down to genre. Media aimed towards kids tends to be more fantasy based: there’s always an adventure or bigger narrative happening, implausible situations and impossible slapstick. Media aimed towards adults is more based on real situations and the comedy/drama of it all. Kids are told that life is grandiose and has greater weighted meaning while adults are trying to cope with the fallout that life isn’t like that at all. And with that, we want to believe that any mental conflict we’re having can be power of loved away or wrapped up at the end of an 11 or 22 minute segment, an 88 minute movie, never to be mentioned again. While we don’t need to be slapping kids in the face with the harsh realities of the world, I don’t think that constantly instilling an unrealistic hope is too great either. 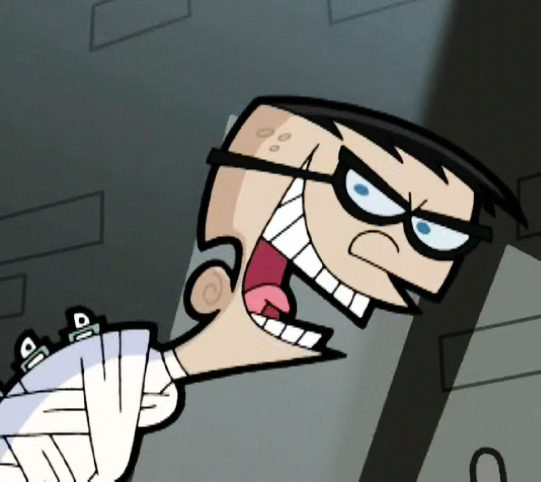 And of course on the other side of the coin, there is the simple fact that mental illness tends to be demonized. If anyone is going to be specifically stated as mentally ill, it’s the villain. Azula from Avatar: The Last Airbender is one of the main antagonists, someone who is an outright villain for most of the show. Then near the end she begins to have a mental breakdown complete with hallucinations, paranoia, and delusions and eventually she’s institutionalized. Mr. Crocker from The Fairly Odd Parents, another main antagonist, is always described as “crazy” and “nuts”, has a beyond unhealthy obsession with fairies, and shows up in a straitjacket from time to time. There are so many other examples across the board here. It’s an easy attribute to pin on a character to make them “evil” and that idea goes way, way back (think mental illness being perceived as demonic possession). And while yes in the world there are mentally ill people who have done unspeakably terrible things, this isn’t true for the majority. The fact of the matter is that correlation between the two in animation, and media in general, is damaging. 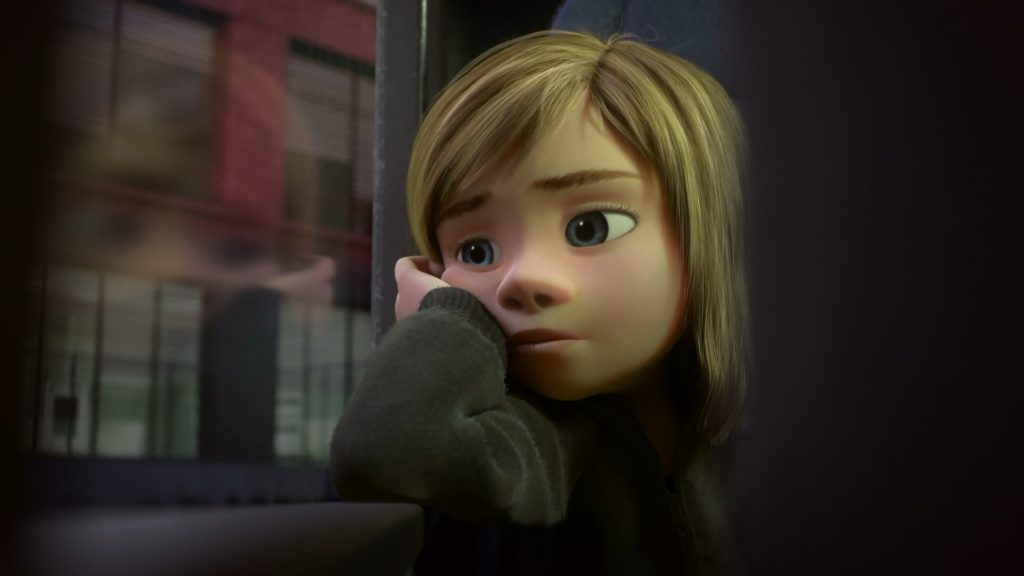 And with that, I have a hope that as time moves on we can be more upfront about mental health in our entertainment. In all respects, it’s been moving in a good direction. We’re getting places with shows like Steven Universe and Adventure Time, movies like Frozen and Inside Out, but are we ever going to get another “Helga on the Couch”? Are we ever going to confront a character’s problems in a manner that is realistic? Taken seriously? Not comically villainous or perpetuating stereotypes? Can the media kids consume ever tell them that it’s okay to admit that you’re not doing alright and you need help? Can entertainment in general do that? What we see on the screen is a reflection of ourselves, and in the words of Tony Curtis in the film The Celluloid Closet, “Movies are apart of everyone’s life. That’s where we learn about life.” It is important that we get it right.

To any of you out there struggling: there are always resources for you if you so choose to use them. Here are some I’ve found handy: