An Ode to Studio Killers

Have you ever heard of Alvin and the Chipmunks? How about Josie and the Pussycats? You’ve definitely heard of Gorillaz unless you’ve been living under a rock the past 20 years. Congratulations friend, you know about virtual bands. 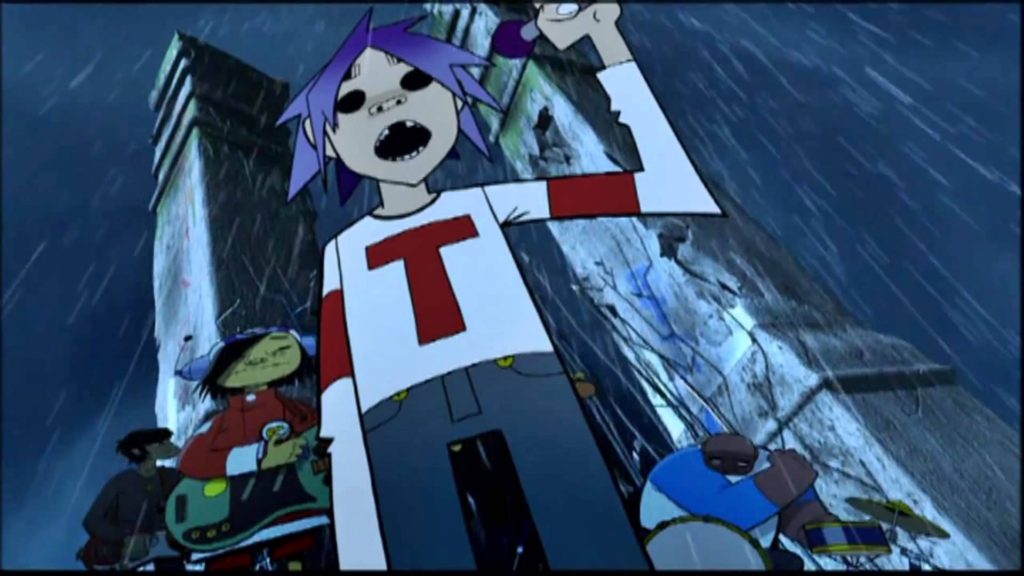 A virtual band is just a band that isn’t composed of actual beings but instead created characters. There are of course humans behind them making the actual music, but the whole appearance, who is on the album covers and in the music videos and performing live, is that of animated beings. It’s basically like voice acting. Tara Strong isn’t Timmy Turner, she’s just playing a role.

Anyway with all that definition stuff out of the way I want to talk about a virtual band that has been fascinating me for a few years. Studio Killers. Who are they? What’s going on with them? Is their music any good? Let’s take a look.

Studio Killers is an electropop band consisting of members Goldie Foxx, Dyna Mink, and Cherry. Really, with the genre of music they make the virtual band aspect makes perfect sense. Electronic music, even now that it’s basically taken over the popular music landscape in the West, has always been very image based. And I mean visual, created images, not image as in style (like Skrillex’s haircut). For example, any live show for an electronic artist is all about light, animated visualization of the music; it’s an experience with music, not obsessing over who is performing that music. Studio Killers fit right in with that aesthetic.

I think making a virtual band is a very wise decision for any musician, especially given that Studio Killers in particular gained popularity on the internet and almost solely exist on the internet. We are in the age of widespread fandom here, and real people/musicians are not immune from that. I was in a fandom for a few bands back in the day (My Chemical Romance mainly) and the complete lack of respect and understanding that these were actual human beings still makes me feel really disgusted to this day. Writing fanfiction about actual people is weird and incredibly invasive, I’ll say it. The people behind the Studio Killers don’t have to deal with that jarring happening at all, and they give their fans ample content with their characters (primarily the singer Cherry).Their Youtube channel is full of vlogs and art by the band members, their social media accounts aren’t updated every single day but they definitely are still active. The fandom isn’t as awake as it was when their only album came out almost four years ago, but it definitely still exists and the people running Studio Killers LLC seem to be very encouraging of fans, they even had a cosplay contest at some point. From the outside it seems like a really good situation for the creators. They get to almost anonymously make what they want to, find success doing it, and not have to deal with the discourse™.

So we’ve established over and over that Studio Killers’ members are fictional. Great. But who are they? 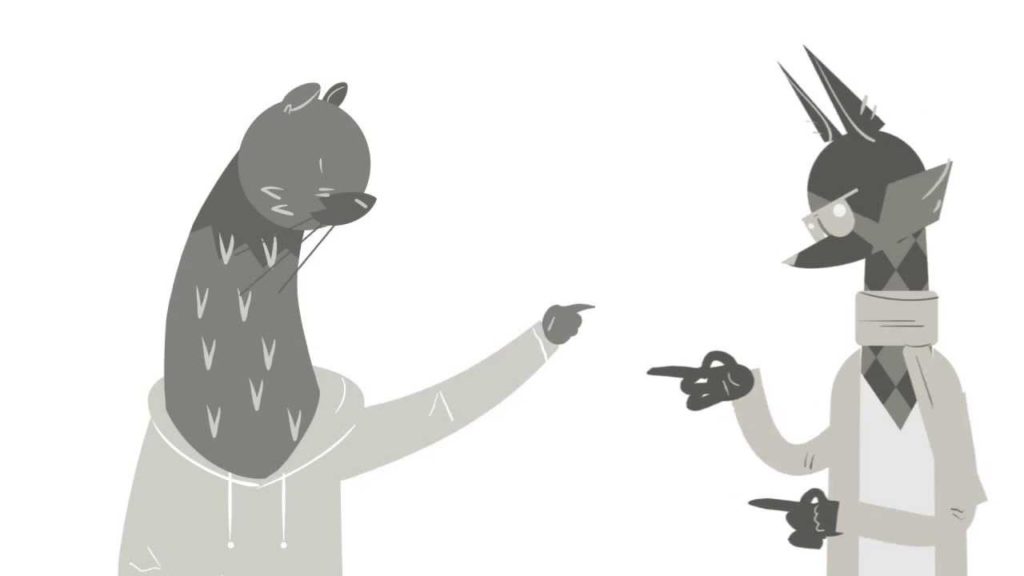 First we have Goldie Foxx and Dyna Mink. These guys are the music makers. They handle all the instrumentals and whatnot, Mink being the DJ and Foxx handling keyboard duties. From the vlogs they’ve made I would say that they’re pretty chill and feel believable. Foxx handles himself like a seasoned internet veteran and he’d probably be the cool teacher at school or something. Mink is a bit more on the “bloke”-y side I guess (I’m an American I don’t know), he probably likes to go out and party, maybe get into a bar fight once in a while. They are also like, actual animals. Like really, Goldie Foxx is a fox and Dyna Mink is a mink. They’re anthropomorphic, but still. Mind blowing, I know. 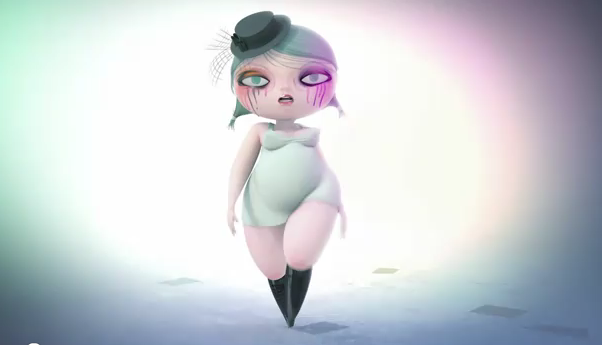 Cherry is the lyricist, singer, and much of the visual focus of the group. In fact she makes all of the group’s visuals herself. Unlike the boys, she’s a human. She’s a fashionista, likes to make art, has a lot of feelings, she’s like a tumblr girl from 2013 with a bit of a glitch aesthetic. I think it’s notable, of course obvious, that she’s fat. “Chubby” Cherry I’ve seen her called from various articles to their wikipedia page even. I think it’s actually really cool that the creators made that decision to make her chubby, being a life-long fat girl myself. Like when have fat people, fat girls, in media been so iconic? Stylish? We’re usually just frumpy, “duff” types or our weight is used for comedy. We’re not lead singers who dance unabashedly and have actual sexual/romantic feelings. But Cherry is and that’s really something. 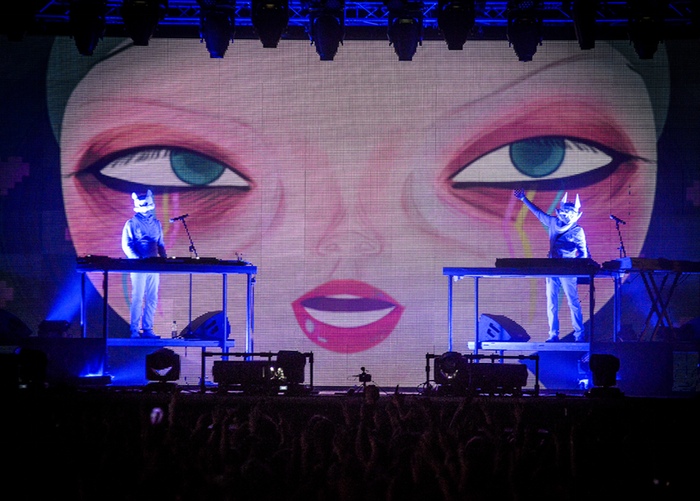 Now, I would argue that music is one of the more subjective things out there. Everyone has their different favorites, some people refuse to listen to what other people love. And with so much music out there it’s impossible to think that someone out there doesn’t like any of it. That being said, I really like the Studio Killers’ music. I probably wouldn’t be bothering to write an article if I didn’t. It’s upbeat, it’s emotional, it makes me feel good when I listen to them even if the song makes me feel sad about events in my personal life. They have the sound of 90s electronica mixed with 80s pop, and it is utterly infectious. It’s such a refreshing break out from the EDM that has conquered electronic music; Studio Killers have so much more heart and emotion and way much more fun doing it too.

They only have the one album, the self titled Studio Killers released in 2013, and a few other separately released songs. But I find those are perfect conditions for trying to listen to a new artist; you’re not weighed down by a 10 album discography and who knows how many b-sides. But even then some people don’t like to listen to the entire output by a band, I guess. So if there is one song you should listen to by them, it’s “Jenny”.

Yes of course I’m going to recommend the gay song. Who do you think I am? I first found out about Studio Killers via a The Last of Us fanfic I read in 2014 (yes I know that’s weird and that fanfic is lost to time. To be honest it was kinda bad). The fic mentioned “Jenny”, incorporated some of its lyrics, so I looked it up and it’s been a love affair ever since. Musically It’s a song that I think is a distant relative to “Girls Just Wanna Have Fun” or “Heartbeats“, synth pop with some Caribbean influence and in “Jenny” an accordion thrown in there for good measure. Lyrically, it’s a song about being in love with your best friend, based off of “real” events Cherry went through. And man do the lyrics describe the feeling so well from the gay standpoint of the subject: feeling borderline creepy for stealing little things from them like lipstick just because its theirs and you are so enamored by them, wanting to be with them and knowing it would ruin the friendship so you don’t know what to do, seeing the revolving door of boyfriends as silly and feeling that given the chance you’d love them so much better. It’s not a proud feeling and it’s not a proud song. It’s begging, pleading, desperate and it knows that it is. Cherry sings that she’s been “doing bad things that you don’t know about” and that’s just it. She knows she’s doing bad things, feeling “bad” things, and Jenny is in the dark about it. It’s guilt. But she still wants to ruin the friendship and be lovers instead despite it all. Who can’t relate to that? I wasn’t expecting to feel something so real from a song that I found in a fanfic.

They have a lot of other stand out songs, I’d argue that their entire creative output is worth at least one attentive listen. “Who Is In Your Heart Now?“, “Eros and Apollo“, and “Grande Finale” are some of my other favorites. There are some questionable/ignorant references to Mexican culture in the videos for “Jenny” and “Eros and Apollo” that make me cringe (whoops, there’s that discourse™), but overall the whole of what the Studio Killers are is a good time with a surprising amount of realness. Whether you like to dance with your friends, have a good time out, appreciate mixing different types of animation, or like to just have something to listen to to pass the time like I do, I highly recommend giving these guys a listen and a look.