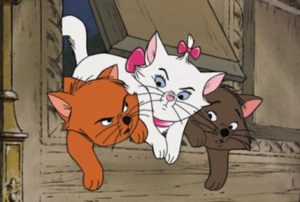 I can’t help it, I grew up on this. When I think old Disney, this is the first movie that comes to mind. It’s also when of the only movies I watched when I was two or three that I still enjoy to this day. It might be cliche, but I can’t help but smile at the love story between Duchess and Thomas. It’s just an all around cute movie, and I can’t help but love everyone: the kittens, the mouse, the dogs, the old lady. Yes, the Chinese cat is a terrible racist stereotype, but considering his only line in the movie is a single line in a song, it doesn’t ruin the whole movie to me. Whenever I want something harmless and fun, I just pop this movie in and know I don’t need to think, just sing. 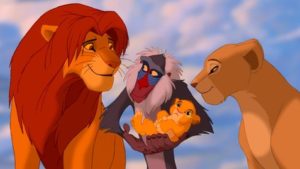 I almost put this at number five, as I love this and Aristocats equally, but ultimately Lion King won out for being the better movie. I told you I love coming of age stories, and here’s another great one. Everybody knows this movie, so I really don’t have much to add to the conversation except that scene still gets me every time. I can’t help but cry, and I probably always will. This film is an epic, and one that will stand the test of time. 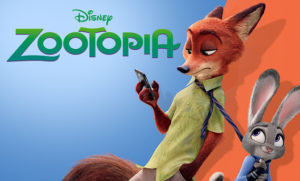 Confession time, I saw this in theaters, twice. I can’t help but love everything about this movie. It tries to do so much with such a simple premise, and on most fronts it succeeds. The references to past Disney movies really won me over, and I still am enjoying watching it over and over. The cast here is stunning; I never thought I’d get JK Simmons in a Disney movie, but sure enough, here he is. It’s a gorgeous film, and one with a lot of heart. I almost put it at number two, but one thing stopped me. 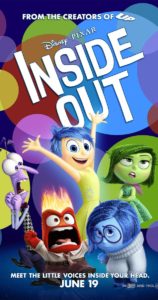 Who’s your friend that likes to play? This is the last coming of age story, I promise. The real question is what don’t I like about this movie. I was wondering how long it would take for this movie to make me cry, and the answer was less than 60 seconds. Just something about that opening scene with Riley and Joy alone feels so pure. The cast here just propels the movie forward, with what’s basically an Saturday Night Live reunion with some Office thrown in for good measure. Death scenes in Disney movies are rather overdone, and I won’t spoil it here, but the way this movie handles it was subtle, mature, and moving. I truly think this is not just one of my favorites, but one of the best animated movies ever made.

#1: Batman: Under the Red Hood 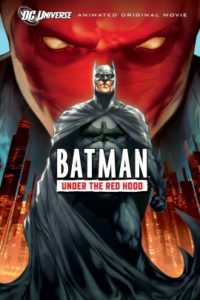 Am I really doing this? I had to ask myself, can I really put a DC comics animated movie at number one? Not Disney, Pixar, Ghibli, or Dreamworks, but Warner Bros. Animation? Then I remembered, this movie has a 100% rating on Rotten Tomatoes, and for good reason. They took a relatively recent comic story, and put it on film beautifully. John DiMaggio(yes Bender and Jake) doesn’t get near enough credit for his turn as the Joker, and the way he plays a slightly older Joker is amazing. He’s more subdued, but still completely nuts. It’s unlike any other Joker we see, and it’s a breath of fresh air. Neil Patrick Harris as Nightwing was a weird choice, but a strong one. He steals every scene he’s in, and perfectly balances Dick Grayson’s humor and the maturity he’s gained since shedding the Robin mantle. Finally, Jenson Ackles, best known as Supernatural’s Dean Winchester, was the perfect pick to bring the Red Hood to film. He’s a great antihero, and helps make the audience care about a character they may not know. The film is a great mystery, and ends in an amazing showdown. This movie, and its success, shows that an animated movie with a PG-13 rating can be amazing, and if we stop limiting ourselves, we can do some great things.

This list was insanely hard to rank, and so many great films get snuffed. Let me know what movies you love, and remember that no matter how we disagree, we all share a love of animation that unites us. That’s why I love these movies, that’s why you love yours, and that’s why we love discussing it.