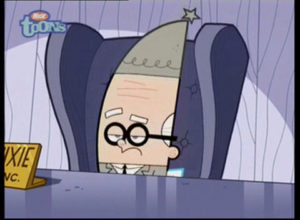 And we’re back to Fairly Odd Parents. This show is actually how I know who Ben Stein is, as I saw this long before I watched Ferris Bueller’s Day Off. My friend and I loved Head Pixie so much that when we were in high school and saw Stein at Liberty University, we stood up and shouted “HP.” Head Pixie is one of the most monotone, boring characters ever conceived, making him the perfect role for Stein. Not much needs to be said about this, except that for such a bland character, he sure adds some razzle dazzle to any episode. 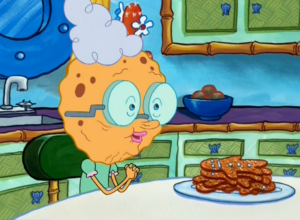 The episode with Henry Winkler turned out a lot better than I expected, being filled to the brim with classic movie references to everything from Footloose to Breakin 2:Electric Boogaloo. The one thing I wished they had done differently was include Marion Ross. The Happy Days star already had a recurring role on the show as Spongebob’s Grandma, and the reunion would have been legendary. Even though that didn’t happen, Ross always excels in her role, particularly her debut all the way back in season two. She was one of the first big guest stars the show brought in, and so she helped start the trend. 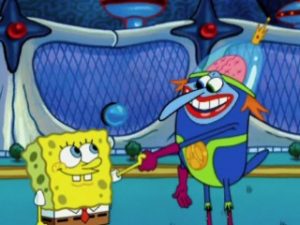 This is the last Spongebob episode, I swear. This inclusion is more for personal reasons, as I was a huge Bowie fan. As a kid I always had mixed feelings about this episode. I didn’t really like the payoff at the end, but the fact that the whole episode was a send up to Charlie and the Chocolate Factory was amazing to me. Looking back though Bowie’s performance was nothing short of ethereal. His every line delivery was spot on. This and the two entries after are definitely based more on personal reasons than the lower entries. This was a great performance by a true legend, rest in peace Bowie. 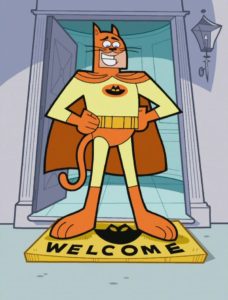 Yes, Adam West gets two entries. Because of this I still to this day have been known to exclaim “TV’s Adam West!” The set up was that in this universe Adam West played the fictional character Catman (If you don’t get the joke please see above entry on Adam West) and he appears as both himself and Catman. Catman himself is a great parody of Batman, but the true importance is that we see Adam West being Adam West before he did it on Family Guy. Ya that’s right, for once Family Guy didn’t steal a joke from The Simpsons, they stole it from Fairly Odd Parents. The last reason that I love this though, is because of a panel I went to that had Adam West. Someone in the crowd stood up and shouted that it was time for Catman to come out of retirement. As the crowd cheered West simply looked at the young man and said, “You remember that?” 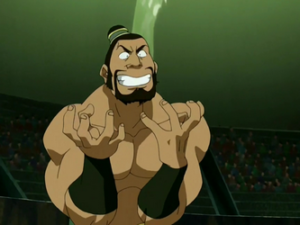 As some of you know, I’m a huge wrestling fan. For the longest time I didn’t even know this cameo happened, but now I absolutely adore it. One of my favorite wrestlers is the lovable Mick Foley. Known for playing a variety of characters ranging from hip, to scary, to lovable, Foley is a legend in the industry and an all around good guy. So really it comes as no surprise that he agreed to play the over the top wrestler, The Boulder. The character is a campy ode to professional wrestling, and a direct parody of The Rock, who used to be a rival and at one point tag team partner of Mick Foley. It was a fun role for a fun guy in a fun show, and that’s why it takes my number one spot.

Let me know what guest stars you guys loved to see, and keep your ears peeled, you never know who’s voice you’ll hear.